[CLOSED] GIVEAWAY: Win a Bundle of Cozy Mysteries + Other Prizes!

Curl up in an armchair and get to sleuthing.

Cozy mysteries always delight. From delectable baking mysteries to a knitting club murder, these tales are quirky, suspenseful, and real page-turners. Together with Kensington Books, Murder & Mayhem is giving away a cozy mystery bundle to one lucky winner! In addition to four books, you'll also get a bowl full of great mystery prizes—including some baking supplies and toys.

Enter for your chance to win, and learn more about the books in the prize below. 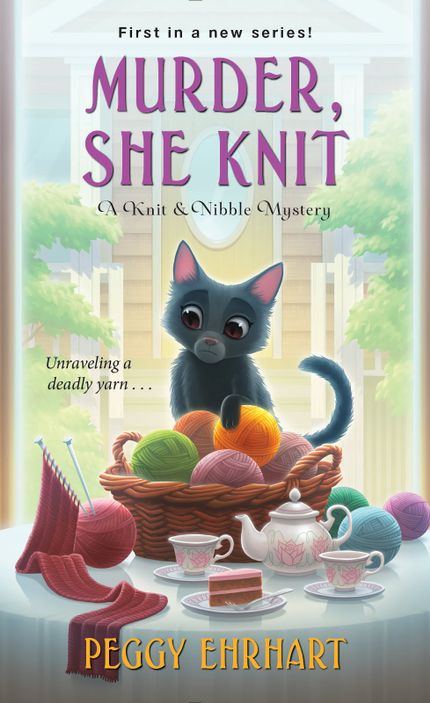 Since her only daughter left for college, widow Pamela Paterson has kept busy as associate editor of a craft magazine and founder of the Knit and Nibble knitting club in quaint Arborville, New Jersey. Now, she’s trying out a new hobby—solving murders!

Pamela is hosting the next Knit and Nibble meeting and can’t wait to liven up her otherwise empty home with colorful yarn, baking, and a little harmless gossip. She even recruits Amy Morgan, an old friend who recently moved to town, as the group’s newest member. But on the night of the gathering, Amy doesn’t show. Not until Pamela finds the woman dead outside—a knitting needle stabbed through the front of her handmade sweater . . .

Someone committed murder before taking off with Amy’s knitting bag, and Pamela realizes that only she can spot the deadly details hidden in mysterious skeins. But when another murder occurs, naming the culprit—and living to spin the tale—will be more difficult than Pamela ever imagined . . . 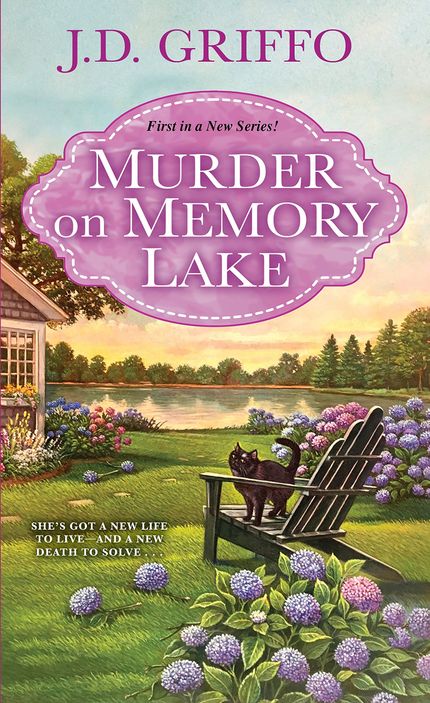 For Alberta Scaglione, her golden years are turning out much more differently than she expected—and much more deadly . . .

Alberta Scaglione’ s spinster aunt had some secrets—like the fortune she squirreled away and a secret lake house in Tranquility, New Jersey. More surprising: she’s left it all to Alberta. Alberta, a widow, is no spring chicken and she’s gotten used to disappointment. So having a beautiful view, surrounded by hydrangeas, honeysuckle, and her cat, Lola, sounds blissful after years of yelling and bickering and cooking countless lasagnas.

But Tranquility isn’t as peaceful as it sounds. There’s a body in the water—and it belongs to Alberta’s childhood nemesis. Alberta suspects foul play and when Alberta’s estranged granddaughter, an aspiring crime reporter, shows up, it only makes sense for them to team up and investigate . . . 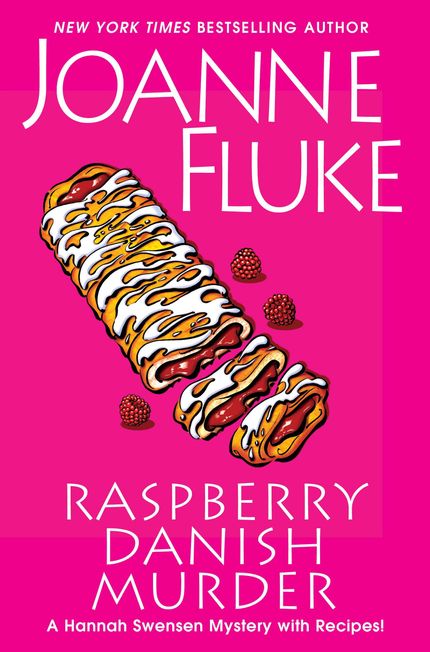 Thanksgiving has a way of thawing the frostiest hearts in Lake Eden. But that won’t be happening for newlywed Hannah Swensen Barton—not after her husband suddenly disappears . . .

Hannah has felt as bitter as November in Minnesota since Ross vanished without a trace and left their marriage in limbo. Still, she throws herself into a baking frenzy for the sake of pumpkin pie and Thanksgiving-themed treats while endless holiday orders pour into The Cookie Jar. Hannah even introduces a raspberry Danish pastry to the menu, and P.K., her husband’s assistant at KCOW-TV, will be one of the first to sample it. But instead of taking a bite, P.K., who is driving Ross’s car and using his desk at work, is murdered. Was someone plotting against P.K. all along or did Ross dodge a deadly dose of sweet revenge? Hannah will have to quickly sift through a cornucopia of clues and suspects to stop a killer from bringing another murder to the table . . . 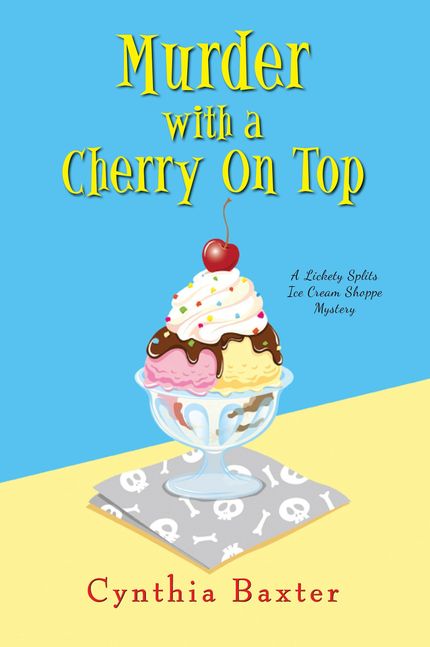 Murder With A Cherry On Top

Kate should be thrilled about opening Lickety Splits Ice Cream Shoppe in the heart of town. Instead her spirits melt like soft serve in the summer when she learns that her childhood frenemy, Ashley Winthrop, has started selling frozen treats in the bakery across the street. Turns out, Ashley hasn’t sweetened since high school. And, once again, she’s game for some very unfriendly competition . . .

But before Ashley can kill Kate’s new business, someone kills Ashley—stabbing her to death inside the bakery. Worse, the murder occurs right after the two rivals drew crowds with a heated argument, leaving half of Wolfert’s Roost speculating that Kate was finally pushed over the edge . . .

With rumors swirling and her reputation in serious trouble, Kate is determined to get the real scoop on the crime—even if it means joining forces with a former flame. As she pieces together clues to a chilling scandal, Kate soon realizes that she’ll need way more than a sprinkle of wit if she wants to expose the killer and live to see another sundae . . .

Murder With A Cherry On Top

Note: The sweepstakes is open to all legal residents of the 50 United States and Washington, DC who are 18 years of age and older by May 7, 2018.

Cozy mysteriesgiveawaysweepstakes
Published on 07 May 2018