This giveaway is now closed. We will contact our winners around November 12.

Fans of action and suspense, do not let this opportunity escape your clutches: Together with Kensington Books, we’re hosting a special Marc Cameron book giveaway in celebration of his latest thriller, Active Measures!

Read more about Quinn's thrilling new book below, and enter your email address for a chance to win!

Enter your email address for your chance to win our Jericho Quinn thriller series giveaway! 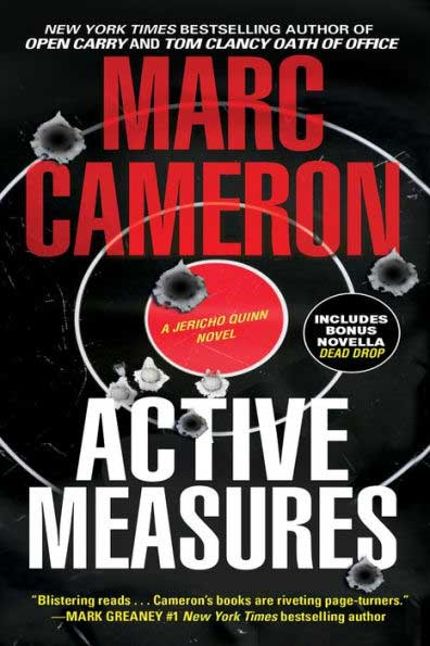 Cuba and the United States are in talks to normalize relations, something the old guard on the Communist-controlled island has vowed to stop—by any means necessary. Zayda de la Guardia, a rogue general in the Cuban security services, has gotten his hands on a nuclear weapon left over from the Cold War. He plans to launch it on Miami, an attack that could kill millions. There’s just one thing standing in his way: special agent Jericho Quinn and his team have traveled undercover to Cuba to unravel de la Guardia’s plot before it ignites a nuclear holocaust. Thrown into a secret prison, pursued by assassins, and trapped on the tiny island during one of the worst hurricanes of the century, Quinn and his crew must survive a trial by fire to prevent an international confrontation that would make the Cuban Missile Crisis look like a fistfight.

About the Jericho Quinn Thriller Series:

Meet Special Agent Jericho Quinn, an Air Force veteran, champion boxer, and trained assassin hand-picked for a new global task force that, officially, does not exist. Quinn answers only to the Director of National Intelligence and the U.S. President himself, putting his life on the line every day to combat terrorism and other international threats.

Note: The sweepstakes is open to all legal residents of the 50 United States and Washington, DC who are 18 years of age and older by November 1, 2019.