The bestselling author returns in 2020 with The Other Mrs.—and we’re giving away exclusive early copies of her upcoming release!

THIS GIVEAWAY IS NOW CLOSED. WE WILL CONTACT OUR WINNERS ON OR AROUND DECEMBER 24TH.

Mary Kubica is the New York Times bestselling author of blockbuster psychological thrillers like The Good Girl and Pretty Baby. In February 2020, Kubica will return with The Other Mrs., a gripping new tale of suspicion and murder set in small-town Maine.

To celebrate Kubica’s upcoming release, we joined forces with Park Row Books to give away exclusive early copies of The Other Mrs.—one for you and your friend!

Five lucky winners will receive two copies of Kubica’s hotly anticipated new novel The Other Mrs. Give the second copy to your closest thriller obsessed friend—and dive into this pulse-pounding narrative together before it hits shelves in February 2020!

Enter your email address for your chance to win two exclusive early copies of The Other Mrs. by Mary Kubica!

By submitting your email address you agree to receive emails from Murder & Mayhem. 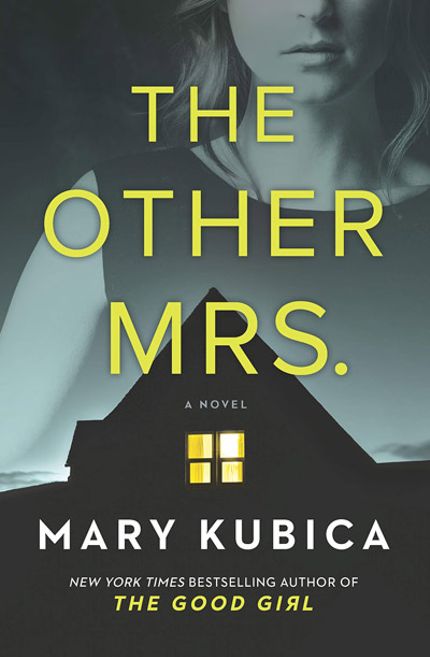 Propulsive and addictive, and perfect for fans of You, The Other Mrs. is the twisty new psychological thriller from Mary Kubica, the New York Times bestselling author of The Good Girl.

She tried to run, but she can’t escape the other Mrs.

Sadie and Will Foust have only just moved their family from bustling Chicago to small-town Maine when their neighbor Morgan Baines is found dead in her home. The murder rocks their tiny coastal island, but no one is more shaken than Sadie.

But it’s not just Morgan’s death that has Sadie on edge. And as the eyes of suspicion turn toward the new family in town, Sadie is drawn deeper into the mystery of what really happened that dark and deadly night. But Sadie must be careful, for the more she discovers about Mrs. Baines, the more she begins to realize just how much she has to lose if the truth ever comes to light.

Note: The sweepstakes is open to all legal residents of the 50 United States, Washington, DC, and Canada excluding Quebec who are 18 years of age and older by December 13, 2019.