Win this leather-bound, first edition of Michael Connelly's "The Late Show," which retails for $150!

First edition books are collector's items – and this #1 New York Times bestselling crime fiction novel from superstar author Michael Connelly is no exception. The Late Show, introducing female detective Renée Ballard, was released in 2017 to rave reviews, and as the first book in a brand new series, it deserves a place on any mystery fan's bookshelf.

Murder & Mayhem – in partnership with The Mysterious Bookshop – is giving away a signed, numbered, first-edition copy of The Late Show, worth $150, to one lucky winner! This giveaway will run from January 10–24, 2018.

Enter your email address below for a chance to win this special, collector's edition of The Late Show.

By submitting your email address you agree to receive emails from Murder & Mayhem and The Mysterious Bookshop. 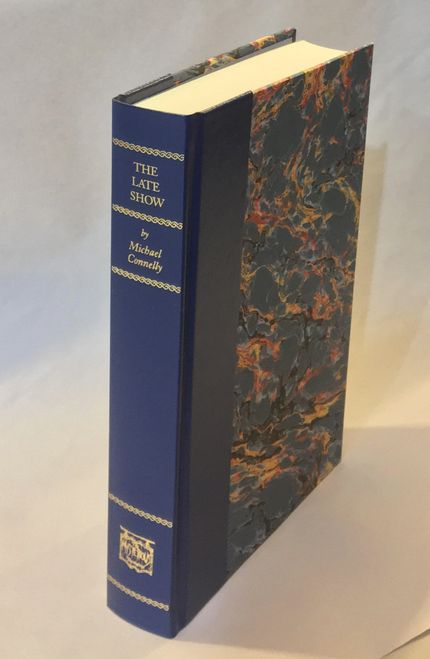 Renee Ballard works the night shift in Hollywood–also known as the Late Show–beginning many investigations but finishing none, as each morning she turns everything over to the day shift. A once up-and-coming detective, she's been given this beat as punishment after filing a sexual harassment complaint against a supervisor.

But one night she catches two assignments she doesn't want to part with: the brutal beating of a prostitute left for dead in a parking lot and the killing of a young woman in a nightclub shooting. Ballard is determined not to give up at dawn. Against orders and her partner's wishes, she works both cases by day while maintaining her shift by night. As the investigations entwine, they pull her closer to her own demons and the reason she won't give up her job, no matter what the department throws at her.

The edition is limited to 100 numbered copies (bound in blue leather and marbled boards). It is signed by author Michael Connelly. Retail value: $150

Note: The sweepstakes is open to all legal residents of the 50 United States and Washington, DC who are 18 years of age and older by 1/10/18.