One lucky winner will receive every book in the Desert Flowers, Literary Pub, and Lickety Splits cozy mystery series.

THIS GIVEAWAY IS NOW CLOSED. WE WILL CONTACT OUR WINNERS ON OR AROUND 12/10.

You don't need to be a P.I. to deduce that this is one thrilling opportunity: In partnership with Kensington Books, we're giving away a bundle of books from the Desert Flowers, Literary Pub, and Lickety Splits cozy mystery series! And with the long winter months ahead, now's the perfect time to curl up with whodunits that give you the warm and fuzzies.

These three series feature amateur sleuths you can't help but love: In Lee Hollis' Desert Flowers Mysteries, a widowed retiree teams up with her best friends to start a detective agency. In Cynthia Baxter's Lickety Splits Mysteries, protagonist Kate McKay swaps Manhattan for a small village, where she opens an ice cream shop and encounters a number of not-so-sweet characters. And in Sarah Fox's Literary Pub Mysteries, a book-loving pub owner must take a break from shaking cocktails when crime shakes up her Vermont town . . .

One grand-prize winner will receive a seven-book bundle comprised of every title in the Desert Flowers, Literary Pub, and Lickety Splits cozy mystery series:

...And five runners-up will receive the new/forthcoming installments in each cozy mystery series:

Don't let this opportunity pass you by. Enter today for your chance to win!

Enter your email address for your chance to win our winter cozy mystery series book bundle! 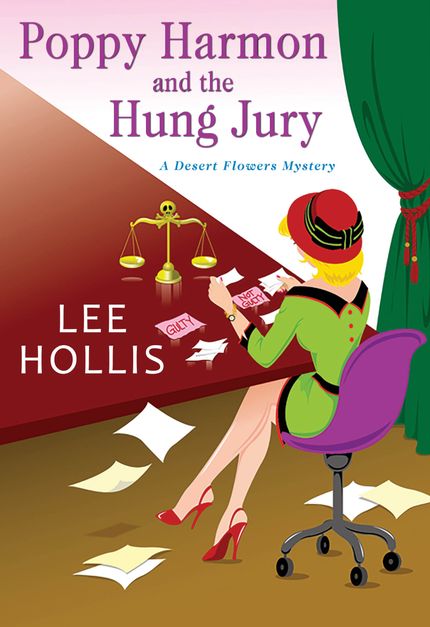 Poppy Harmon and the Hung Jury

If Poppy didn't believe she was in too deep as the only female juror in a high-profile assault case involving an infamously hot-tempered crooner, she’s sure of it upon meeting blast-from-her-past Rod Harper. A former TV co-star from her short-lived acting days, Rod is as dashing as ever, and now he wants to partner again—this time to locate his missing daughter . . .

Returning a pampered songstress with a penchant for running away back home unscathed shouldn’t be too challenging. But dodging Rod’s charms while on the job is another story—and so is finding a dead body! When Poppy discovers a fellow juror face down in a swimming pool, she’s unwittingly thrust into a murder investigation with sinister parallels to the troubled chanteuse’s disappearance . . .

As Poppy struggles to survive a steamy love triangle while deciphering the connection between two seemingly unrelated cases, the Desert Flowers Agency must outsmart a ruthless killer who will do anything to keep hideous secrets hidden away . . . including ensuring Poppy becomes the next forgotten ex-actress to bite the dust . . .

Poppy Harmon and the Hung Jury 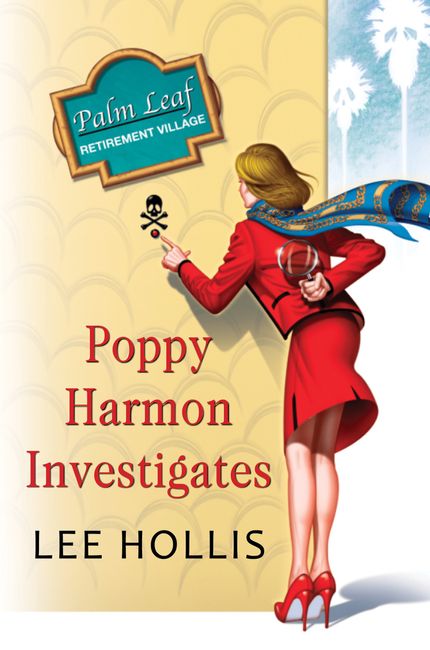 When Poppy goes from complacent retiree to penniless widow in a matter of weeks, the idea of spending her golden years as the biggest charity case in Palm Springs renders her speechless. With no real skills and nothing left to lose, Poppy uses her obsession with true crime shows to start a career as a private eye . . .

But after opening the Desert Flowers Detective Agency with help from her two best friends, Violet and Iris, Poppy realizes that age brings wisdom, not business—until she convinces her daughter's handsome boyfriend, Matt, to pose as the face of the agency. It’s not long before Matt’s irresistible act snags a client desperate to retrieve priceless jewelry burglarized from an aging actress at the Palm Leaf Retirement Village. Or before Poppy stumbles upon the bloodied body of the victim’s arch rival . . .

In a flash, Poppy’s innocent detective gig is upstaged by a dangerous murder investigation riddled with slimy suspects and unspeakable scandal. As she and her team uncover the truth, Poppy must confront the secrets about her late husband’s past and swiftly catch a killer lurking around the retirement community—even if it means turning her world upside down all over again. 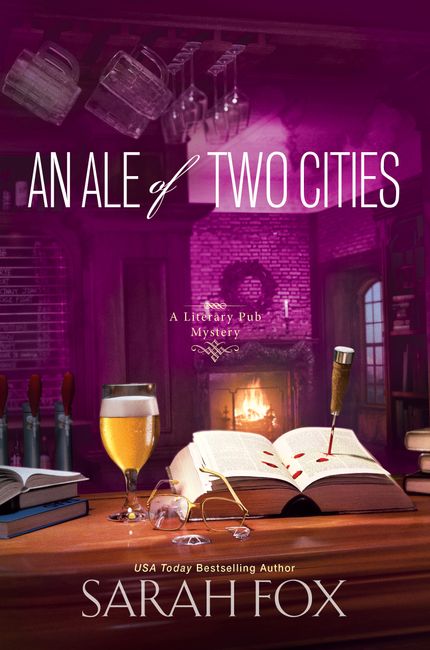 An Ale of Two Cities

But holiday cheer can’t compete with former resident and renowned chef Freddy Mancini, who arrives with his nose in the air, showing off his ice-sculpting skills like a modern-day Michelangelo. During the artists’ break in the night-long contest, Mel’s tools disappear . . . and Freddy is found dead with her missing pick in his chest.

Although the police turn their attention to Mel, it seems everyone in town had a grudge against Freddy, including his assistant, his mentor, his former flame, and even his half-brother.

Faster than she can fling a Huckleberry Gin, Sadie finds herself racing to make sure the police don’t arrest the wrong suspect—all while sharing a flirtation with local brewery owner Grayson Blake. Their chemistry leads to a heated rivalry at the hockey rink—and to the hot pursuit of a killer.

An Ale of Two Cities 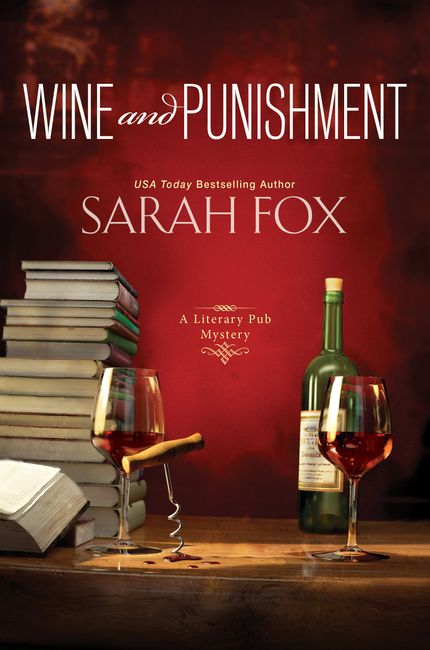 Booklover Sadie Coleman knows that in life, as in fiction, the right setting can make a world of difference. The small town of Shady Creek, Vermont, seems like the perfect place to start over after losing her Boston job to a merger and her relationship to her ex’s gambling addiction. She’s bought and redecorated the old grist mill pub, transforming the Inkwell into a cozy spot where tourists and regulars alike can enjoy a pint or a literary-themed cocktail, or join one of several book clubs.

Little by little, Sadie is adjusting to the rhythms of her new home. Fall in Shady Creek is bookmarked by the much-anticipated Autumn Festival, complete with a pumpkin catapult competition and pie bake-off. Unfortunately, the season also brings an unwelcome visitor—Sadie’s ex, Eric, who’s angling for a second chance . . .

Before Sadie can tell Eric to leave, he’s found dead near the Inkwell. When the local antique shop catches fire on the same night, it’s clear the town is harboring at least one unsavory character. Now, with her Aunt Gilda, her friend Shontelle, and the pub’s patrons all in the mix, Sadie must uncover the truth . . . before a killer declares last call. 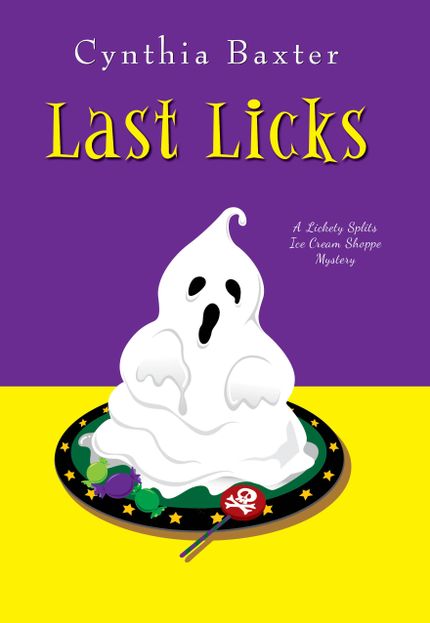 Kate receives the shock of a lifetime when she’s blindsided by an offer she can’t refuse. An assistant movie director desperately wants to shoot a key scene at Lickety Splits and she’s willing to pay big bucks to sweeten the last-minute deal. All Kate has to do is tolerate a bustling film crew for a few hours and provide one important prop—a scoop of handmade ice cream . . .

But when up-and-coming actress Savannah Crane drops dead after spooning down some chocolate almond fudge, Kate’s first taste of Hollywood might be her last. Someone poisoned the leading lady, and with Lickety Splits draped in yellow crime scene tape, detectives are ready to cast Kate as the leading suspect . . .

Determined to clear her name, Kate finds herself churning through a long list of unsavory characters to catch the real killer lurking around town. As she uncovers the truth about the jealous rivals and obsessive stalkers who haunted Savannah’s life, Kate soon realizes that tangling with the late starlet’s “fans” could make this her most terrifying fall yet . . . 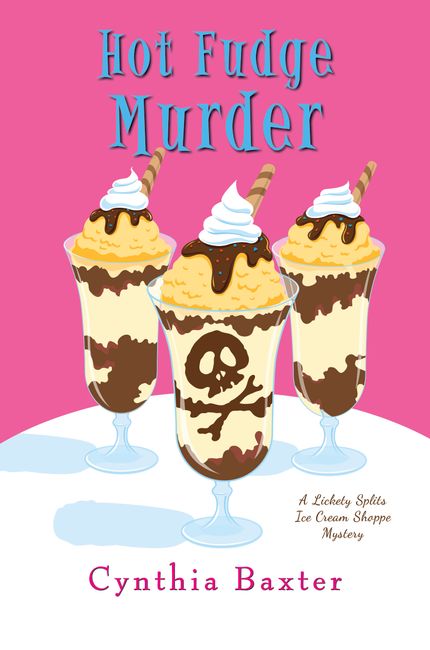 Once Kate arrives at a glamorous gala hosted by world-famous fashion designer Omar DeVane, she’s instantly intimidated by the mogul’s luxurious mansion and the frosty personalities of his handlers. But the party completely loses its flavor when guests follow screams to a room that’s eerily empty—except for Omar’s freshly murdered body . . .

While the headline-grabbing crime brings a steady stream of journalists to the sleepy village of Wolfert’s Roost, Kate knows things won’t return to normal until Omar’s killer is brought to justice. And with the scandalous case driving customers away from Lickety Splits, she has no choice but to put down the ice cream scooper and expose the culprit on her own . . .

As Kate crashes high-profile photo shoots and mingles with fashion’s biggest influencers in search of clues, the puzzling truth about Omar’s fame and fortune rises to the surface—and with it, the key to his killer’s twisted motive. Kate will have to navigate the celebrity lifestyle to save her fledgling business, but her attempts to freeze cold-hearted criminals in their tracks could lead to a double scoop of deadly trouble . . . 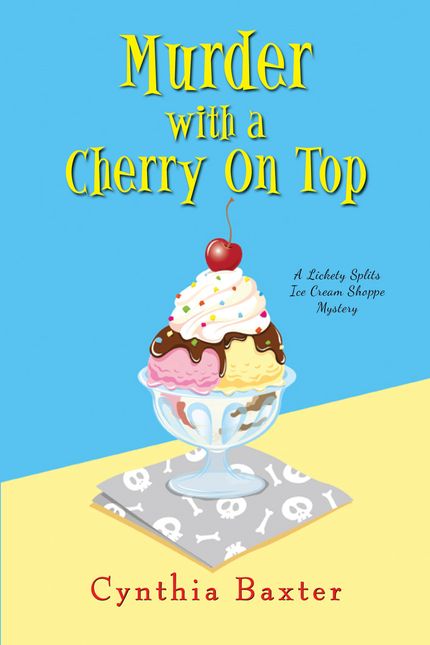 Murder with a Cherry on Top

Kate should be thrilled about opening Lickety Splits Ice Cream Shoppe. Instead her spirits melt like soft serve in the summer when she learns that her childhood frenemy, Ashley Winthrop, has started selling frozen treats in the bakery across the street. Turns out, Ashley hasn’t sweetened since high school. And, once again, she’s game for some very unfriendly competition . . .

But before Ashley can kill Kate’s new business, someone kills Ashley—stabbing her inside the bakery. Worse, the murder occurs right after the two rivals drew crowds with a heated argument, leaving half of Wolfert’s Roost speculating that Kate was finally pushed over the edge. With her reputation in serious trouble, Kate is determined to get the real scoop—even if it means joining forces with a former flame. But she’ll need far more than a sprinkle of wit if she wants to expose the killer and live to see another sundae . . .

Murder with a Cherry on Top

Note: The sweepstakes is open to all legal residents of the 50 United States and Washington, DC who are 18 years of age and older by November 29, 2019.