Susan Furlong’s Latest Mystery Will Chill You This Winter

Fractured Truth is the latest installment in the popular Bone Gap Travellers series.

After spending several years writing delightful cozy mysteries, author Susan Furlong entered the darker world of suspense in 2017 with the Bone Gap Travellers series. The first book in the series, Splintered Silence, introduces readers to Marine MP Brynn Callahan who, after her tour of duty suddenly comes to a halt, returns to the U.S. with her canine partner, Wilco, and PTSD. She reluctantly ventures back to her hometown in Bone Gap, Tennessee, where her family of Irish Travellers lives in the Appalachian Mountains. There, Wilco discovers the dead body of a woman in the woods, igniting hostilities between the Travellers and the “settled” townspeople they keep themselves secluded from. And when Brynn finds that she has a connection to the dead woman, she realizes that what she thinks she knows about her past may be a lie…and that she’s in grave danger. 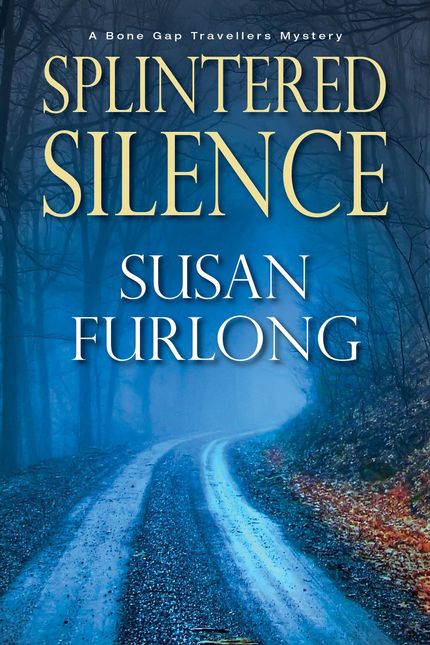 The second book in the series, just published this winter, picks up as Brynn becomes a deputy sheriff in Bone Gap. In Fractured Truth, it’s not long until Brynn faces her first homicide case. When the mutilated body of a young woman is found in the snow, the new sheriff is taken aback when she realizes it’s fellow Traveller Maura Keene. And when Wilco digs up human bones and a scrap of paper with Latin written on it, Brynn begins to question those closest to her. 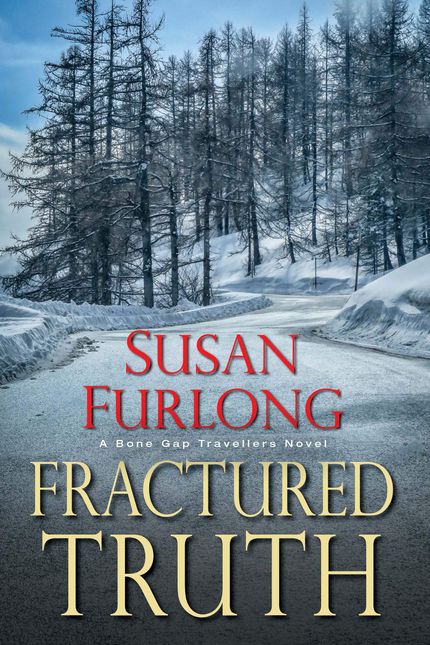 Furlong’s Bone Gap Travellers novels not only provide a suspenseful mystery, but they also open readers up to an ethnic group they might not be familiar with: Irish Travellers. Though predominantly located in Ireland, there are many Travellers living in the United Kingdom and the United States. Not a lot is known about their histories, but Travellers are a nomadic group that tends to be secluded from settled society. As is evident in Furlong’s fiction, these two very different communities and ways of living can clash.

The series also dives into PTSD and the emotional toll it plays on veterans returning from the front lines. Both Brynn and her dog Wilco are suffering mentally and physically. During an explosion, Brynn was burned badly while Wilco lost his hearing and one of his legs. Together, they help each other heal—though the road to recovery is often a rocky one.

Before Susan Furlong chilled us with the thrilling Bone Gap Travellers series, she took on the lighter side of mystery with cozies. Writing under the pen name of Lucy Arlington, along with authors Ellery Adams and Sylvia May, Furlong started the Novel Idea Mystery series in 2012 with Buried in a Book. The trio continued to write the next three books in the series together, with Furlong fully taking over starting with the fourth installment, Played by the Book. There are currently five books in this delightful bibliomystery series that follows Lila Wilkens—a middle-aged journalist who accepts an internship at literary agency A Novel Idea after losing her job. Throughout the series, Lila solves bookish murders—from that of the aspiring author who drops dead in the agency’s waiting room to a man found murdered at an expo featuring bridal book authors.

The charming series isn’t the author’s only claim to cozy fame. Furlong also is the author of the Georgia Peach Mystery series. When Nola Mae Harper returns to her childhood home of Cays Mill, Georgia to help run her family’s peach farm in the first installment, Peaches and Scream, she soon realizes things are running poorly…so poorly, in fact, that the problems threaten the Harpers’ livelihood. To make things even worse, a local businessman is found murdered among the peach trees—and fingers of blame are pointing right at the Harper clan. The series continues throughout the next two novels, as Nola Mae Harper runs into her fair share of small town drama and murder.

From cozy mysteries that readers are sure to enjoy to more thrilling tales of suspense, Susan Furlong is a staple of the mystery genre. Check out her latest series—Bone Gap Travellers—and prepare to be hooked.