This Enthralling Political Thriller Will Captivate You

A new trilogy—not to be missed!

The first in a trilogy, The Accidental Patriot begins the story of Stanley Bigelow.

Living alone in Pittsburgh after losing his spouse, Stanley is recruited to lead a secret government project. The government’s first choice for the operation was killed before the project could fully get underway—and the president decides that Stanley is the next best choice. He fits the job description due to his solitary lifestyle and specific set of engineering skills. Terrorists targeted and killed his predecessor, but Stanley agrees to the job regardless. His day-to-day life changes completely. 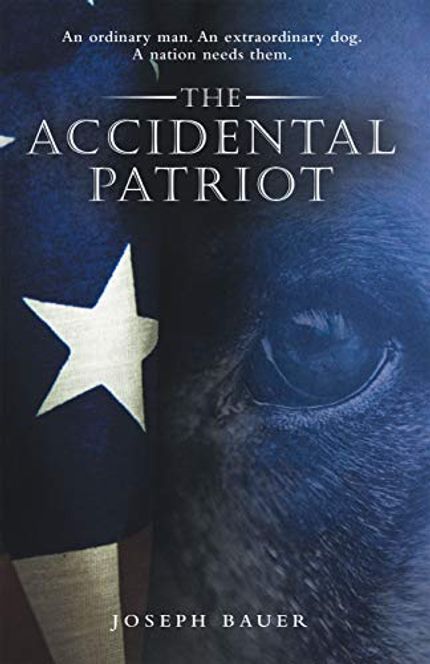 Captain Tyler Brew, a Navy SEAL tasked with overseeing the project that has already gotten one person killed, is understandably fearful for Stanley’s safety and wary of the president’s decision to choose the widower. Stanley is a genius engineer, but he’s not exactly in the best shape and he’s older than Tyler had envisioned for the ideal candidate. But orders are orders and Tyler Brew is not one to disobey. He’ll do what it takes to keep Stanley—and the project as a whole—safe.

Stanley is placed in witness protection and given twenty-four-seven security. He’s also paired with Augie, a specially trained agent who just so happens to be a German shepherd. Stanley, Jack, and Augie are in for a feat as they start to get word of terrorist preparations. Determined to complete this assignment, Stanley is up for the challenge—so long as Augie remains by his side.

Joseph Bauer’s authorial debut, The Accidental Patriot is a love letter to K9 officers and those who give all to serve their country. The sequel, The Patriot’s Angels is already out so don’t waste any more time before diving into the story of a man and a dog learning to work together for the good of their country.

This Enthralling Series is the Ultimate in Political Suspense