What Makes a Thriller?

For much too long, you see, thrillers like my latest Blaine McCracken tale The Tenth Circle were the bastard stepchildren of the publishing industry. Denied a firm placement of their own, they have struggled to carve out an identity and definition separate from mysteries and crime stories. Sure, there’s some overlap, quite a bit sometimes, but for our purposes today, let’s review the primary criteria that define what makes a thriller like The Tenth Circle distinct.

In his first book, Killing Floor, the great Lee Child introduces his iconic Jack Reacher character stopping over in a town where his brother, coincidentally, was just murdered. Now if Reacher was concerned only with finding his brother’s killer, we’d have a mystery. Along the way, though, he uncovers a massive counterfeiting plot that his brother had been investigating.

So, the book isn’t just about investigating a murder, it’s about seeking revenge on the perpetrators and bringing down their crime ring in the process. That’s a perfect example of how a book’s stakes figure into defining what that book is. Think back to James Bond’s cinematic debut in Dr. No and the great line where Bond, lighting a cigarette, responds flippantly after the evil genius villain has just sketched out his plan: “World domination ... Same old plan.” That’s what Blaine McCracken is facing in The Tenth Circle at the hands of a crazed preacher who’s managed to get his hands on a super-weapon and, stop me if you’ve heard this before, but only Blaine can stop him. 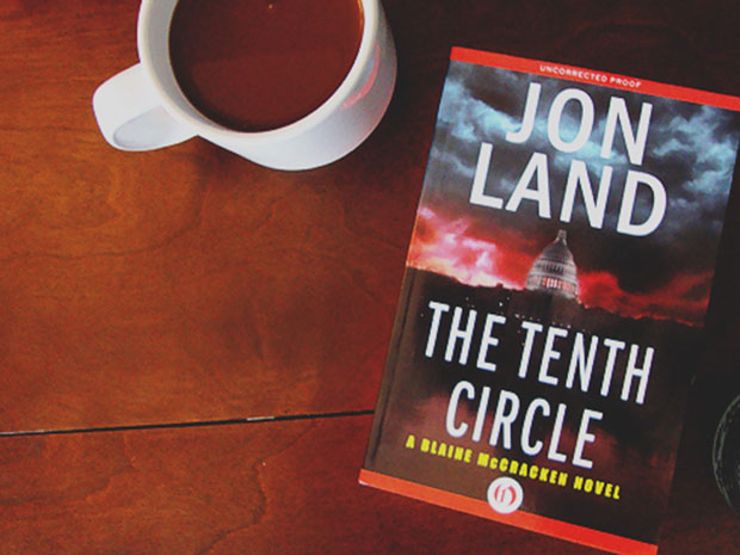 2. A HERO IN JEOPARDY

Another key element in distinguishing a mystery or crime novel from a thriller is the plight of the hero. In a mystery, we follow the investigation through the eyes of the hero who is chasing the perpetrator while not always being threatened by that perpetrator or larger forces surrounding him. But a thriller places the life of the hero at risk, in danger. In order to survive, he or she must get to the bottom of what’s going on. The villains must not just be caught, they must be stopped. See, thrillers are at their heart quest stories in the grandest tradition and for that reason they are often intensely personal.

Remember the great Hitchcock film The Man Who Knew Too Much? Jimmy Stewart’s son is kidnapped to stop him telling the authorities what he knows, so the only way to get the boy back is to stop the bad guys himself. The ultimate quest with the lives of his entire family hanging in the balance as he gets to the root of an assassination conspiracy. McCracken faces a similar challenge in The Tenth Circle when the offspring of his surrogate son is taken hostage to keep Blaine under control. Not to give anything away, but let’s just say the bad guys made a BIG mistake!

3. AN OUNCE OF PREVENTION

Jumping off a bit from the point above, thrillers are almost invariably about stopping something really bad from happening, not just investigating something that already has happened. It’s not a mystery, so much as a puzzle where the hero must fit all the pieces together in order to preempt a truly evil plot sure to harm lots of people. In that sense, the thriller form is interactive, asking the reader to play along with the hero in assembling all the clues. The villain, in turn, is determined to stop the hero’s efforts which creates the kind of nail-biting suspense that lies not only in wondering whether the hero will survive, but also whether he or she will succeed in preventing the Really Bad Thing from happening. In The Tenth Circle, there’s an ancient weapon of mass destruction somehow connected to two of history’s greatest mysteries. And the Really Bad Thing, if it succeeds, will change America forever. 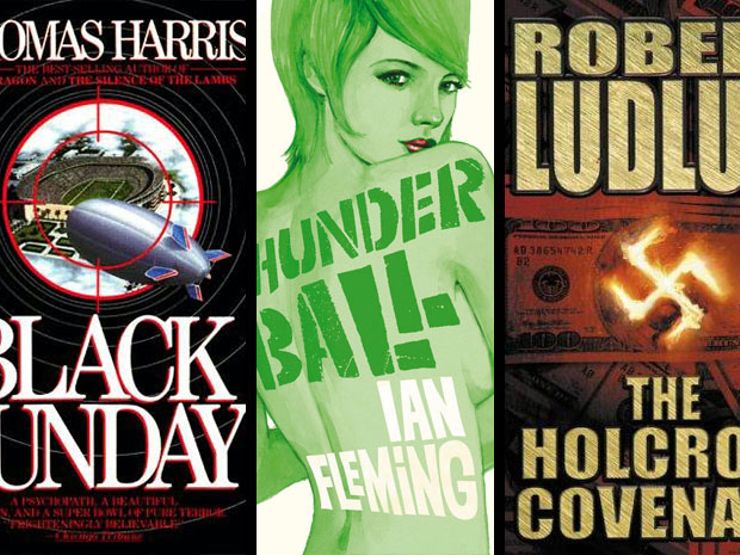 4. HOLDING UP THE MIRROR

Mysteries and crime tales are seldom motivated or defined by societal concerns. Contrast that with the modern evolution of the thriller. The great paranoid conspiracy books by Robert Ludlum, like The Holcroft Covenant and The Matarese Circle, were spawned by the Watergate era where government became the enemy. Ronald Reagan restored trust to government but also reignited the Cold War, giving birth to the likes of Tom Clancy and a whole spat of thrillers more interested in machines than men. The end of the Cold War that accompanied the collapse of the Soviet Union in the early 1990s pretty much killed the thriller form for a while. Sales plummeted, as thriller writers sought a new identity, a new enemy.

We got both on 9/11. Suddenly a whole new generation of bad guys were born in Islamic terrorists, obviously capable of doing the Really Bad Thing thought to be only the product of fiction until that fateful, redefining day. The post 9/11 era, that birthed the likes of Vince Flynn, Brad Thor, Daniel Silva, and Alex Berenson, reinvigorated the thriller form and planted the seeds for the explosion of the genre’s popularity today. All of a sudden, we needed heroes again, and characters such as Mitch Rapp, Gabriel Allon and Scott Harvath more than fit the bill. If we couldn’t kill the boogeyman in real life, at least we could kill him in fiction, and the new wave of heroes was more than up to that task. But thriller writers are also ahead of the curve as well.

Before he created Hannibal Lecter, Thomas Harris foresaw 9/11 in Black Sunday, his brilliant book about a terrorist attack on the Super Bowl. The Really Bad Thing in Ian Fleming’s 1961 Bond novel Thunderball was nuclear terrorism. Who could have known? This was actually the most fun I had with The Tenth Circle, since the villain is based on the real life, smalltime Florida preacher who burned Korans and set the entire Muslim world on fire in the process. That made me realize that a crazed, all-powerful villain didn’t need to have unlimited resources or an army behind him. Indeed, the Reverend Jeremiah Rule is a villain for the Internet age where evil can go viral at any moment.

Here’s the thing, my friends. At their best, thrillers tell us something we didn’t know before while keeping us turning the pages well past our bedtime. But, thankfully for writers like me, that never stops you from coming back for more.

Jon Land is the USA Today bestselling author of Pandora’s Temple (winner of the 2012 International Book Award in the Adventure Thriller category), The Tenth Circle, and more than 30 other novels including the critically acclaimed Caitlin Strong series that includes the forthcoming Strong to the Bone. He lives in Providence, Rhode Island and can be reached on the web at jonlandbooks.com.