Maybe the book is always better, but that doesn't stop us from getting excited about film adaptations.

If there’s one statement bookworms generally agree on, it’s that the book is almost always better. But that doesn’t stop us from eagerly waiting for our favorite books to be made into films. And 2022 is shaping up to be a stellar year for adaptations. We’ve compiled nine of our most anticipated mystery and thriller book adaptations coming out next year.

Directed by Adrian Lyne, Deep Water follows Vic Van Allen (Ben Affleck) and Melinda Van Allen (Ana de Armas). To survive a rough spot in their marriage, they come to a poisonous agreement. She can take lovers as long as she doesn’t leave. But eventually the jealousy builds, and one of her lovers ends up dead. And then the deadly mind games begin. Affleck and de Armas bring their real-life (at the time) chemistry into this intense psychological thriller. It the movie is anything like the novel, Deep Water should be a complex and passionate adaptation.

Death on the Nile

The 17th novel in the Hercule Poirot series by Agatha Christie is being brought to life by a blockbuster cast. Detective Hercule Poirot (Kenneth Branagh) is enjoying a tranquil cruise along the Nile River when fellow passenger Linnet Ridgeway (Gal Gadot) is shot in the head. Poirot sets out to investigate the ship’s passengers but quickly discovers nothing is quite what it seems. Fans of Christie’s well thought out mysteries will delight watching this all-star adaptation unfold on the big screen. Even more exciting, Branagh—who is also directing—hopes to continue adapting these novels and create a “cinematic universe” of Christie’s works. 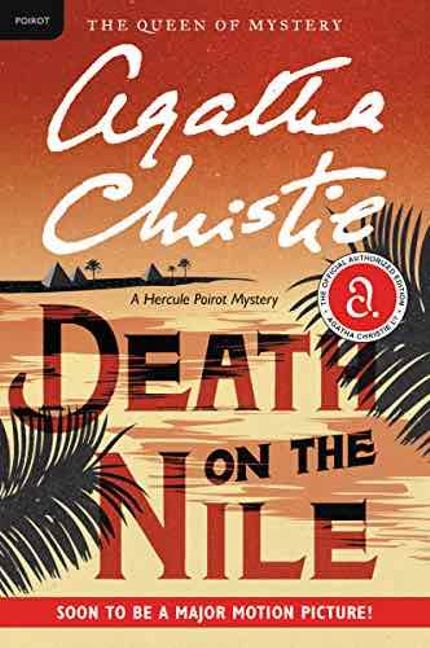 In the explosively popular My Best Friend’s Exorcism, we go back to 1988, when Satanic Panic was inciting alarm all across the country. Abby (Elsie Fisher) and Gretchen (Amiah Miller) are just starting their sophomore year. After a skinny-dipping disaster, Gretchen becomes moody and strange things keep happening whenever she’s around. Trying to get to the bottom of her best friend’s behavior, Abby discovers the horrifying truth: Gretchen is possessed by a demon. Determined to save her best friend, Abby sets out to prove their friendship is powerful enough to beat the devil. Fans hope to see Hendrix’s snarky humor topped with the 80’s backdrop brought to vivid, neon, demonic life. 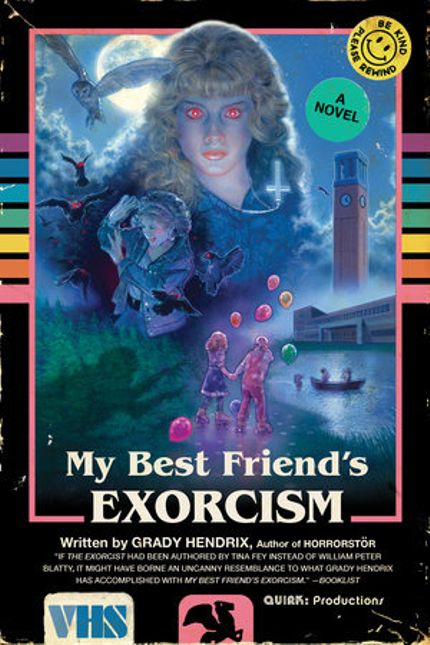 Every Halloween, Sawtooth Jack comes out of the cornfields holding a butcher knife. Every Halloween, gangs of teenage boys wait on the edge of the field to try and claim their prize. This Halloween, Richie Shepard (Casey Likes) knows killing Sawtooth Jack is his ticket out of town. He joins forces with Kelly Haines (E’myri Crutchfield) and the two relentlessly pursue the town’s nightmare to win their freedom—no matter what. Directed by David Slade (Hannibal), Dark Harvest promises to be the dark, supernatural thriller of the Halloween season. 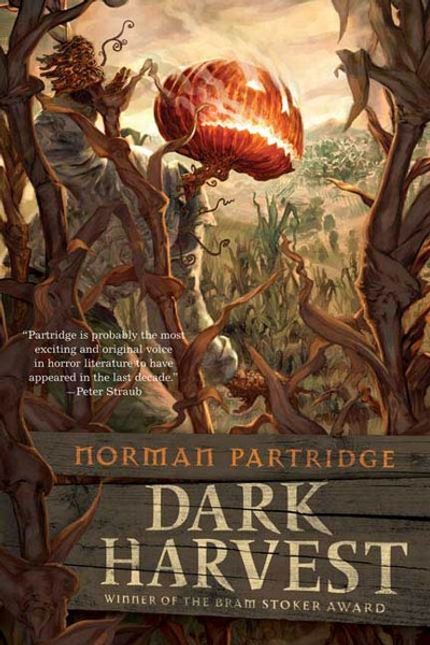 Director David Leitch (John Wick, Atomic Blonde) is no stranger to bringing gritty, dark action thrillers to life. When Lady Bird (Brad Pitt), otherwise known as the “unluckiest assassin in the world” boards a bullet train to Tokyo, he has one task: grab a suitcase and get off the train. But there are four other assassins on board (Joey King, Zazie Beetz, Aaron Taylor-Johnson, and Brian Tyree Henry). And they all want the same suitcase. The novel is known for its propulsive action peppered with dark humor and electric energy. With this star-studded cast, fans expect the movie to fulfill the same promises. 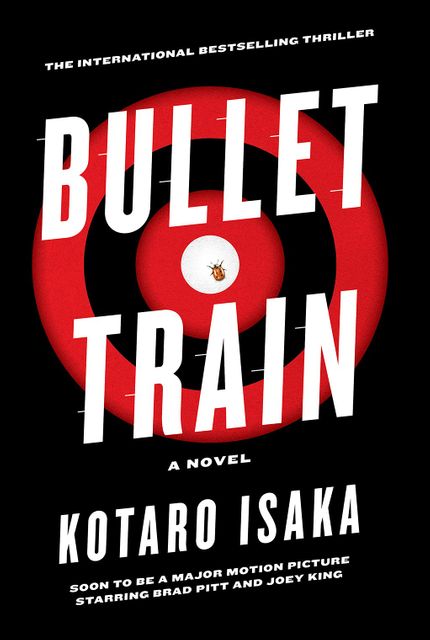 When Charlie Cullen (Eddie Redmayne) was arrested in 2003, the media quickly named him “the Angel of Death.” But the truth was far more complicated. Cullen was a celebrated caregiver, working in nine hospitals over sixteen years. He was a husband, son, father, and best friend. He was also responsible for upwards of 400 patient deaths, making him the most prolific serial killer in America. But when one nurse (Jessica Chastain) sees Cullen for who he is, she risks everything—including the safety of her children—to see justice served. The Good Nurse follows not just the investigation, but paints a harrowing picture of the medical system and how easy it was for a killer to hide in plain sight.

Related: It Takes a Community: Writing Crime at the Midnight Hour 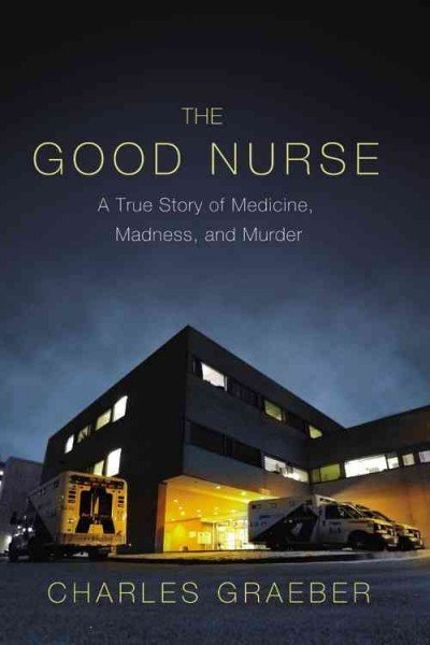 Though Salem’s Lot has been adapted twice, it was for television with much smaller budgets. King fans are eager to see if more money makes this adaptation one they can sink their fangs into. Ben Mears (Lewis Pullman) returns to Jerusalem’s Lot to explore the history of an old mansion for his new book. But when two boys (Nicholas Crovetti and Cade Woodward) go into the woods, only one comes out alive. Ben discovers there’s a vampire in town, and the entire community must band together if they want to survive. This adaptation has a major reputation to live up to. King’s second novel established his fanbase and created a lifelong love for the way he twists the genre into something new and unexpected. Fans will want the movie to do the same.

Related: Pseudonyms and Secrets: The True Identities Behind 7 Mystery Writers 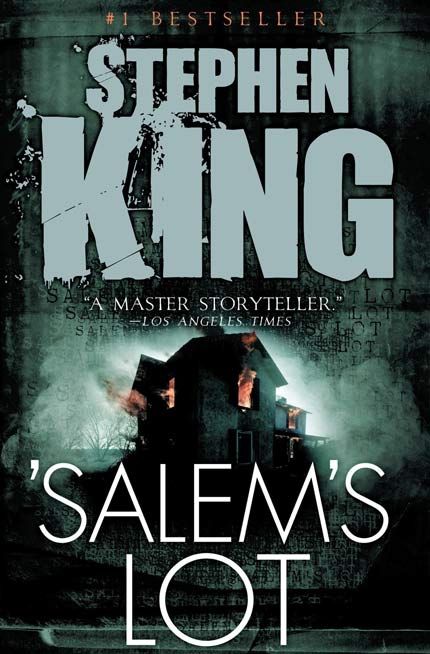 Ani FaNelli (Mila Kunis) has the perfect life. She works at a high-profile magazine, has an expensive wardrobe, and is planning the perfect Nantucket wedding. But her life is a lie. When she’s invited to participate in a documentary about an incident at the prestigious high school she once attended, Ani is forced to confront the secrets she’s spent her entire life burying. With Mike Barker (The Handmaid’s Tale, Fargo) directing and Knoll herself writing the script, Luckiest Girl Alive should have all the wicked edge and razor-sharp bite that fans loved in the novel.

Related: 10 Killer Mysteries and Thrillers You Need to Read 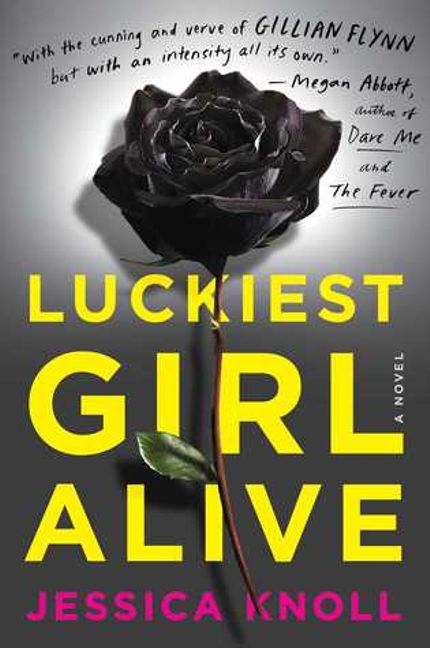 "The Black Phone" originally appeared as a short story in Joe Hill's fiction collection 20th Century Ghosts. There’s something hunting the boys of Galesberg, Colorado. For two years, they’ve gone missing without a trace—and now Finney Shaw (Mason Thames) knows where they are. He’s alone in a basement stained with their blood. The only thing down there with him is a disconnected antique black phone. But when it rings, it’s the previous victims on the other end. And they don’t want Finney to join them. With a chilling performance by Ethan Hawke as the sinister killer, The Black Phone looks to be a truly terrifying experience. 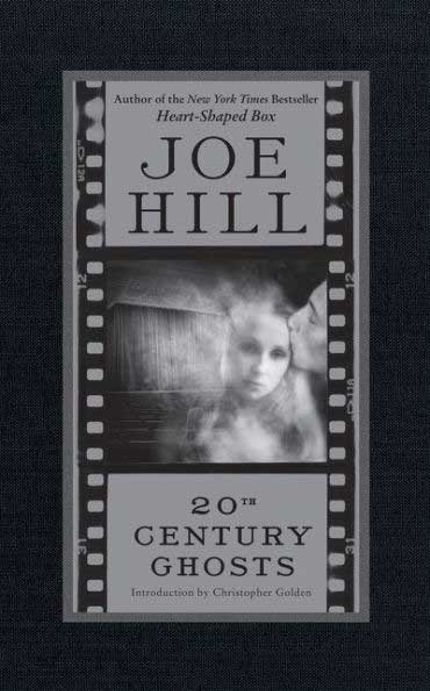