Nesbø's mastery of Nordic noir will leave you with chills.

Novelist, soccer player, musician, stockbroker, rock climber, children’s author—Jo Nesbø is the Renaissance man of Nordic noir and one of the most popular crime writers in the world. His signature creation, the alcoholic Oslo detective Harry Hole (pronounced HO-leh), first appeared in Norway in 1997 but had to wait nearly 10 years to make his English-language debut with The Redbreast (2006). Mystery fans fell hard for the novel’s fully realized characters, intricate plotting, and ambitious reckoning with Norwegian history, while reviewers hailed Nesbø as the next Henning Mankell. He soon stepped out onto his own, however, with a string of near-perfect thrillers that introduced a cast of indelible secondary characters—including Harry’s on-again, off-again girlfriend Rakel Fauke and her son, Oleg—and featured enough red herrings to fool even the most jaded crime novel aficionado.

Hailed for his ability to fit multiple storylines together like the pieces of a jigsaw puzzle, Nesbø began to expand his palette, digging deep into Harry’s traumas and addictions and taking his charismatic antihero from Hong Kong to the Congo. He also branched out from the series, showcasing his diverse talents in a whimsical children’s book and standalone adult novels that combine page-turning thrills with emotional depth. Recently, he delivered a gritty, long-awaited noir update of Macbeth for Hogarth’s Shakespeare series. With Hollywood adaptations of The Son and Blood on Snow currently in the works, now’s the time to get acquainted with this master of Scandi noir—here are nine essential novels to kick start your new obsession. 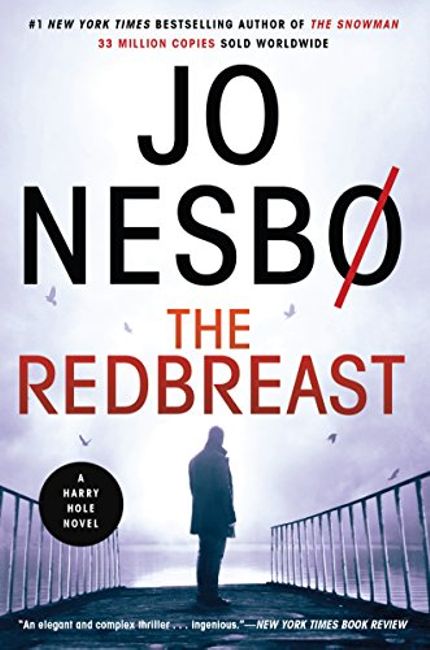 Norway’s dark history as a haven for Nazi collaborators propels this ingenious crime novel as it moves between WWII-era battlefields and modern-day Oslo. On the trail of a vicious neo-Nazi, Harry stumbles across a plot to assassinate Norway’s Crown Prince. Meanwhile, back in the trenches of the Eastern Front, a corpse’s sudden reappearance baffles a group of Norwegian soldiers who volunteered to fight against the Allies. The separate storylines collide in a pulse-pounding climax that finds Harry unlocking the book’s many mysteries—including the meaning of its mysterious title—just as disaster strikes. 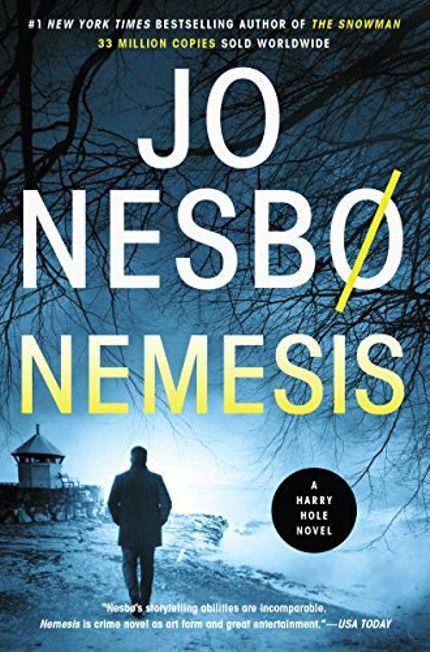 Vengeance is the theme of this intricately plotted thriller that involves a cold-blooded bank robber and a string of questionable suicides. With his girlfriend out of town, Harry meets a former flame for drinks—and wakes up brutally hungover the next morning to the news that the woman is dead of a self-inflicted gunshot wound. But a close look at the evidence points to a more nefarious cause of death, and Harry soon finds himself accused of murder. Meanwhile, he’s trying to track down a professional thief who killed a bank teller during an otherwise perfectly-executed heist. The solution to both cases forces Harry to see that the past never dies—it only lies in wait, preparing to strike when you least expect it. 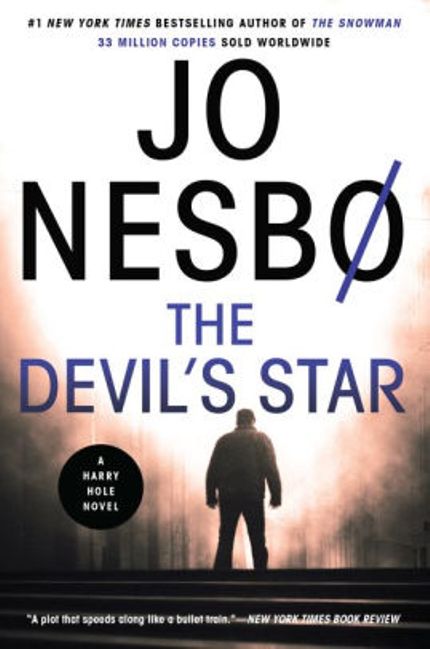 Harry’s demons are on full display in this gripping procedural that picks up right where Nemesis left off. Mourning the death of his former partner, he sobers up long enough to connect the murders of two women: In both cases, the killer amputated one of his victim’s fingers and placed a star-shaped red diamond on her body. As he searches for the meaning behind those gruesome clues, Harry plays a dangerous game with the corrupt lead investigator, Tom Waaler. In danger of losing his job and the only thing that keeps him from killing himself with booze, Harry makes a fateful choice—and pays a terrible personal cost. 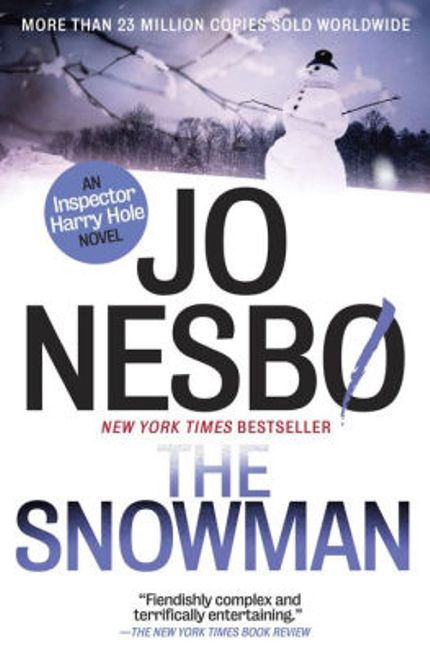 A serial killer strikes on the first snowfall of the year—and announces his grisly intentions by building a snowman where his victims can see it. But even more diabolical than the murderer’s rules is his willingness to break them. Joined by Katrine Bratt, an enigmatic new member of the Oslo police force, Harry searches for the motive behind a string of crimes that stretch back a quarter century—and soon discovers that he’s far closer to the heart of the case than he ever imagined. Unfortunately, the 2017 film adaptation starring Michael Fassbender, J. K. Simmons, and Rebecca Ferguson fell far short of its excellent source material.

Related: The First Trailer for The Snowman Will Chill You to the Bone

Love Nordic noir? Sign up for Murder & Mayhem's newsletter, and get thrilling recommendations delivered straight to your inbox.

At the start of this nightmare-inducing fever trip, Harry is holed up in Hong Kong, nursing an opium habit. He’s called back to Oslo for a couple of reasons: His father is seriously ill and Kaja Solness, the new head of the Crime Squad, needs his help investigating two murders linked by strange stab wounds in the victims’ mouths. Departmental politics force Harry and Kaja to go underground with their investigation, which takes them from a picturesque Scandinavian ski lodge to the Democratic Republic of Congo as the death toll mounts in frequently gruesome fashion. Arguably the most violent, action-packed entry in the series, The Leopard is a searing journey in the heart of darkness. 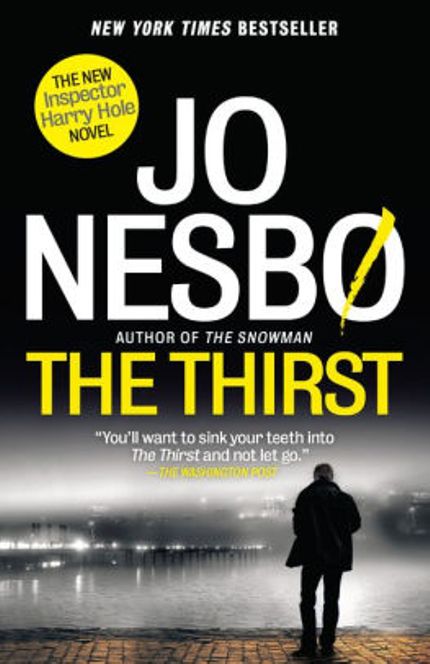 The latest entry in Nesbø’s bestselling series topped the New York Times’s list of the Best Crime Novels of 2017. Harry is drawn out of blissful retirement when a fiendish killer begins dispatching his Tinder dates. The women are found with their throats ripped open by a set of metal-spiked teeth—the murderer appears to have the vampiric habit of drinking his victims’ blood. Harry suspects that a madman from his past is on the prowl again, but it’s only when his beloved Rakel slips into a mysterious coma that the beleaguered detective knows he’s been lured into the fight of his life. 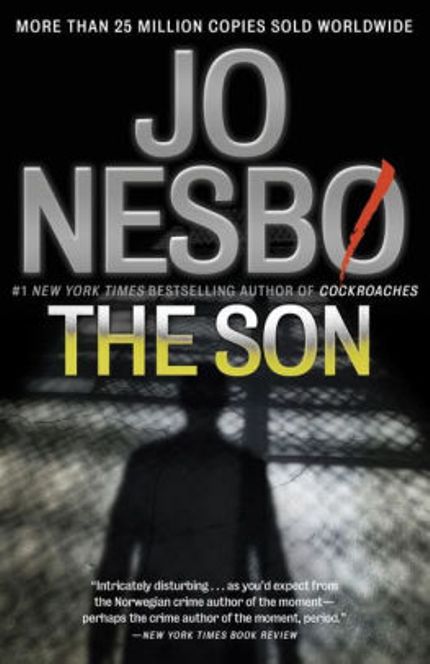 Sonny Lofthus, aka “The Son”, is an inmate of Oslo’s Staten Maximum Security Prison. Once a promising student and athlete, Sonny fell deep into heroin addiction after his corrupt cop father, Ab, killed himself. Now Sonny is serving time—and receiving a steady supply of drugs from prison officials, lawyers, and dirty police officers—for confessing to two murders he didn’t commit. But when a fellow inmate makes a startling admission concerning Ab’s suicide, Sonny kicks his habit, engineers a daring prison escape, and wreaks a trail of havoc across the Oslo underworld. Deeply compelling themes of loyalty, revenge, sacrifice, innocence, and guilt makes this standalone thriller one of Nesbø’s most powerful and fully-realized novels. 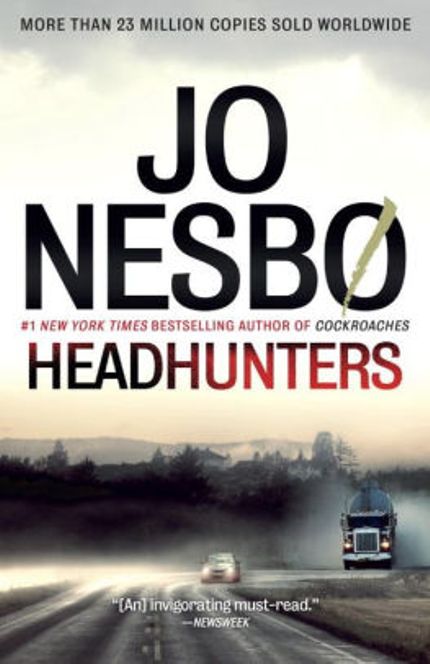 Nesbø proves that he can walk on the lighter side of the noir street in this entertaining caper that reads like a Nordic mash-up of Elmore Leonard, Carl Hiaasen, and the Coen Brothers. Roger Brown is a British ex-pat living in Oslo whose lavish lifestyle and high-maintenance wife demands that he supplement his corporate headhunting gig with a side hustle in art theft. But when he attempts to steal a priceless painting from a mysterious job candidate, Roger enters into a world of trouble the likes of which he’s never seen. A dizzying set of crosses, double-crosses, and deaths ensues, as Roger learns too late that he can’t trust anyone—or can he? The 2011 movie adaptation of Headhunters won a BAFTA Award for Best Foreign Language Film and currently ranks as Norway’s highest-grossing film of all time. 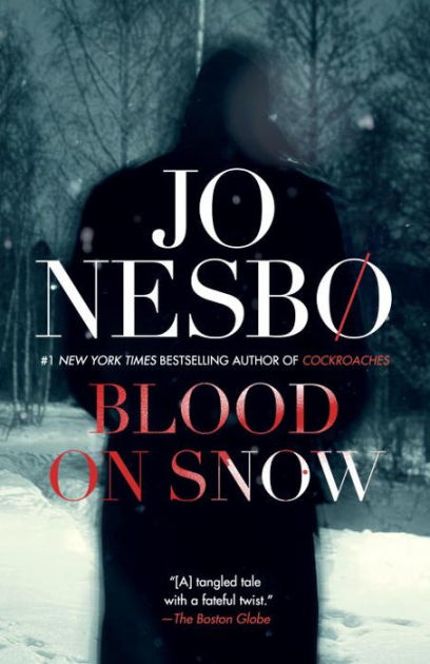 This slim, mesmerizing thriller introduces Olav Johansen, a cold-blooded yet curiously introspective “fixer” for one of Oslo’s most powerful drug kingpins, just as he gets his most dangerous assignment yet: His boss Daniel Hoffman wants Olav to “fix” his wife. But as he watches the beautiful Corinna Hoffman let a stranger into her apartment, Olav thinks the situation may not be as black-and-white as it seems—is she having an affair, or being blackmailed? Torn between his “innate talent for subordination” and his boundless capacity for love, Olav makes a fateful choice that sets in motion a string of devastating consequences. A companion thriller, Midnight Sun, was published in 2016, and Tobey Maguire plans to make his directorial debut with a film adaption of Blood on Snow based on Jo Nesbø’s script.