CONDOR: The Thrilling New TV Series Will Put You on Edge

James Grady’s 1974 novel, Six Days of the Condor, gets a modern twist.

In a post-Watergate America, James Grady’s 1974 novel, Six Days of the Condor, and the Robert Redford-starring film that followed just one year later, Three Days of the Condor, fit perfectly into a time consumed by government conspiracy theories. Over 40 years later, the AT&T AUDIENCE Network released its original TV series. CONDOR, based on the book and film adaptation. The series stays true to the source material but with modern twists that make it feel as relevant as ever. 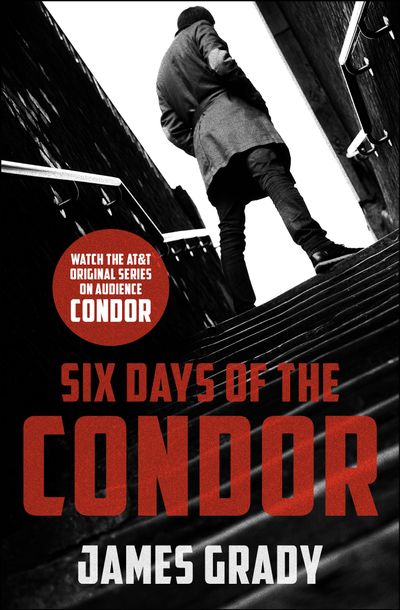 The book Six Days of the Condor follows Ronald Malcolm—a CIA employee responsible for analyzing the plots of mystery and spy novels, looking for hidden messages. While at lunch one day, his coworkers are murdered. Realizing the agency has been compromised, and not knowing whom he can trust, Malcolm makes a run for it. In the Sydney Pollack film adaptation, which shortened the time period from six days to three, the protagonist is rechristened Joe Turner—a name the new series also adopted.

In CONDOR, Max Irons—son of Jeremy Irons—takes on the lead role. With the setting changed from New York to Washington D.C., the modern Joe Turner develops a morally questionable algorithm that aims to identify probable terrorist threats. When his algorithm identifies a Saudi-born American citizen on his way to a packed football stadium, the CIA moves in to eliminate their target.

Soon thereafter, Turner’s team is wiped out by unknown assassins … and Turner is the only one to escape with his life. Now on the run, he finds refuge in the home of a woman whom he only recently met, Kathy Hale (Katherine Cunningham). In the 1975 adaptation, Faye Dunaway played Hale—who was introduced to the narrative via a forced abduction. Turner will have to learn the truth behind the knowledge he possesses if he hopes to survive.

For a sneak peek, watch the trailer below.

Want more mystery series? Sign up for Murder & Mayhem's newsletter and get chilling recommendations delivered straight to your inbox.