A Case for Detective Short Stories

John Dickson Carr believes the short story is the natural format for a detective story. Mystery expert Otto Penzler agrees–and names a few of his favorites.

This makes perfectly good sense, of course, because many mystery stories rely on a single clue, one so well hidden that the reader misses it, while the brilliant detective observes it and makes deductions from it, resulting in the unmasking of the criminal. This can be done very effectively in a short story, while much of the prose in a novel is devoted to character development, witty dialogue, a sense of time and place, red herrings, and all the other elements of a full-length work that we may admire and enjoy but which, when we come down to it, is no more than an enhancement to the actual mystery and its solution.

Ample evidence of a series of outstanding mystery short stories may be found in the works of another MWA Grand Master, the prolific Lawrence Block, whose Defender of the Innocent: The Casebook of Martin Ehrengraf includes all the adventures of the dapper lawyer who is one of Block's most creative inventions.

Defender of the Innocent: The Casebook of Martin Ehrengraf 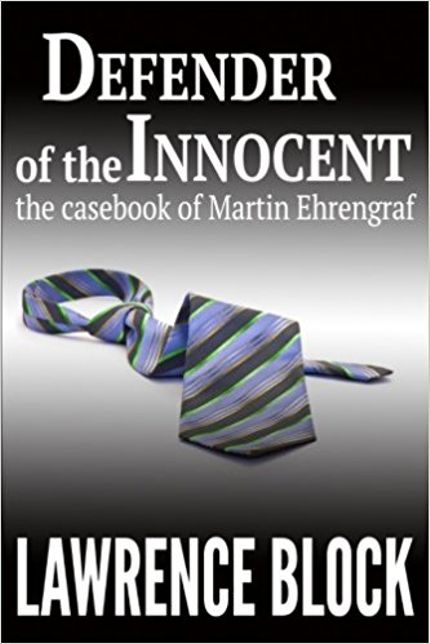 Ehrengraf is a lawyer like no other lawyer of significance in the literature of crime. One of Ehrengraf's precursors, Melville Davisson Post’s Randolph Mason, was seen as unscrupulous because he found loopholes in the law for his clients. He explained his amoral philosophy like this:

“No man who has followed my advice has ever committed a crime. Crime is a technical word. It is the law’s term for certain acts which it is pleased to define and punish with a penalty. What the law permits is right, else it would prohibit it. What the law prohibits is wrong because it punishes it.”

Post’s stories were totally original because in all of mystery fiction before 1896's The Strange Schemes of Randolph Mason, criminals had concerned themselves with eluding capture, but Mason’s only goal was for them to avoid punishment. In one case, he actually recommended that his client commit a murder in order to stay out of jail.

Ehrengraf might be worse than Mason (a character so admired by Erle Stanley Gardner that he named his own lawyer Perry Mason in his honor). In “The Ehrengraf Defense,” Block’s first story, a man has been arrested for strangling a girl and his mother hires Ehrengraf to get him off, assuring the lawyer that he is innocent.

He explains his unorthodox fee structure. If his client goes free, he is to be paid an enormous fee, which he names; if he is sent to prison, or worse, he receives nothing. Within a month of being hired, the woman’s son is set free but she is convinced he has done nothing to earn his fee and refuses to pay him more than a small portion of it. He advises her to live up to their agreement. When she remains intransigent, he tells her what he did (or, as he points out, might have done) on her son’s behalf. She regrets her decision, so utterly horrified at what she hears that she writes the check with no further disagreement.

In “The Ehrengraf Settlement,” another client who is freed by Ehrengraf also refuses to pay the fee. He pays far more when he incurs the wrath of the diabolical lawyer, who demonstrates that one can be exonerated of a crime, but that doesn’t mean new evidence can’t be found to reverse a decision.

Ehrengraf is not Block’s greatest character, a position inarguably ceded to Matt Scudder, but the twists and turns and surprises of the lawyer’s unique methodology are unchallenged as the most extraordinary of his short stories; there are no Ehrengraf novels.

Want more great mysteries? Sign up for Murder & Mayhem's newsletter, and get our recommended reads delivered straight to your inbox.

Another significant short story collection is The Best American Mystery Stories of the Nineteenth Century, which I edited. While I am generally reluctant to write about my own anthologies for such obvious reasons as conflict of interest and personal bias (after all, I am unlikely to think poorly of my own book), this one is unusually special.

The Best American Mystery Stories of the Nineteenth Century 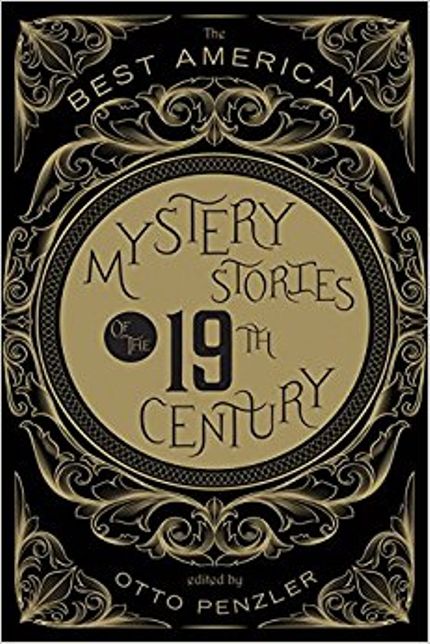 It has been generally accepted wisdom that Edgar Allan Poe invented the detective short story in 1841 with “The Murders in the Rue Morgue.” With the creation of the genius detective, C. Auguste Dupin, and his somewhat less bright friend and sidekick, Poe anticipated Holmes and Watson, as well as Poirot and Hastings, and any number of other pairings that readers have come to understand is the ideal method by which the author can convey information. The not-too-smart assistant to the detective serves as the surrogate for the reader, asking the questions we would ask if we were able to.

Although this massive anthology lists the stories chronologically, Poe’s breakthrough cornerstone story is not the first in the book. Washington Irving, the creator of Rip Van Winkle and the Headless Horseman, leads off with one of the darkest tales I have ever read, “The Story of a Young Robber.” When the beautiful young woman he loves rejects the leader of a gang of criminals, he kidnaps her and turns her over to his band of gangsters to do with as they please. This is as noir as any story being written today.

The second story has a legitimate claim to being the first detective short story. “The Rifle” by William Leggett, written in 1827, 14 years before “The Murders in the Rue Morgue,” is virtually unknown but in some ways is the forerunner of the popular television series CSI and all police procedurals.

A man is accused of murdering another and is arrested. Although readers know he is innocent, the characters in the story don’t, so there is real suspense about whether he will be hanged. When bullets from his rifle are examined, forensics (a word that may not have existed in 1827) prove that the suspect could not have been the shooter.

There are stories from very unlikely sources, including such authors of children’s books as Louisa May Alcott (Little Women) and L. Frank Baum (The Wonderful Wizard of Oz), adventure writers (Jack London, Stephen Crane), literary writers (Ellen Glasgow, Edith Wharton), two of the three authors most likely to be named as having penned the greatest of all American novels of the 19th century (Mark Twain and Nathaniel Hawthorne)—the other, of course, is Herman Melville (Moby Dick)—and even a somewhat fictionalized true crime story by Abraham Lincoln, written before he became president.

A long introduction discusses the ascension of the mystery story in America in the 19th century, and each story has an introduction that places it in historical context.  My guess (and also my hope!) is that this important volume will serve as a textbook for university courses that are devoted to mystery fiction, perhaps as a companion volume to The Best American Mystery Stories of the Century, which I edited with Tony Hillerman and is devoted to the short stories of the 20th century.

Otto Penzler is the founder of the Mysterious Press (1975), a distinguished publisher of literary crime fiction whose imprint is now associated with Grove/Atlantic, MysteriousPress.Com (2011), an electronic-book publishing company associated with Open Road Integrated Media, and New York City’s Mysterious Bookshop (1979). He has won two Edgars, for the Encyclopedia of Mystery and Detection (1977) and The Lineup (2010). He has edited more than 50 anthologies and written extensively about mystery fiction.

Want more great mysteries? Sign up for Murder & Mayhem's newsletter, and get our recommended reads delivered straight to your inbox.