Get to know the beloved Chief Inspector Armand Gamache.

Louise Penny is beloved in the mystery community for her masterful storytelling. She combines seriousness, humor, and suspense in a way that keeps readers turning the page until the killer is revealed. Each of her novels center around Chief Inspector Armand Gamache, who investigates murders that take place in and around Québec. Penny has won numerous awards, including the Agatha and Anthony Awards for Best Novel.

Penny began as a radio broadcaster before turning her attention to the written word. She grew up reading mystery writers like Michael Innes and Dorothy L. Sayers  and was always drawn to crafting her own stories. Her books feature classic whodunit scenarios, with a large cast of characters, red herrings, and an explosive reveal of the guilty in the final pages.

With such a daunting body of work, where should an intrepid sleuth begin? Never fear. From fresh readers to seasoned vets, here are eight essential Louise Penny books to jumpstart your obsession.

Still Life, Penny’s debut novel, was the winner of the New Blood Dagger, Arthur Ellis, Barry, Anthony and Dilys Awards and is the first book in the long-standing and beloved mystery series following Inspector Gamache.

Gamache and his team are called to investigate the death of a beloved and longtime resident of Three Pines, a rural town in Montreal. The victim is Jane Neal. The retired schoolteacher’s body is found near the local hunting grounds, and at first glance, it appears as nothing more than a tragic hunting accident. Upon further examination, Gamache suspects there may be foul play.

Now, he finds himself integrating with the townspeople, forging alliances and making enemies, as he tries to uncover the truth behind the death of Ms. Neal. You can also watch the Three Pines movie, made for CBC in 2013. 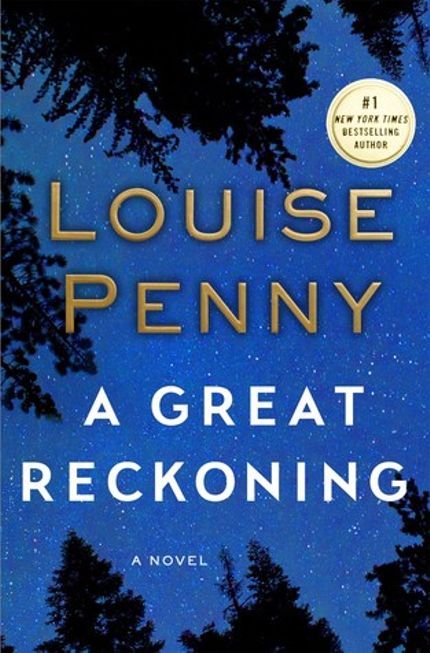 The 12th book of Gamache’s adventures returns readers to Three Pines where a mysterious old map is found in the walls of a small bistro. At first, the locals think it’s no more than a curiosity of the town’s past, but they soon realize the map may be pointing toward something much greater.

Unable to curb his curiosity, Gamache accepts the task of following the map. The clues lead him to a set of bizarre encounters and yet another, even older, map. Gamache soon realizes that he may have uncovered a case far larger than he’s ever seen before. 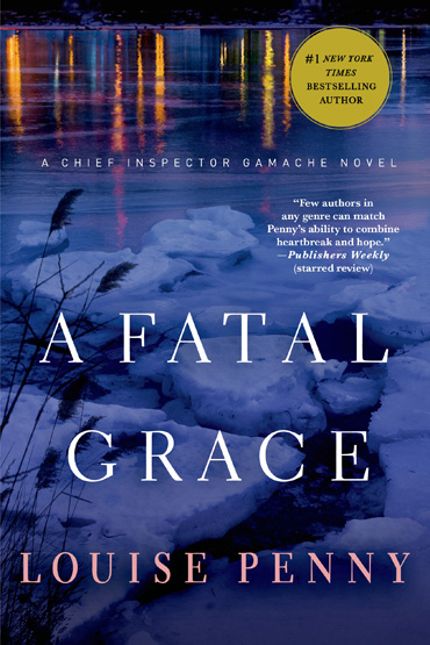 It’s winter in Three Pines, and the residents are preparing the town for its holiday celebration. The festivities are halted when CC de Poitiers is found dead. It’s a case that has Gamache baffled. No one liked CC—not her husband, not her secret lover, not even her daughter, and especially not the locals of Three Pines. And yet, there is no indication that anyone near her was responsible for her murder. Even more intriguingly, the victim was electrocuted to death while watching a curling match with fellow villagers, but no one claims to have seen or heard a thing.

Is Gamache dealing with a brilliant killer or a madman? How was CC murdered in such a public place? The deeper Gamache digs into the idyllic life of Three Pines, the more dangerous secrets surface. 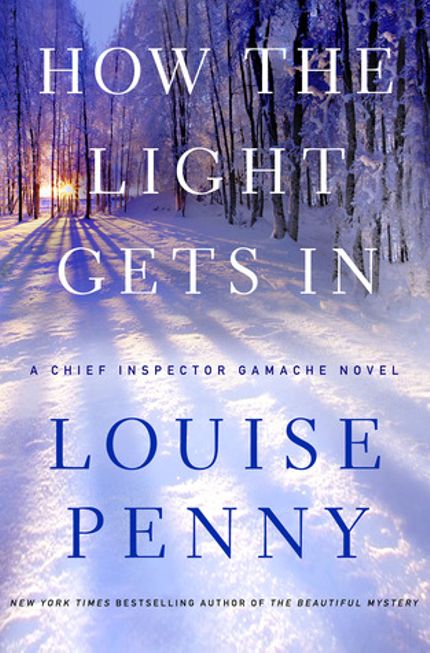 How the Light Gets In

Despite the beautiful glow of Christmas lights against the Québec snow, Inspector Gamache finds the season bringing him more hardships than pleasantries. His longtime partner, Jean-Guy Beauvoir, hasn’t spoken to him in months, and one of his best detectives has left the department.

When he receives a worried letter from Myrna Landers of Three Pines informing Gamache that a good friend failed to appear for the holiday festivities, Gamache leaps into the case to get his mind off his troubles.  The case of an internationally renowned poet’s disappearance may not be enough to take Gamache’s mind off his troubles, but he’ll certainly try it out.

Related: Amelia Peabody Investigates a Cursed Mummy in The Deeds of the Disturber

How the Light Gets In

Looking for a new sleuth? Sign up for Murder & Mayhem's newsletter, and get our detecting picks delivered straight to your inbox. 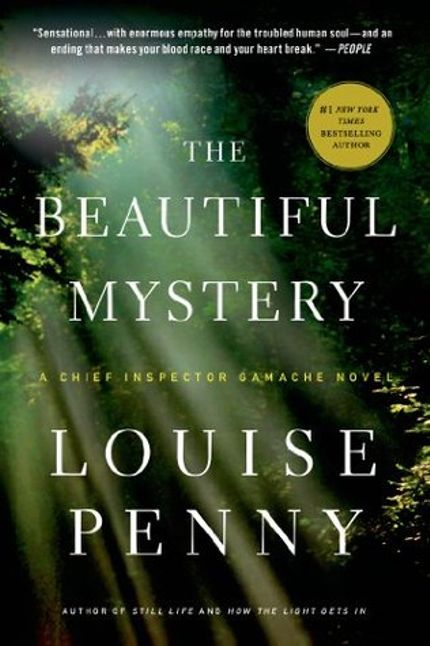 At the monastery of Saint-Gilbert-Entre-les-Loups, two dozen cloistered monks live in peace and seclusion. They plant and harvest their own food, raise animals, and are utterly self-sufficient. Each monk has taken a vow of silence, but they are universally known for the haunting and beautiful chants that can be heard rising from their community.

Their peaceful life is suddenly shaken when the choir leader is found murdered. Gamache and partner Beauvoir are up against the case of their lives. When the doors of the monastery are opened for them, they uncover a place of utter discord in a community that thrives on order. Now, it’s a race against time to uncover who killed the beloved choir instructor before the community unravels completely. 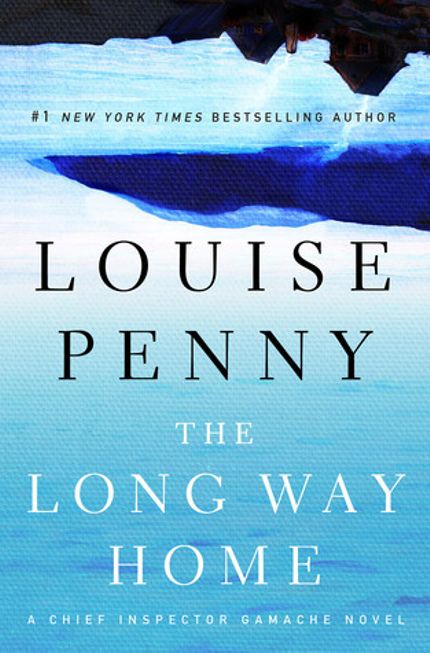 Newly retired, and spending his days in beloved Three Pines, Inspector Gamache has been enjoying the calm. He believes he’s found peace in the place he now calls home. But then Gamache’s neighbor, Clara Morrow, informs him that her husband, Peter, failed to come home—and she believes that something terrible may have happened to him.

With his daughter, Annie, in town to visit and his longtime partner and friend Beauvoir passing through, Gamache takes on one of his most personal cases yet. Clara, Beauvoir and Gamache set out to find Peter. On their way, they instead find secrets none of them could have anticipated. 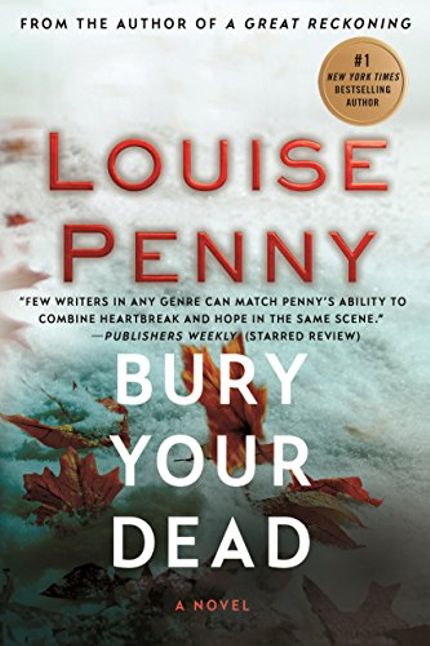 The Winter Carnival in Quebec City is well underway, and it’s one of Gamache’s favorite times of year to visit the small town of Three Pines. But this year things are different. Instead of joining in the festivities, Gamache remains home, haunted by a recent investigation gone horribly wrong.

Then he gets word of a historian who, while hunting for the lost remains of Samuel de Champlain, the founder of Quebec, was murdered. The case has the potential to ignite local tensions between the English and French, and Gamache can’t help but get involved. To complicate matters further, he’s been receiving letters from a friend in Three Pines. These letters involve another case that Gamache once took on—and possibly got wrong. Can he put his wrongs to rights? 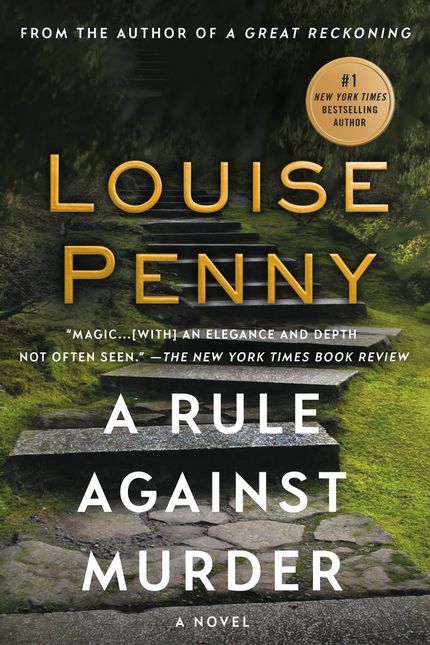 A Rule Against Murder

A charming, lighter Gamache mystery, A Rule Against Murder takes places during the Gamaches’ anniversary trip at the height of summer. They’re staying at a beautiful and remote inn not far from Three Pines, along with fellow guests, the Finneys, who have gathered for a family reunion. Gamache is surprised to discover his dear friends, Peter and Clara Morrow amongst the Finneys.

Then, when the party dies down, a more alarming surprise: A dead body is discovered. Gamache accepts the case but finds himself digging deeper into the Finney family history than he ever expected or wanted. This picture-perfect family may not be as stable as they appear. As chaos ensues and accusations are thrown about wildly, Gamache begins to wonder if he’ll be able to find the killer before he has two murders to solve.

A Rule Against Murder