Discover the women that make Maron’s mysteries come to life.

Art imitates life–at least, it seems so in the case of writer Margaret Maron. Her two mystery series bear striking similarities to her own life. The famed mystery author grew up on a tobacco farm in North Carolina where she experienced the old traditions that still ruled the South. Maron and her husband eventually moved to Brooklyn, and city life inspired Maron’s first mystery series involving a detective named Sigrid Harald. It seemed like Maron had found a niche in the cosmopolitan crime genre with her homicide detective heroine, but the best was yet to come.

After her stint in Brooklyn, Maron and her husband moved back down South. She was reminded of small town gossip and the quietness of rural living, which inspired her next, most beloved series: the Deborah Knott mysteries. In each Deborah Knott novel, Maron explores a new, distinct facet of Southern living–from fake politeness to an illegal whiskey business.

Despite the many differences in Maron’s two heroines, one thing is clear: They are both strong, empowered women in a genre dominated by men when Maron first started writing in the 1980s. This list includes some of her most compelling reads from both of her series.

The first novel of the Deborah Knott series shows the dark side of Southern charm. Attorney Deborah Knott returns to her small town in North Carolina to campaign for the role of district judge, but she soon finds herself wrapped up in an 18-year-old murder investigation. It’s personal for Deborah, as she babysat the daughter of the woman who was killed. New evidence could ruin Deborah’s campaign and implicate her in a crime she claims she had nothing to do with.

The novel includes Deborah’s family tree at the beginning–and you’ll need it. Southern roots run deep in this book, and Deborah’s forward-thinking nature stands out in her small town. This introduction to the savvy, smart, Southern heroine packs a punch. 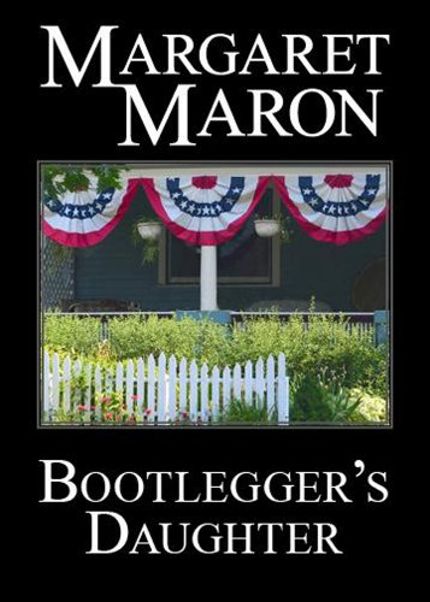 Maron tackles racial divide in the South in the sixth installment of the Deborah Knott series. When Deborah’s nephew is arrested in connection to a racially motivated hate crime, she faces intense public scrutiny that could derail her reelection campaign. More importantly, she wonders if she even knows her nephew at all.

She’s consumed by her own issues when people begin to light predominantly black churches on fire. Outdated allegiances and modernity are in conflict throughout the text, which might even be a more poignant read in 2018 than it was during its initial publication in 1998. 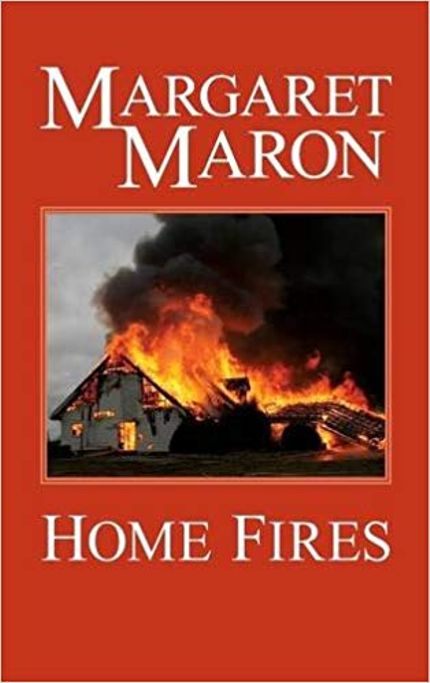 Winter’s Child showcases Deborah Knott’s vulnerable side—a side that rarely comes out. When her new husband, Dwight Bryant, gets a call from his son that forces him to return to his ex-wife’s house, Deborah has to acknowledge the life he had before she met him. Insecure over the thought that Dwight might have been a completely different person with his first wife takes over Deborah’s life. The novel is the story of misplaced jealousy and a woman’s right to protect her stepchild. 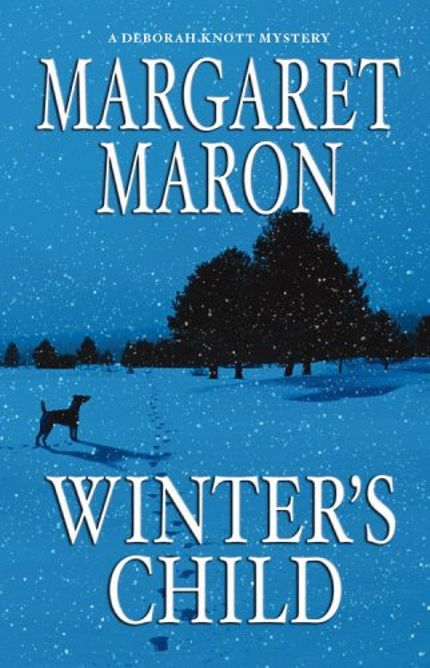 When Deborah and Dwight take a long-awaited honeymoon trip to New York, it’s abundantly clear how different it is from their small town in North Carolina. One thing that remains constant? Murder follows Deborah no matter where she is. The couple spends their short vacation investigating the strange murder of a building’s superintendent. While they’re there, Deborah also finally meets a distant relative–Lieutenant Sigrid Harald. The two team up to find out what happened to the super. 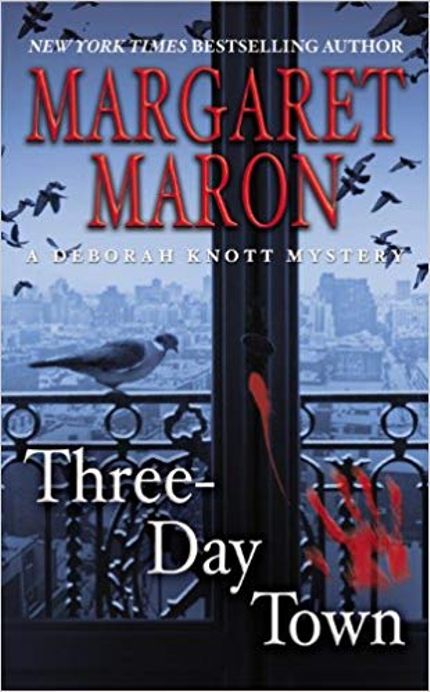 Deborah is called to her dying aunt’s bedside, and when she gets there, her aunt has quite a few scandalous stories to tell. Less than an hour later, she is murdered, leaving Deborah to wonder: What would motivate someone to kill a woman in hospice care?

As Deborah and Dwight compile a list of suspects, they realize that a support group for caregivers might be involved in the murder: the Designated Daughters. The novel explores whether there is such a thing as a mercy kill or if there were hidden nuggets of truth in her aunt’s last words. 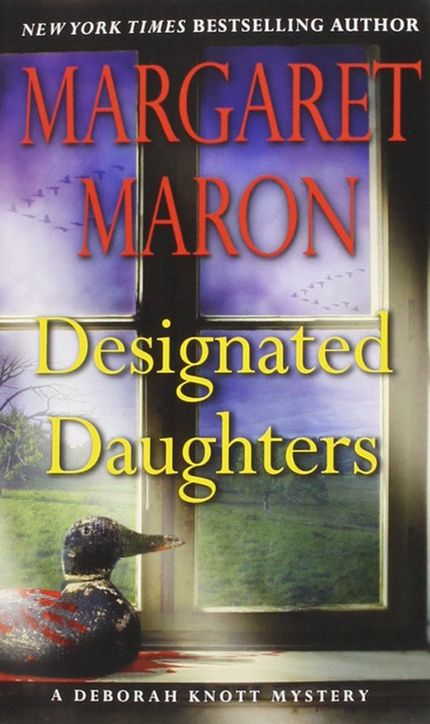 Looking for detective fiction? Sign up for Murder & Mayhem's newsletter, and get the best amateur and professional sleuths delivered straight to your inbox.

Long Upon the Land

The 2015 winner of the Agatha Award, Long Upon the Land is the final installment of the Deborah Knott series—and this time, the murder takes place on her family’s land. Once again, Deborah is forced to try to reconcile her family’s troubled past with the law. A man is found brutally murdered on her father, Kezzie Knott’s land, and when it is discovered that the two men had a longstanding dispute, he becomes a suspect.

As Deborah and her husband begin to investigate, they discover that her father is still maintaining his illegal whiskey business, which is troubling news for Deborah, straight-laced district judge. The novel neatly ties up the beloved series, as Deborah learns more about how her parents met and how the famous feud began. 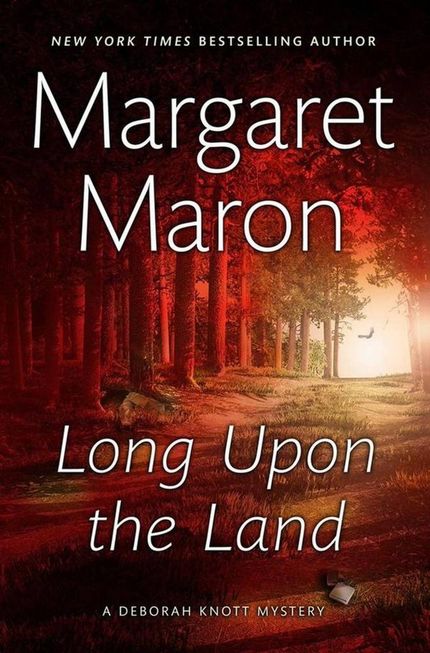 Maron’s first series is a far cry from world of Southern crime in the Deborah Knott books: Meet Lieutenant Sigrid Harald, a homicide detective for the NYPD. In her first outing, One Coffee With, a deputy chairman for the Art Department at a local college is murdered via a poisoned coffee cup.

The series showcases the art culture that is so unique to New York. Sigrid embodies what it means to be a New Yorker with her quick wit and no-nonsense attitude. 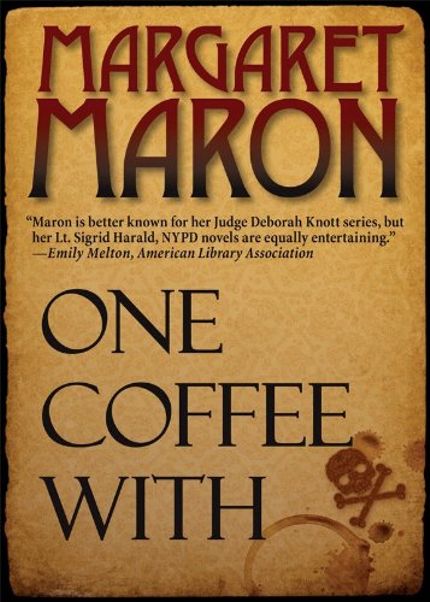 During a cribbage tournament in an exclusive hotel in Manhattan, one card flips over and somehow incites an explosion, killing two people. Sigrid is called in to investigate who the actual intended target was–and who was the unlucky other victim. The six players at the exploded table could not be more different from one another, ranging from a Navy commander to Sigrid’s own partner, Detective Tildon.

The unique setting in The Right Jack makes it one of Maron’s most compelling reads. Like a game of Clue, this book will have you trying to place victims and perpetrators at the cribbage board in the ballroom with the bomb. 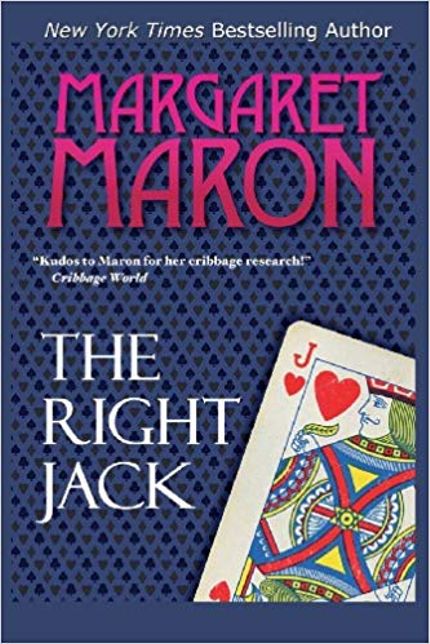 One of Maron’s creepiest books, Baby Doll Games tells the story of a woman whose death mirrors the exact details of one that her roommate wrote about in a script. A dancer is murdered on stage during a performance for children, leaving the audience and the press scarred. The book explores domestic violence in its dark intro and the connection between that victim and the dancer is jaw-dropping. 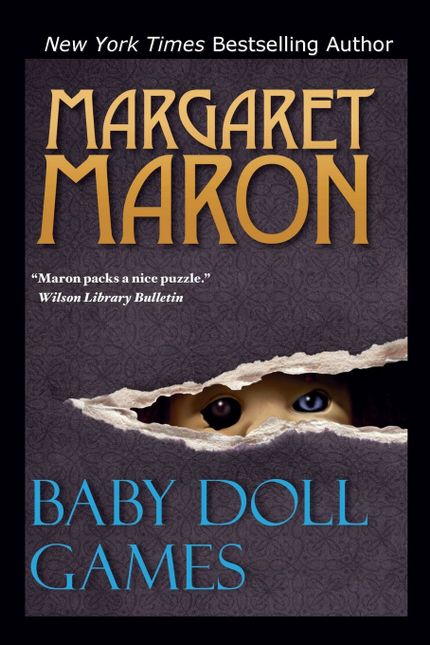 Take Out was published in 2017, 22 years after the last Sigrid Harald book. But even with this gap, Maron and Sigrid don’t miss a beat. Detective Harald investigates the murders of two homeless men who were poisoned via their takeout containers.The plot may sound familiar for those who loved One Coffee With, but this time, the Mafia is involved. Take Out is the final book in the Sigrid Harald series, and it certainly leaves an impression. 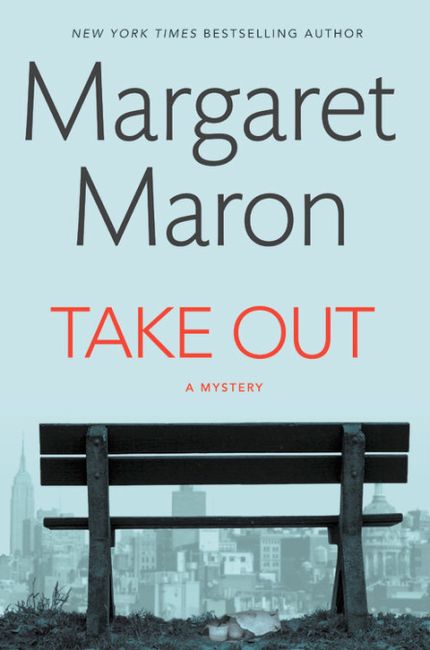