"You're working to save someone’s life. It’s intense, and it’s not always all good."

You’re a licensed private investigator in New York State—which we will get into shortly. However, you were also a taxi driver in San Francisco, which, to my mind, is just as rich of a gig for a writer. Day in and day out, you’re traveling through the city, mapping out its topographies, as passengers from all walks of life climb into your backseat. Did your time behind the wheel impact your writing, your sense of setting, or your understanding of human behavior?

I was twenty-five years old when I started driving taxis. I was fairly naïve. Driving a cab—at night—in a big city was definitely a kind of urban education. You get to meet everyone: rich, poor, middle-class. You go to every neighborhood. You’re out in the mean streets for ten hours a night. I don’t love words like “seedy,” or “underbelly,” but you’re definitely dealing with a lot of drugs, alcohol, and general insanity.

Related: Bernard Schaffer: My Life as a Mystery Writer and Real-Life Criminal Investigator

Your first two crime novels, The White Van and Every Man a Menace, are set in San Francisco. What is it about that city—in particular, the city’s criminal element—that so attracts you as a writer?

I was born in San Francisco, but my family moved to Colorado when I was six. SF feels very familiar on a primal level. But more importantly, after driving a taxi for four years, and investigating for ten years, I knew the city really well. I used to be able to tell you where every street was. As to why I would want to write about those rougher parts of San Francisco, I think it lends itself to more tense crime fiction. I’m sure someone could write a good thriller set in the Marina, but it seems harder. Also, I have a legitimate love for places like the Tenderloin. I love the people there. The place has changed a lot though, I’m not sure the Tenderloin is still the Tenderloin.

In your newest book, Clean Hands, you swap out the Tenderloin district dive bars and drug hustle of The White Van for big bank greed and black-market corruption in New York City. What inspired you to leave behind San Francisco for the Big Apple? What challenges and rewards came with this change in scenery?

I’d been living in New York for about five years when I started Clean Hands, so I was nervous, but I thought I could give it a try. I hope I did it justice. It’s funny, I wrote The White Van in an actual white van. I would park my work van for my lunch break and write for an hour a day. Often, I’d park at the spot where the action was taking place in the book. It was a very immersive kind of fiction writing. 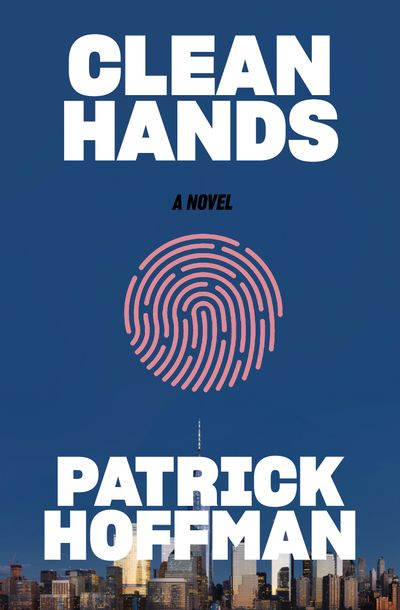 Both cities serve as backdrops for legendary crime narratives, from Sam Spade’s San Francisco to the Lower East Side as seen in Richard Price’s Lush Life. Did crime fiction’s rich relationship with New York or San Francisco pose any roadblocks for you while writing your novels? Conversely, did it provide a kind of readymade inspiration, an opportunity to reconfigure a familiar sight into something new?

I don’t pay too much attention to those other minor writers. Just kidding! I actually love those writers, but I don’t think about them in context with my books. But both cities are such classic crime cities. I keep flirting with the idea of writing a suburban noir. I grew up in the suburbs. I’m not sure it would work though.

Okay. Let’s talk about your work as a private investigator. You’ve worked as a PI for some time, yes? Could you give us a bit more background on your career?

I was in my fourth year of driving the taxi and I really was getting kind of bored. I had already met all the crazy people I was going to meet. One of my friends was investigating death penalty appeals. I thought, damn, that sounds interesting. She led me to an internship at the San Francisco Public Defender. Then I got hired by a legendary private investigator, Tim O’Brien. Then I went back to the public defender. I’m still working as a private investigator.

What originally drew you to the line of work?

My sister is a public defender in Las Vegas, and my cousin was a public defender in NYC, so that kind of work ran in the family. Also, I was attracted to the idea of not being in an office, but being out in the world. It was more meaningful than driving a cab. If you’re doing criminal defense work, you are often working to literally save someone’s life. It’s intense, and it’s not always all good. There’s a lot of trauma and stress involved.

When did the idea of crime writing first strike you? What inspired you to pick up the pen while simultaneously investigating real-life crimes and trials?

I always wanted to be a novelist—maybe more literary at first. The truth is, I was just more drawn to crime fiction. I would always find myself in the thriller section of the book store. Also, I felt like it was more punk rock to write a crime thriller. I felt like you could write one without having to write pretty sentences, or know grammar. You don’t have to be a classical guitarist, you can just rock out. I think I was bit misguided about that aspect, but there is an element of truth in it. 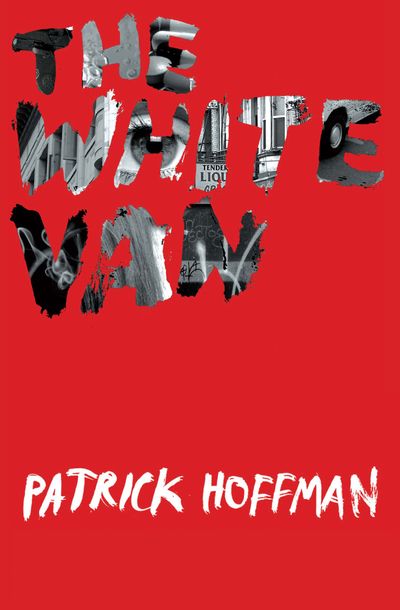 How does life as a private investigator impact and influence your life as a crime fiction writer today?

It gives me a sense of authority. I’ve known and been close to a lot of people charged with murder. I’ve known gangsters, jewelry thieves, drug dealers, bank robbers. And you know what the real lesson from knowing those people is? They’re real people. Not always, but often they are really nice people. They just got caught up in some bad circumstances. It’s kind of the whole mission of my books: Take someone who doesn’t seem likable and make you like them. In the first two books it was a crack addict and some drug dealers. In this third one, I’ve taken on the worst, most disgusting subset of humanity: Corporate lawyers and fixers.

A unique component to being a private investigator is that you stand apart from sworn officers of the law. In fact, I suspect you’ve worked on cases that investigate corruption and malfeasance on the part of police officers. Your first novel, The White Van, features a veteran cop whose record is far from clean. Do you find that life as a PI allows you to witness the good and the bad on both sides of the law? If so, how does this impact your writing?

Yes, to put it mildly. If you’ve worked in an urban public defender’s office you will quickly learn that the real bad guys are often the cops. I say that with all sincerity. There are definitely a lot of good police officers out there, people who got into it because they want to help their communities. But there are also far too many cops that are essentially bullies. There is a kind of cult of dishonesty. Cops get on the stand and lie all the time. It’s really gross. Nowadays I work on the civil side of wrongful conviction cases, so I see the worst of the worst, and trust me, it can be really bad.

One of the elements that I admire about your work is its cinematic quality. Lightning pacing, action-packed plot, and a cast of vivid characters coalesce upon the page like a killer crime flick. You studied film as an undergraduate. What are some of your favorite crime movies? Is it important that your narratives deliver a movie-like punch?

I definitely am trying to keep the pace moving, which I think, translates as being cinematic. And I love crime movies! Some of my favorites are: The Taking of Pelham, One Two Three (the original one); The Friends of Eddie Coyle; The French Connection; Jackie Brown; Inside Man. I love the old Noirs: Pickup on South Street; Naked City; Gilda; The Harder They Fall. I love the old French crime directors: Jean-Pierre Melville, Jules Dassin (who also made a great San Francisco movie, Thieves' Highway). My favorite movie of all time though is probably Sweet Smell of Success, which isn’t really thought of as a crime movie but most certainly is.

Every Man a Menace 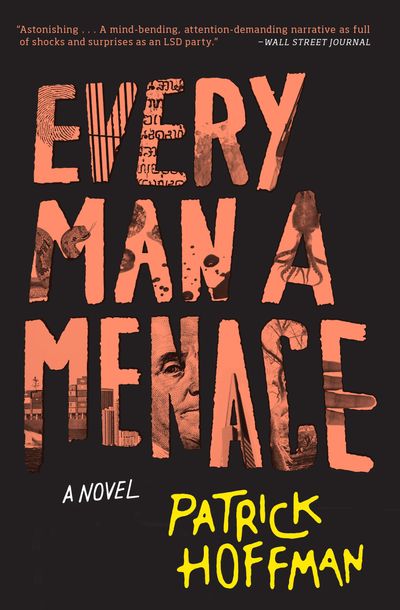 The White Van follows Emily Rosario, a heroine who’s down and out and running for her life. Clean Hands, your latest release, centers on Elizabeth Carlyle, a corporate lawyer in search of a very valuable missing phone, and Valencia Walker, an ex-CIA officer and high-end fixer. How do you go about crafting compelling female protagonists—or, in the case of Sophia Kamenka from The White Van, a compelling female antagonist?

Do you want to know the God awful truth? In a very early draft of Clean Hands, Valencia Walker was a man. My wife said, “it would be much more interesting if he was a woman.” I felt strangely upset about that, but I went back to my office and thought about it, and I was like, shit, it would be more interesting. As to writing women, I do what I do with all my characters: pull back the curtain and dip my head into the alternate universe that my books inhabit. I just try and keep thinking: what would they be feeling? What would they be thinking?

Tell us about your upcoming book Clean Hands. What can readers expect?

Not long ago, I got hired to investigate a corporate civil case. I didn’t want to do it, I was too busy, but my wife said, “Do it, maybe you’ll get an idea for a book.” When I met with the lawyers, I noticed how cagey they seemed about which emails I could see. On the subway ride home, I thought, “What would happen if those emails got stolen? Who would the lawyers call to get them back? What lengths would they go to save themselves? How bad would it get?” Answering those questions led to the book, Clean Hands.