“Some Mysteries are Best Left Alone”

Montana has lots of stories and the people to tell them, for it is in stories that humans begin to understand their lives and worlds. After my family moved from Colorado to Montana, when I was 10, I was ill in the fall, and sent from my fifth-grade class down to the hospital to have blood drawn.

On my way back to school, I stopped at a street crossing not a block away, and saw a woman run down the front steps of a house and out into the street. She was screaming, and then a man, barefoot, wearing only trousers and a singlet, ran after her. He had a pistol in his right hand, and he shot her in the head. She collapsed, and then he raised the barrel of the pistol to his temple and shot himself.

Want more murder mysteries? Sign up for Murder & Mayhem's newsletter, and get thrilling stories delivered straight to your inbox.

I turned and walked away from the dead, toward a creek that cut through town, and up a street that ended at an old icehouse. There was a big metal shed there, where a little yardpuller engine was stored, its only task occasionally going out to a travertine mine to pull back flatcars with the slabs of soft white stone stacked on them, to send on to builders who used the rock for fireplaces or bank lobby walls.

The railroadman who tended the engine was a friend of mine, for I fished there where the dam that diverted water to the icepond was, next to the engine shed. His name was Rueben, and once he had let me ride with him out to the mine to get three carloads of stone.

Related: “I’ve Murdered People in All Sorts of Ways”

Rueben saw my face, asked me what was wrong, and I told him what I had just seen. Sirens sounded, the police were coming to the dead. Then I went and sat on the wing of the dam, watching the water purl and foam.

Rueben came, tapped me on the shoulder, led me to the engine, which was throbbing and smelling of diesel fuel, and we slid out of the shed and headed down the track toward the quarry a few miles away.

Rueben talked about the land we were rolling over. How once what was very likely the largest beaver colony on earth had flooded these flat meadows, and where the little creek had cut down through the rich black pond muck ancient beaver dams were visible, the willow and alder bark had turned bright orange, and marked inverted vees, old dams, as much as 10,000 years old, long buried under silts.

We passed a huge old dead fir tree. A robber named Scully had been hung from it a century or so ago. In the mountains ahead of us a prospector had found armor and a sword left by the Spanish, who had come all the way from Mexico to Montana to hunt for gold, a mere 50 years after Columbus had come to the Americas for the first time.

When we got to the mine I saw my mother standing near our station wagon, and I got down and thanked Rueben and she took me home. We did not talk on the way back. At home, I had milk and cookies, and my mother did not ask.

Why the man shot the woman I don’t know, some mysteries are best left alone. But the stories Reuben told me as we rolled across the land I never forgot, and I learned then that water uncovers many secrets that time buries deep.

Peter Bowen is a cowboy, hunting and fishing guide, folksinger, poet, essayist and novelist. He is best known for mystery novels set in the modern American West where he also lives. His most recent novel is Bitter Creek. 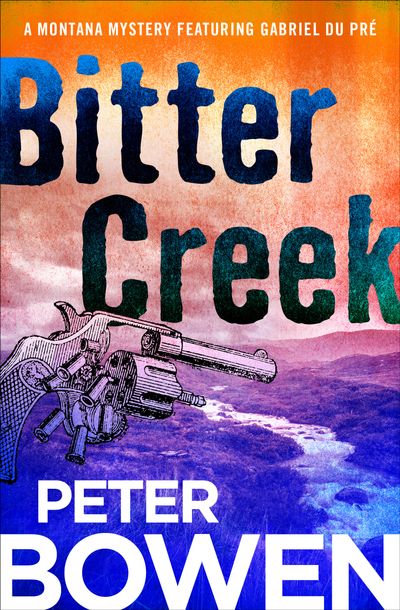