Where to Begin with Russian Mystery Author Boris Akunin

Christened the “undisputed champion” of Russian crime fiction, Boris Akunin seems to enjoy toying with genre conventions and with readers’ expectations. As if he knows that crime readers love a good mystery, Akunin himself is often cloaked in misdirection and obfuscation.

Born Grigori Chkhartishvili, this Russian author has written under a variety of pen names besides Akunin, including Anna Borisova and Anatoly Brusnikin—although the secret was promptly out after the publication of the first Brusnikin book, when clever readers deduced that A.O. Brusnikin is an anagram for Boris Akunin. The name Akunin itself is a Japanese word that translates to “great bad man.” Akunin’s many novels include a variety of historical mystery and crime tales, many of which feature the detective character Erast Fandorin and his grandson Nicholas. The Fandorin novels have served as the basis for four major Russian films, not to mention an ill-fated English-language adaptation that has yet to materialize.

Drawing inspiration from Japanese Kabuki theater, Akunin serves as the editor-in-chief of the 20-volume Anthology of Japanese Literature and as chairman of the board of the Pushkin Library. He was named the Russian Writer of the Year in 2000, when he also won the Anti-Booker Prize—a Russian award for Russian writers, named as a form of protest against the British origins of the Booker Prize.

The Guardian has called Akunin’s Erast Fandorin, “A devastatingly attractive combination of Sherlock Holmes, Lord Peter Wimsey and James Bond.” Akunin’s Fandorin series has been translated into over 30 languages, and the suave detective has won over English-speaking fans as assuredly as he did in his home country. The latest Fandorin book to be made widely available to English speakers is She Lover of Death, a fast-paced novel “full of clever and unexpected twists” that hit digital bookshelves in March of 2020 (Sunday Times). With many of Akunin’s novels being re-released as ebooks, it’s now easier than ever for mystery fans to immerse themselves in the adventures of the famous sleuth. 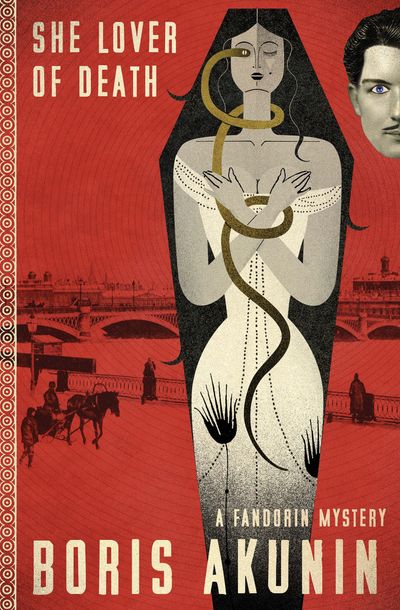 Published in Russian in 2001, She Lover of Death is Akunin’s eighth Erast Fandorin mystery, and the latest to get the ebook treatment. This adventure requires the dashing detective to investigate a decadent society of subversive poets known as the Lovers of Death, who “conduct nightly seances to determine who shall be Death’s next lover.” The resulting rash of suicides shakes 19th-century Moscow and draws the attention of Fandorin, who must go undercover among their number in order to try to prevent the next death. In its native Russian, this novel was followed by the Dickensian mystery He Lover of Death, which takes place contemporaneously with She Lover of Death and follows Fandorin’s investigations into a series of murders in the slums of Moscow. 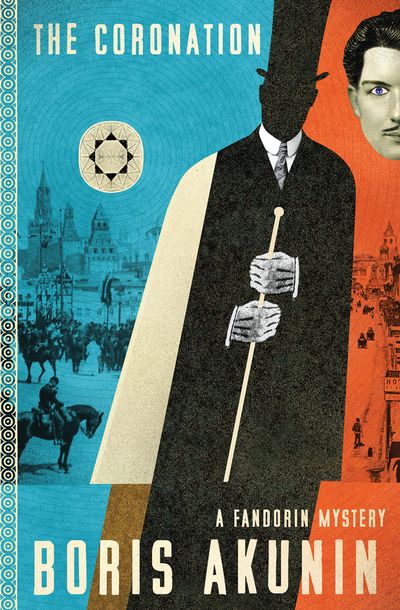 Grand Duke Georgii Alexandrovich has arrived in 19th-century Moscow for the coronation of Tsar Nicholas II. Before the coronation can take place, however, his four-year-old son Mikhail is abducted and held for ransom. The ransom letter demands the exchange of the Count Orlov, a priceless diamond set to play a part in the coronation. Now it falls to Erast Fandorin to find the missing child and foil the kidnappers in this high society mystery that trades in real-life history and high adventure. 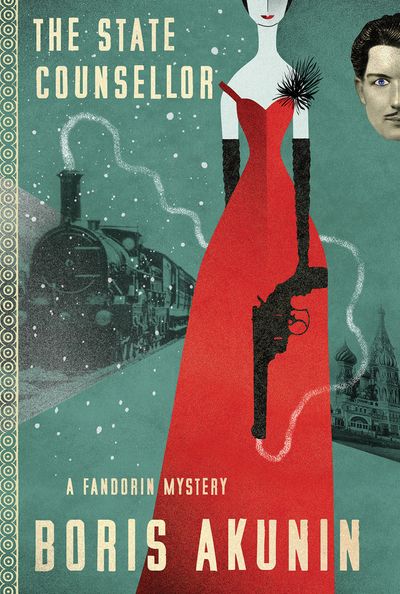 Erast Fandorin finds himself framed for murder in Boris Akunin’s sixth Fandorin mystery, which was adapted into one of the most expensive Russian films ever made. In 1891, the Governor General of Siberia is murdered by a mysterious official who identifies himself as State Counsellor Erast Fandorin. When the murderer vanishes and the real Fandorin finds himself pursued by the Department of Security, he must track down the imposter and solve the mystery to clear his own name in this “relentless page-turner” (New York Journal of Books) that will “keep readers guessing until the end” (Publishers Weekly). 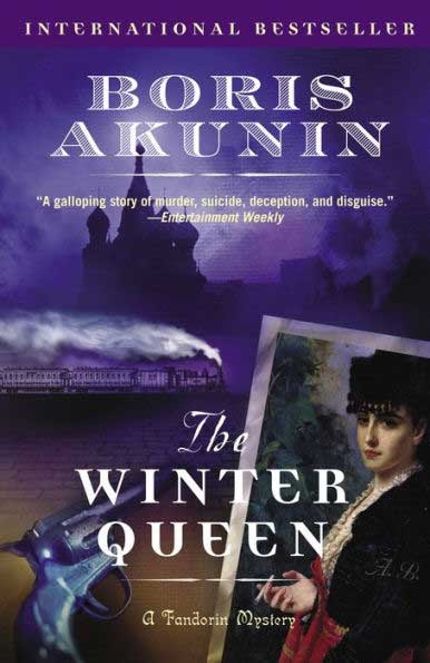 The first Erast Fandorin novel introduces the hotheaded young sleuth as he joins the Criminal Investigation Department of Moscow in 1876. Fandorin’s first assignment is to look into the apparent suicide of the wealthy son of an influential industrialist. Akunin adapted his own novel for Russian television in 2002 and an English-language film was once slated for production, starring Milla Jovovich and Dan Stevens as Erast Fandorin, with Paul Verhoeven producing. The project was scheduled to begin filming in 2007, but was postponed indefinitely. 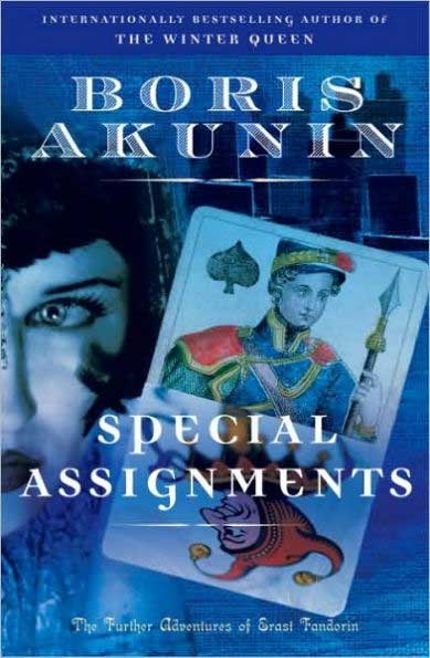 This collection of two novellas sees Erast Fandorin taking on two of his strangest cases yet. In “The Jack of Spades,” Fandorin and his new assistant must don a variety of disguises in order to capture a swindler who has conned thousands from some of Moscow’s leading citizens—including Fandorin’s own boss. In “The Decorator,” Fandorin finds himself up against a fiendish serial killer who believes that he is “cleaning” the women he butchers. 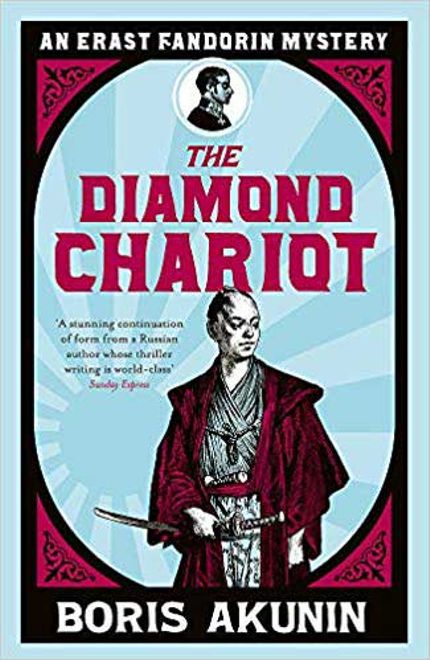 Set against the backdrop of the Russo-Japanese War of 1905, the tenth Erast Fandorin novel sees the clever Russian sleuth attempting to thwart international spies and prevent an assassination on board the Trans-Siberian Express. It also includes flashbacks to Fandorin’s diplomatic service in Japan in 1878 and showcases his first encounter with his faithful assistant Masa and his training in Ninjutsu. 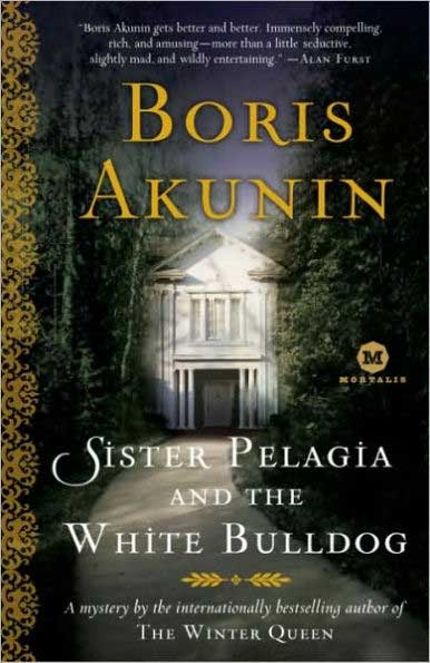 Sister Pelagia and the White Bulldog

Alongside Akunin’s acclaimed Fandorin series, his three novels following crime-solving nun Sister Pelagia are among his most beloved on both sides of the Atlantic. In this, her first adventure, bumbling, bespectacled Sister Pelagia must solve the mysterious poisoning of a beloved and rare white bulldog. As she investigates, she finds that almost everyone had something to gain from the pooch’s demise, and it’s only a matter of time before she ferrets out the guilty party. All three of Akunin’s Sister Pelagia novels have been translated into English and are popular among fans of cozy mysteries.

Sister Pelagia and the White Bulldog 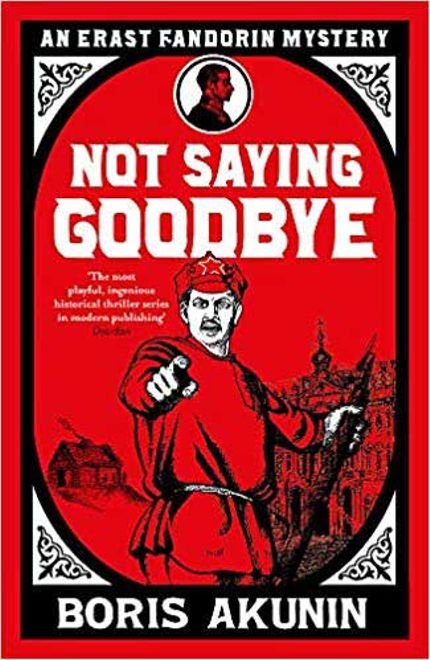 Akunin’s sixteenth and final Erast Fandorin mystery finds the celebrated sleuth waking from a three-year coma to find Russia in the midst of civil war. Determined to leave behind the city that he no longer recognizes, Fandorin and his faithful assistant Masa depart Moscow for one last adventure. But while Fandorin may have survived his brush with death, the brilliant and powerful sleuth he once was may be gone forever…