The children were nestled all snug in their beds, / While visions of sugar-plums danced in their heads.

While many of us may not be children, we may have visions of our own sugar plums dancing in our heads during the holiday season. It’s a time for cookie exchanges, figgy pudding, chocolates—and so much more.

In honor of all the sweet and happy tidings of the holidays, here is a list of eight dessert cozy mysteries. These books focus on a variety of desserts from decadent cakes and special pies to bubble tea and more. As a tasty bonus, many of these books have recipes so you can enjoy the fruits of your labor while reading about plucky sleuths saving the day!

11 Culinary Cozy Mysteries Bursting with Recipes for You to Try

In the first book of the new Baker Street mysteries, Maddy Montgomery has a lot on her plate. When she gets stood up by her fiancé at the altar, she decides to fly to New Bison, Michigan to claim her inheritance from a great aunt that she never knew. She gets her estate under three conditions—she has to live in her great aunt’s home, care for English mastiff Baby, and run her great-aunt’s bakery. Maddy isn’t sure she can do it all but she’s going to try. But when the mayor is found dead in the bakery with a knife covered in Maddy’s fingerprints, now Maddy has to clear her name and find out why the mayor was murdered.

For more on this series, check out this recent interview with Valerie Burns.

A Deadly Inside Scoop

While it may be the cold time of the year, ice cream is always welcome. When Bronwyn “Win” Crewse took over the family’s ice cream business, she thought her business background and flair for ice cream flavors would turn it all around. She hadn’t expected that she’d have her grand opening…on the day of the first real snow of the season. But her opening day goes even sourer when she finds the body of a man. It turns out there was bad blood between the deceased and her father. Can Win figure out who hated the victim enough to kill him while relaunching the business?

There are two other books in the series so far so order up! 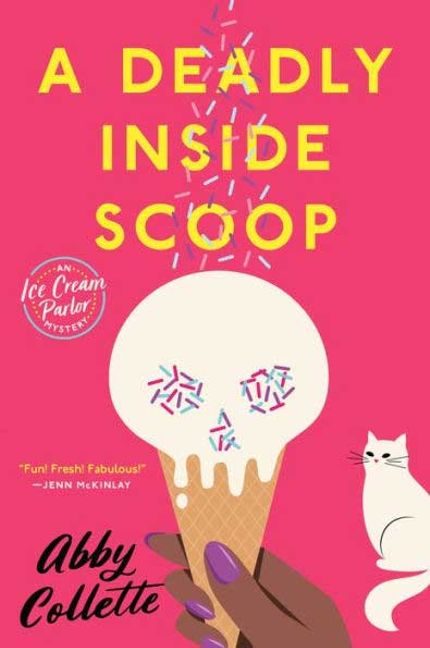 Melanie Cooper and Angie DeLaura have just opened Fairy Tale Cupcakes bakery. But things don’t feel so magical when they discover that their first big customer is horrible. Worse, designer Christie Steven is the fiancé of their dear friend Tate but they don’t think they can say anything. So they try to play nice but Christie is demanding, entitled, and jealous. When Christie dies after a cupcake tasting, now the dynamic duo must figure out who brought her to a sticky end. There are now 14 books in the Cupcake Mystery Series! 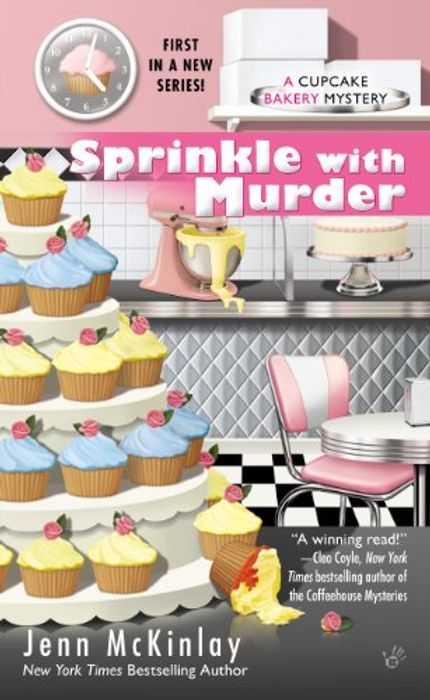 Murder Most Delicious: Where to Begin with Bestselling Cozy Mystery Author Joanne Fluke

So this book is a delight and filled with delicious pies, but it's a bit on the border of cozy mysteries. It's just so good that I had to include it.

Daisy Ellery has two lives. By day, she runs a pie shop out of her mobile kitchen shop; by night she makes special pies that kill abusive, horrible men. She runs an underground network where women come to her to handle their “special” cases. But her strange life is upended when she gets a letter saying that the jig is up and tries to blackmail her into killing their chosen targets. Can Daisy figure out who is behind this plot against her without revealing her unofficial work?

The second book A Good Day to Pie is due out next February. 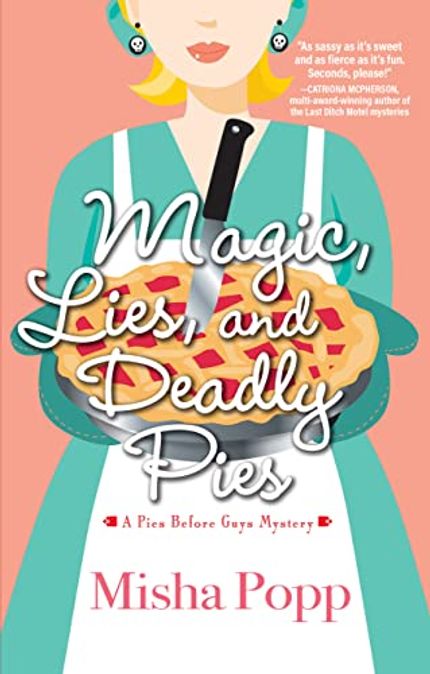 While this is the second in the Tita Rosie’s Kitchen series, it’s got dessert in the title and baked goods at its heart. For those new to Filipino cuisine, Halo-Halo is shaved ice, evaporated milk or coconut milk, and toppings including fruits. Lila Macapagal is planning to open a bakery/coffee shop with her best friend and her girlfriend, leveraging each of their strengths. While she’s coming up with tasty baked goods for the store, Lila’s been asked to judge the Shady Palms beauty contest, which she had won years ago. However, the competition is bringing up some old unresolved memories, not to mention the trauma of Lila’s brush with death earlier in the year. But when the head judge of the pageant is found stabbed, and Lila’s cousin Bernadette is accused, Lila has to pull everything together to win the day.

Here’s an interview with Mia Manansala in which we discuss the first book of her series: Arsenic and Adobo. 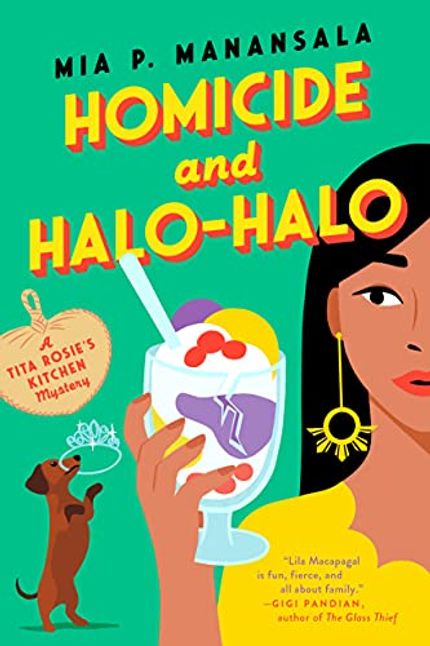 When her dad suggested that Yale Yee and her cousin Celine work together at the food stall at the new night market, Yale was skeptical. She hasn’t seen her cousin for many years who has been a bit of a snob. But she dives in, figuring out the menu, including delicious bubble tea flavors. Celine does what Celine wants and decides to add a little flair to the drinks…which works out well until one of their customers is found, dead—with their bubble tea in her hand. Now Yale and Celine have to work together to figure out who really killed the woman—and avoid jail.

It’s the first in the new LA Night Market series with book two, Hot Pot Murder, coming out next year. Here’s our interview with Jennifer J. Chow on her new series. 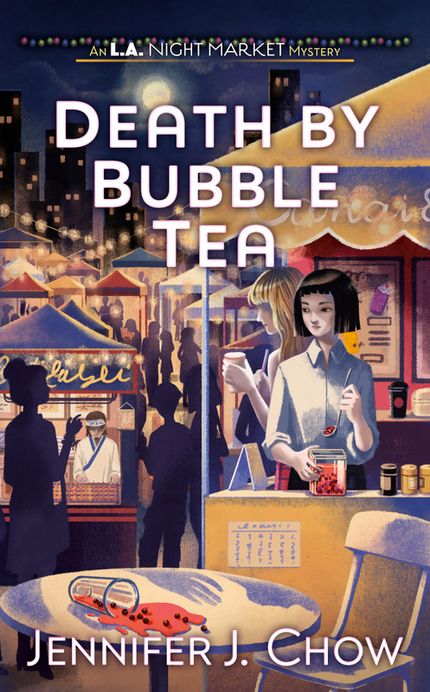 Necessity breeds invention. When Winnie Johnson finds her bakery in trouble and ends up getting a vintage ambulance from an inheritance from her late neighbor, she has a radical idea. What if she were to use the ambulance to deliver her baked goods to customers under the new name Emergency Dessert Squad? But as she figures out how to pivot her business, she discovers another neighbor dead on the floor, prompting her to find out why anyone would kill the man.

There are three books in this deliciously punny series! 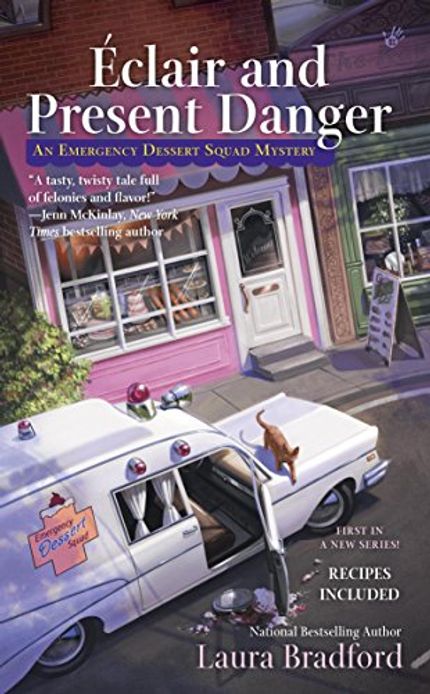