These books cook up some mystery.

How did the Baker Street Mystery series come about?

Watching a lot of those outtakes, I realized these are kind of funny. Wouldn't it be funny if you had someone who really didn't know what they were doing while baking? If Ina Garten makes something, it's gonna come out fine but if it's just Maddie Montgomery, who really doesn't know what she's doing, the results could be very unpredictable. So I just watched way too many outtakes of things that went wrong with baking shows.

One thing I noticed is that Maddy is really a fish out of water. Could you talk about that?

Maddie was a new concept for me, because in all of my other books, I had very strong female characters who are maybe a little older than Maddie is. I think that when you're younger, maybe you are a little more insecure, and you don't feel as confident about life and making decisions. You tend to care what other people think about you. Maddie has a hard time making decisions because she's afraid she's gonna make the wrong one. She has such a strong parental figure in the Admiral, her father, who has to make decisions that impact 1000s of lives every day. He's very forceful, and she's not so much.

Why is it important to read these kinds of books? Cozies often get short shrift.

I agree that cozies do kind of get the short end of the stick. We're sort of the redheaded stepchild, and people don't take cozy seriously. And honestly, I love cozies because they are basically a puzzle. So you have what hopefully would be just an entertaining story. It's also very good at making you think and keeping your mind sharp because you're looking for those clues.

I get letters from readers who tell me that because cozies are basically clean mysteries, there's not a lot of bad words. They're okay with their children reading. They're also not embarrassed or ashamed to have their grandmother read it.

While it is a cozy, you do touch on some tricky issues like housing challenges in coastal Michigan.

I think that cozy mysteries can still deal with tough topics like the housing crisis. Most authors are trying to incorporate real life to a certain extent, but with lighter hands, so that we aren't preaching or beating people over the head with our views.

A lot of people from outside have bought up the property [on the lake]. There still are a lot of farms in that area, and they bought the farmland, and so you have less land for farming, and more high-rise developments. Having a view of Lake Michigan has really increased in a lot of people just can't afford to live there.

We can also talk about both sides of the topic. There is an economic benefit to the community but then there's also a downside.

Murder is a Piece of Cake 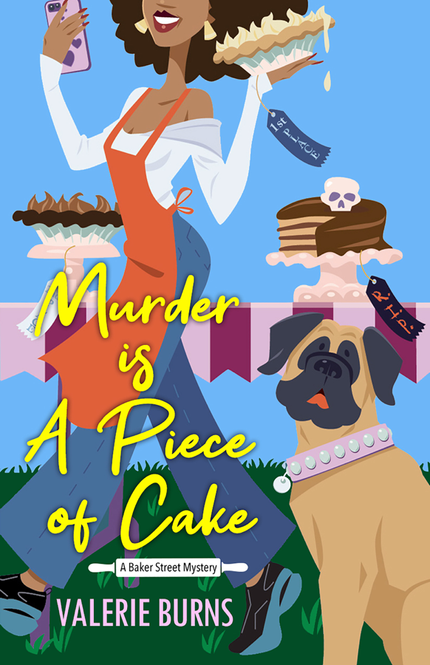