Murder & Mayhem talks with mystery author Diana Peterfreund about her work in the Clue franchise.

Many murder mysteries fans first introduction to the genre is through Clue, either the game or the movie. Even people not familiar with the murder mystery genre know the franchise, and many quote extensively from the film.

Even since the movie, there have been several series of books in the Clue franchise including 18 children’s books in the 1990s and even a 2018 comic book. In 2019, Clue fans got to see their favorite franchise come alive again—but this time, in an elite boarding school in the YA book In the Hall with the Knife. The third and final book, In the Ballroom with the Candlestick, was released on November 2, 2021.

Please enjoy this interview with Diana Peterfreund about her experience working on the Clue franchise.

Related: What Mystery To Read Based On Your Favorite Clue Character

Murder & Mayhem: How did you get involved with the Clue franchise?

Diana Peterfreund:  Abrams, my publisher, bought a license from Hasbro to use their property in the books.  Then they held auditions. My agent heard about it, and she thought I would be perfect and she asked me if I was a fan of Clue. And then I shot like, five movie quotes for her and she was like, ‘Okay, then you should audition for this.’ The audition was you write a chapter based on the scenario they give you. I did and then I got the job.

There were certain things that they definitely wanted in the brief. Abrams wanted it to be a YA novel. So the characters were going to be teenagers, and they encouraged me to make them very modern, because sometimes when you think of Clue, you think of more old-fashioned things. So they said, go ahead and do whatever you want. But it has to be set at a boarding school. They didn't want the rooms to be classrooms; they wanted the rooms to be used the way that they were originally envisioned, like a library, a lounge, a kitchen.

When I created all the characters, I tried to kind of keep them vaguely familiar to what we think of as the Clue character. Colonel Mustard was a kid from a military academy. Professor Plum was like the resident cool science genius, that kind of thing. I had an open slate to create my own mystery.

So why do you think Clue is so iconic?

People like murder mysteries.  It's kind of interesting to see there's a new generation now that's obsessed with murder mysteries with the podcasts. Now once you write a Clue book, all the Clue fans come out of the woodwork and you hear about everything. So there’s a Clue themed bar night. There's a version of Clue you can play at a house, where they chalk out the squares, and you kind of walk around. It's a way to have a murder mystery dinner party. I think Clue is kind of like the banner theme for people who just like murder mysteries and detective stories.

It's a very good concept. It's a really good game. I think that's why it's lasted for decades. And also it's so malleable. [There are] all these different versions that are Clue themed. My daughter likes watching this little math program called “Odd Squad.” There was an episode where they were solving a story [with] people in the house. It was obviously based on Clue; it was all like General Pentagon and Mrs. Triangle. It was a geometry game. She had never seen Clue before. But then when I was trying to explain to her how Clue works, she was like, “this is like that episode of Odd Squad.”

In the Ballroom with the Candlestick

The dramatic and deadly conclusion to the thrilling YA mystery series inspired by the classic board game CLUE! 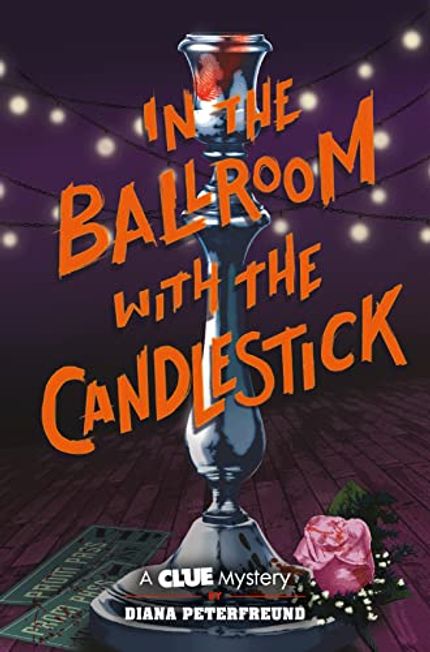 Why set it up in a boarding school?

The boarding school advantage is that they're stuck there. When you're writing a book, it's always about how to keep the characters where you need them to be. So you always have to think, ‘Okay, if there's a murderer in the house with you, a smart person is just gonna walk out, right?’ So you have to have a reason that you can't leave. In the first book, I gave them a snowstorm.

Then in subsequent books, you have to kind of find other reasons. Are the murderers following them out of the house?  What's happening? Why are they in this house still? Why can't they leave the boarding school? What if you're in a situation where your parents aren't letting you leave, or you don't have any other options? A boarding school makes that an easier question to answer rather than a house party at a mansion. Because after the first book, you're like, “I'm not going back to that party. It was a terrible party.”

Could you talk about the shifting point of view?

But then you're also rewarding the reader because you have the dramatic irony of a character. You're in their POV and you find a clue that that character doesn't know what it is. But the reader does, because the reader has seen it coming. It makes the reader feel good; readers love feeling like they're in the know. Then it also heightens the suspense in the book because the readers like, “Oh my god, they found the letter” or whatever it is and they're like, “Don't go into the basement!”

In the Hall with the Knife

A murderer could be around every corner in this thrilling YA trilogy based on the board game CLUE! 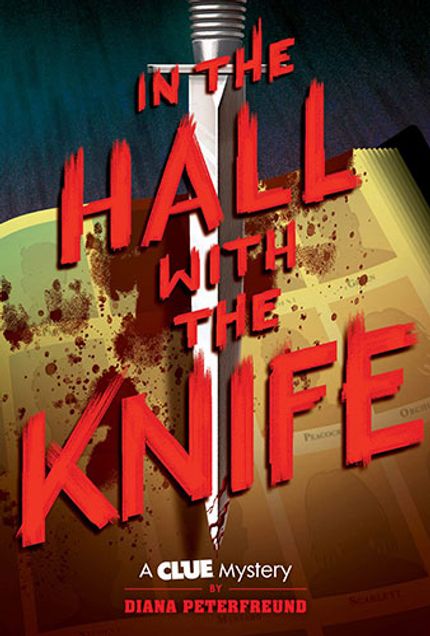 What’s your favorite part of the Clue franchise?

My books, of course. [laughs] The movie. I actually just encouraged a friend to watch it a couple days ago. And she was like, “this was really, really good.” You just have all of these really genius comic actors at the top of the game and these really clever scripts. I love the movie. I really do. Then as far as the actual games go, definitely Guess Who Clue.

How does it feel to contribute to the Clue franchise?

I've been having a ball, honestly. A common question to ask tie-in writers is "what is your dream IP?" and now I always like to say that it's probably something unexpected because it never occurred to me that I might have the chance to write Clue books until my agent brought it up. Right away I knew I desperately wanted to land that job because I love Clue and I instantly had a million ideas. I'd love to see them skin a game with Blackbrook and my characters. That's the dream!

Writing for a property you're a fan of is especially fun because you're in conversation with all the other fans and you get to explore things that maybe everyone has always been wondering for years, like "hey, do the secret passages actually cross each other, and how?" which I put in the second book...I've loved talking to Clue fans.

Related: The House That Inspired the Board Game Clue is On the Market

In the Study with the Wrench

The thrilling sequel to the book that Kirkus Reviews called “ingeniously plotted and vastly entertaining,” inspired by the classic board game CLUE—now in paperback! 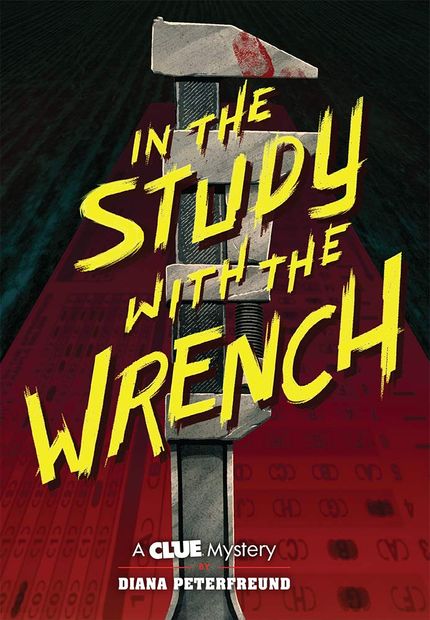