A former lawyer ups the stakes in this thrilling debut.

Down Wind And Out of Sight is Douglas Richardson’s brilliant debut novel. Inspired by his time living across from a Chesapeake estate, Richardson set the novel on the Bohemia Manor Farm. “I never once saw a live human being during those years, and I constantly wondered what in the world went on within those walls,” Richardson said. “Finally, I thought I’d just make up a story that centered on that property.”

Douglas Richardson has already had an expansive and successful career. For decades he was a lawyer before turning his focus to consulting and then professional coaching, and now—in his mid-seventies—Richardson has become a full-time novelist. This is not nearly his first time writing professionally. He’s penned a handful of successful business books. This is the first time, however, that he is able to focus on fiction.

10 Psychological Suspense Books That'll Keep You Up All Night

Down Wind and out of Sight 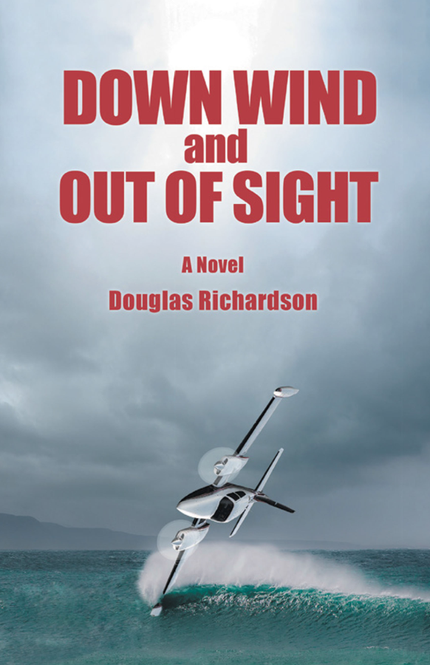 “‘And Now for Something Completely Different,’” Richardson said, quoting Monty Python to discuss his switch from nonfiction to fiction. “In my roles as a lawyer and my 30 years as a Dow Jones columnist, I had done a lot of writing…But all my nonfiction writing was didactic. It was all about being the expert, about teaching people how to do things or instructing them what to think. Its job was to make good sense, not to evoke human emotion or inspire empathy or communicate a message.”

“Nonfiction is like photography: you shoot a snapshot that depicts objective reality, you paste it up on the wall, and bang, you’re done. It is what it is,” he continued. “Fiction is more like painting. Its job is evoke, not denote. Its purpose is not to articulate some objective reality, but rather to draw from the palette of human emotion and depict subjective states of mind. It lets you dispense with rigid logic, lets you wade into your imagination and make stuff up. Lets you stretch the truth, mold the facts, and tell colorful enjoyable lies. I find the experience of writing fiction unbelievably exhilarating.”

The novel centers on a found family secretly living on a Chesapeake Bay estate. They want nothing more than to maintain their privacy and thus, their safety. A would-be-innocent experiment by a teen begins a domino effect of the family’s safety breach. The results of the experiment have tipped off government officials that the seemingly silent estate may be hiding something—or someones.

Filled with action, suspense, surprises, and touching moments of former strangers realizing they’ve become family, Down Wind and Out of Sight is a perfect next read for thriller fans as well as anyone looking to support an up-and-coming novelist.

Down Wind and out of Sight