Exposing the Dark Side of the Wellness Industry: Conversation with Amina Akhtar

Inside something meant to heal hides a world of harm... 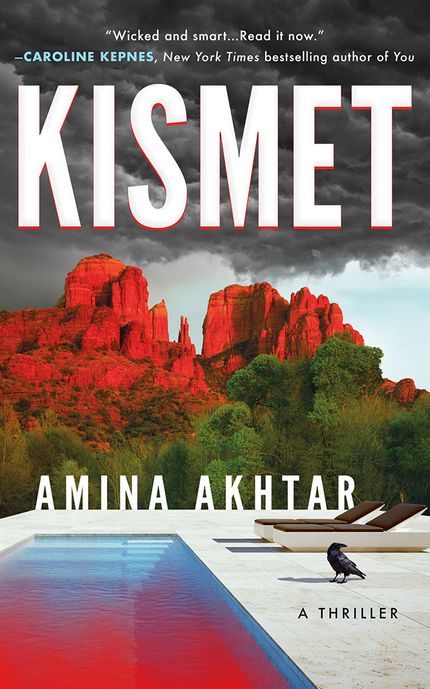 It Takes a Community: Writing Crime at the Midnight Hour

https://murder-mayhem.com/books-for-fans-of-psychoWhen asked about how she got into writing, she talked about being burned out after her layoff from the fashion industry and decided to write her first book, that would become FashionVictim.

The idea I had was American Psycho, but make it fashion? I always thought it would be funny to write it as a psycho-thriller, where the main character is an idiot, or she appears to be an idiot fashion girl, and nobody believes she was the killer. I just want to be able to say that I've written a book.

Pushing the Boundaries of Mysteries with Sulari Gentill

Akhtar ended up moving out to Arizona since her dad was alone. And that’s where the idea for Kismet came to be.

Then I finally got my book deal [for FashionVictim] and I'm moving out here in the crazy desert. I don't see people; I only see animals out here. I have to set a book out here. There are so many places to bury a body in the desert. I know people come to Sedona because it's beautiful. But in my weird head, all I can think of is there are so many bodies buried here. Oh my god. Let's add some more. 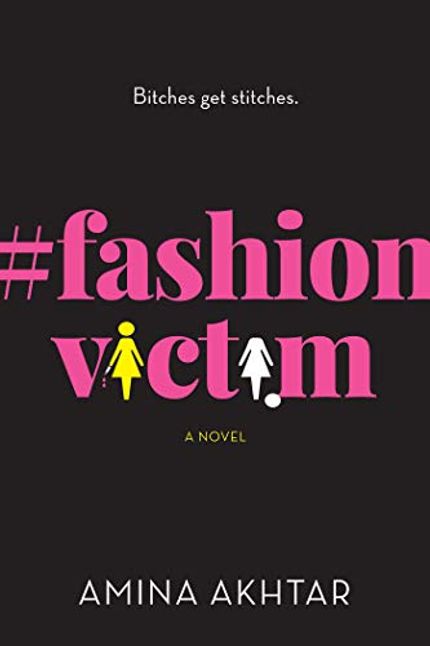 Why did you choose to focus on the wellness industry?

I'm about 20 miles from Sedona. The town is where the people who work in Sedona live. It's really beautiful, but the big industry is wellness and tourism. I had some Arizona friends who read it and they were like, “This is actually very spot on.” Whereas other people were like, “How dare you talk about Sedona this way?” And I'm like, everything has to have a dark side. I feel that's just normal; I am a fan of wellness in moderation.

I don't want to be a little woo woo, but when you live out here there is a weird, different vibe out here. It gets to be very normal to be walking around and you meet somebody, and they're like, “I'm a Shaman, and I'm talking to a ghost right now.” And you're like, “Okay, that's nice.” That happens way too often.

Could you talk about the cultural appropriation in the wellness industry mentioned in the book?

Coming from the fashion world, wellness and fashion go hand in hand. Every time you would go out to dinner with a publicist in fashion, they would have a psychic with them, just randomly, or a tarot reader, which is cool. But what was always interesting to me was how people were picking and choosing different cultures, but they weren't lifting those cultures up. And you can see it when you go on Instagram, Wellness accounts will go on and on about Rumi and have Rumi quotes everywhere but there wouldn’t be anything to help lift up Muslim voices.

When you're out here, there is obviously an indigenous population here but they are not always really included in what's happening in Sedona. How can I address this and make it true to my own background? Let's talk about South Asian Orientalism that's happening. Growing up we always used to have henna and stuff. I just think people who would make fun of us as kids for having that on our hands are now the first to go get henna done or get a bindi.

It was a way for me to address it while making it funny.  But also, you know, the less funny side is that wellness is a billion-dollar industry, and the people making the money are all white. It's getting better in terms of being able to find Black and Brown practitioners. It's getting easier to find more, but it is always a bit of a challenge.

I’m not a huge serial killer book fan but somehow it worked for me in this book. Could you talk about that?

I like writing about terrible, bad people who need a comeuppance. There should be a serial killer who's going after the scam artists.  I tried to make it as hilarious as possible, but I felt like “Yes, there's a serial killer. But that's not necessarily the main story.” There's a serial killer happening in the background and Ronnie has to stay alive and possibly figure it out.

Ravens are fairly significant characters in the book. Could you talk about that narrative decision?

When you're out here, I really don't see humans online, because we're on a couple of acres on a mountain. We do have pet coyotes now because  they live here and they've always lived here. Every day, in the afternoon, all the animals cross in front of our yard, right by our patio. So you're really just part of nature out here, which I think is the draw. I wanted to incorporate that. How can I really address what a huge part of nature is here in each chapter? As I'm trying to think of it, one of the big ravens outside left a feather on my driveway, which I still have. It might be woo woo and a little bit Sedona. I  literally put that in the book. Yeah, the ravens were like, humans are doing bad things. Just the six years that I've lived here you see habitat loss; more housing built up; and  fewer places for the animals to go. Let me dive into this because it's gonna keep happening. Let's see if we can give the animals a voice.