Daughter of Time: A Mystery Lover's Guide to Josephine Tey

The Scottish author's masterful plots left an indelible mark on the mystery genre.

Josephine Tey, whose real name was Elizabeth MacIntosh, first began publishing stories under the pseudonym Gordon Daviot in 1925. Extremely well read and highly educated, the Scottish-born MacIntosh eventually changed her pen name to Josephine Tey, which had been her great-great-grandmother’s name. Almost all of her mysteries feature the Scotland Yard detective Alan Grant, though she also wrote numerous plays and stand-alone novels. Tey died at the age of 55 of liver cancer. As she guarded her privacy fiercely, even her closest friends had no idea she was ill. Today, she is widely regarded as one of the best mystery writers of all time. Her eight mystery novels refused to hew to conventions made popular by the Detection Club, creating a new and engaging rhythm. 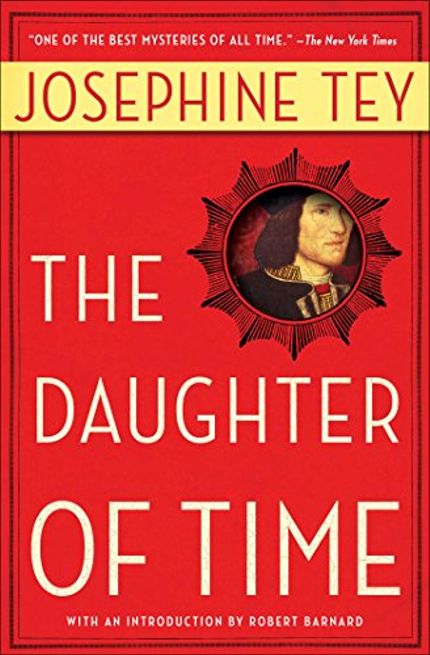 The fifth of Tey’s Alan Grant series, The Daughter of Time was selected by the British Crime Writers Association as the best crime novel of all time in 1990. Laid up in the hospital with a broken leg, Grant resolves to solve one of the UK’s greatest mysteries: Who killed the young princes Edward and Richard? The man who eventually became Richard III was sworn to protect them, and yet, they disappeared into the Tower of London and he became king in 1483. Grant believes Richard III has long been vilified by history and sets out to prove his innocence. 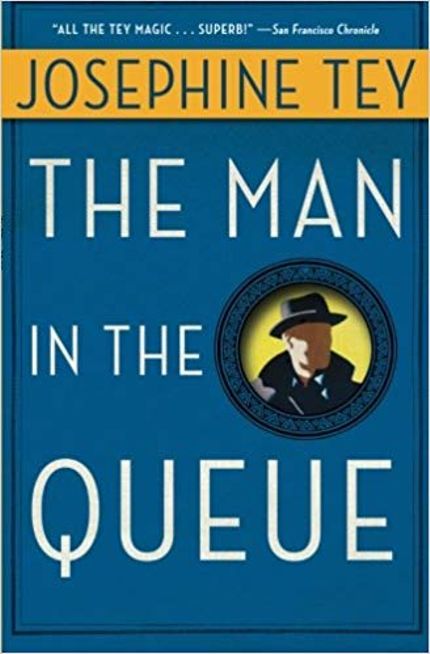 The Man in the Queue

This novel marked the debut of Alan Grant and was originally published under MacIntosh’s original nom de plume, Gordon Daviot. As a man waits on queue (or in line, as we say in the States) for London’s favorite musical comedy on the West End, he's murdered. When the crowd moves forward into the theater, the man is carried along, a silver dagger wedged in his back. Much to Inspector Grant’s dismay, none of the victim's neighbors can account for what happened.

The Man in the Queue 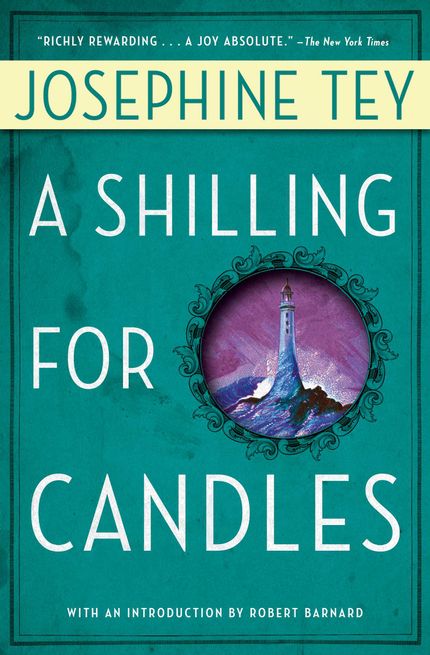 A Shilling for Candles

The second Alan Grant book, A Shilling for Candles was the source material for Alfred Hitchcock’s 1937 film, Young and Innocent. Another suicide off the cliffs of Scotland’s south coast is, sadly, nothing new for the seaside community. But when the latest discovery turns out to be the body of the famous film actress Christine Clay, Inspector Grant has his doubts about the facts behind her death. Though Hitchcock’s adaptation is a classic crime thriller, its plot differs significantly from Tey’s novel.

A Shilling for Candles 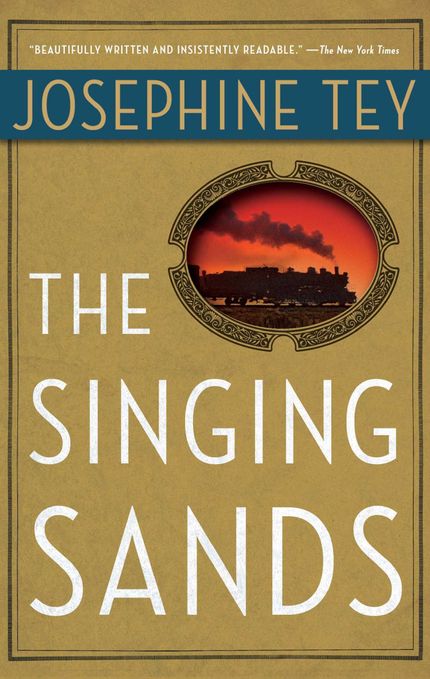 Inspector Grant is finally hoping for a vacation with an old school friend, away from all the murders and buried secrets of his demanding job. Sadly for him, destiny has other plans. On the overnight train Grant discovers the body of a man who has been murdered, with a strange verse left behind on “the stones that walk” and “the singing sands.” (As it turns out, Tey was inspired by the legend of Iram of the Pillars, a lost city mentioned in the Qur’an.) So much for vacation, Inspector Grant.

Crack the case. Sign up for Murder & Mayhem's newsletter, and get thrilling mystery recommendations delivered straight to your inbox. 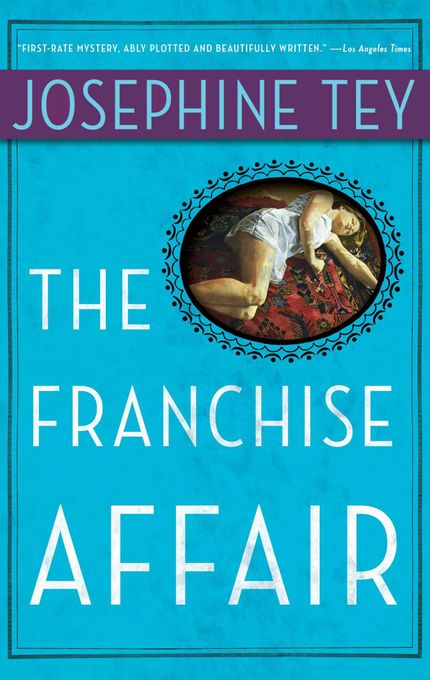 A longtime favorite of Tey fans, The Franchise Affair is interesting in part because Inspector Grant only appears briefly in the beginning pages. Lawyer Robert Blair receives a call from Marion Sharpe, a young woman who cares for her elderly mother at the family home, called The Franchise. Another woman named Betty Kane has accused mother and daughter of kidnapping and imprisoning her. At first, Blair (and Grant) are skeptical. But then Kane describes The Franchise to a tee. This popular book was adapted into a film starring Michael Dennison and Dulcie Gray in 1950. 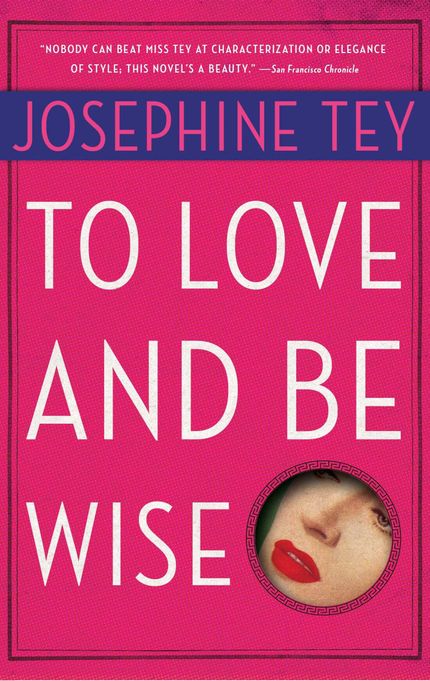 To Love and Be Wise

Headed to a rare party, Inspector Grant meets the dashing Leslie Searle, an American photographer with many female admirers. He’s shocked when the young man turns up dead, apparently drowned, just a short while later. But the death is suspicious, and Grant begins to wonder if one of the many women beguiled by Searle may have had a motive for murder.

To Love and Be Wise 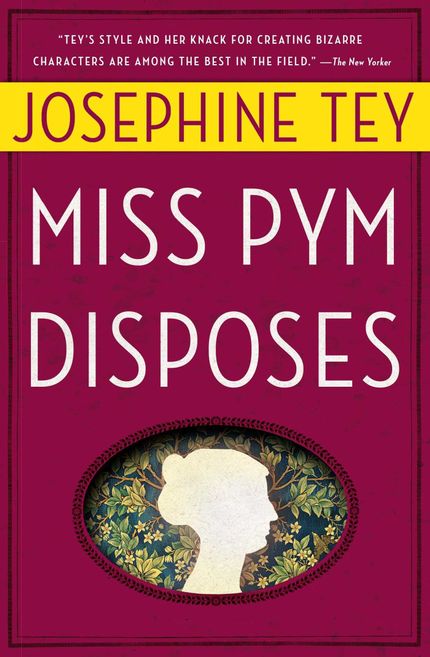 Outside of the Alan Grant series, Tey wrote two stand-alone mysteries, the first of which is Miss Pym Disposes, published in 1946. Miss Pym, a psychologist, is working at a physical training college when she notices one student’s strange behavior. Eventually she discovers the girl cheating on their final exam. But when she unearths one transgression, another, far worse—a murder—occurs. And now Miss Pym is the only one who can prove it wasn’t an accident. 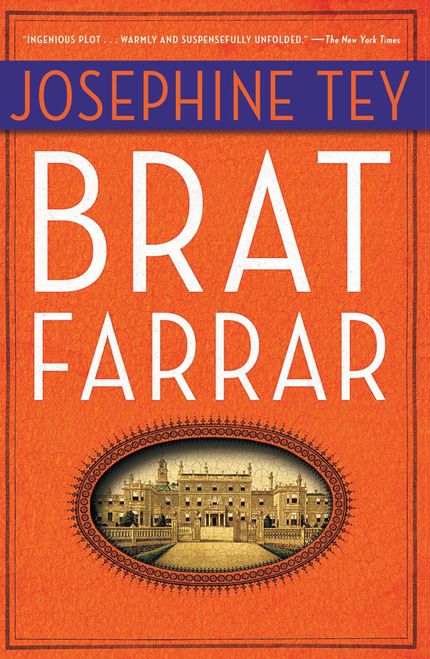 Inspired in part by the true story of the Tichborne Claimant, in which a man tried to impersonate an heir to a large fortune, Tey’s Brat Farrar tells the story of a stranger who appears one day claiming to be Patrick Ashby, the heir to the Ashby family fortune. His real name is Brat Farrar, and it’s obvious that this is no mere spur of the moment plan made in hopes of wealth. Farrar has been studying the Ashby family for years, planning the ultimate deception.