Discover the best the Queen of Suspense has to offer.

Mary Higgins Clark passed away on January 31, 2020 at the age of 92. Her passing capped an extraordinary career as an award-winning and internationally bestselling author.

She was known as the Queen of Suspense—and for good reason. With over 50 bestselling books to her name and an assortment of awards, Mary Higgins Clark will remain one of the brightest stars of the mystery and thriller genre. Higgins Clark stayed active as an author up until her death. Her latest book, Kiss the Girls and Make Them Cry, was published in November 2019, and was described by Bookreporter.com as a "timely and electrifying thriller that will keep readers on the edge of their seats."

It’s easy to trace Mary Higgins Clark's influence to present-day thrillers like Sharp Objects or the works of Megan Abbott. With a focus on strong female characters who have undergone extreme and at times brutal trauma, the twists and turns of Mary Higgins Clark's books are sure to keep you reading long into the night.

In honor of the Queen of Suspense and her impressive body of work, we rounded up ten of the best Mary Higgins Clark books.

Want more suspenseful novels? Sign up for Murder & Mayhem's newsletter, and get our mysterious picks delivered straight to your inbox. 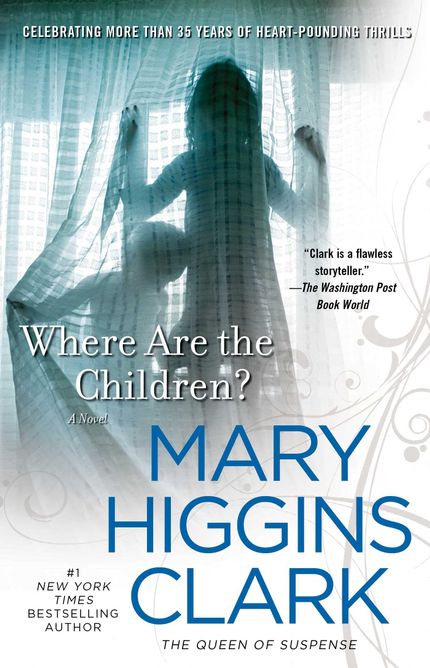 Where Are the Children?

It was with Where Are the Children?, her second published novel and first in the suspense genre, that established Higgins Clark as a literary force. Rocked by the death of her children and the dissolution of her first marriage, Nancy moves across the country, changes her name, and alters her appearance. She soon finds herself with a new husband and two new children. But when her kids disappear, her worst fears come true. It’s happening, again. Based loosely on the real case of Alice Crimmins, this suspenseful tale will keep you guessing.

Related: 10 Suspense Books That Will Leave You Reeling

Where Are the Children? 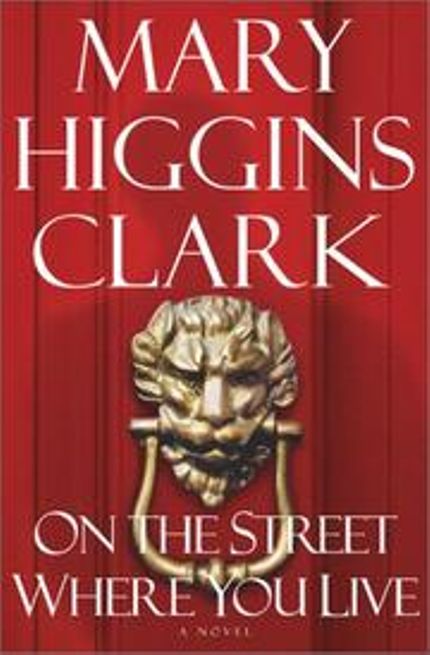 On the Street Where You Live

Emily Graham has been through the wringer. Recently out of a nasty divorce, and looking to heal from being stalked, Emily changes jobs and purchases her old family home in Spring Lake, New Jersey, which the family sold in 1892 after the disappearance of one of Emily's distant relatives. As Emily begins renovating the house, a body is found–but not of the family member who disappeared long ago. Instead, it's the body of Martha Lawrence, a young woman who disappeared only a few years ago–and in her hand is someone else’s finger bone, and on it, Emily's family ring. Soon, the killer seems to be after Emily as well.

On the Street Where You Live 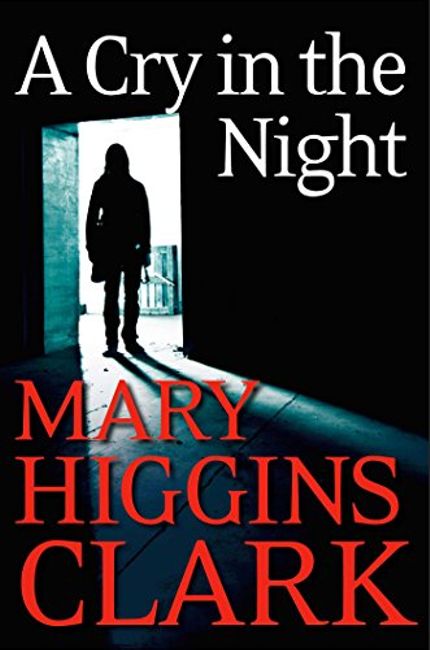 A Cry in the Night

Jenny MacPartland falls head over heels for Erich Krueger when they meet at her art gallery. She’s divorced and the single mother of two children, so she’s thrilled when Erich returns her feelings and proposes. Initially, their life at his Minnesota ranch is pure bliss. After a few months, however, Jenny finds that Erich isn’t the man she thought he was. Fearing for her life and the lives of her children, Jenny tries to leave. But Erich’s not about to let her go so easily...

A Cry in the Night

All Around the Town

Laurie Kenyon’s fingerprints are all over the scene of her English professor’s murder scene. Strangely, she has no memory of the crime. When she reaches out to a psychiatrist to help her remember what happened, Laurie instead discovers that she was kidnapped as a child and spent two years in agonizing captivity. Soon, Laurie realizes that her dissociative episodes are not the only things linking these two crimes together.

All Around the Town

A Stranger Is Watching

Made into a surprisingly effective 1982 TV movie starring Kate Mulgrew, A Stranger Is Watching is the story of a father and son haunted by a murder. Neil was only four years old when he witnessed the murder of his mother, Nina. After two years, it seems Neil and his father, Steve, will soon see justice: The state of Connecticut is about to deliver the death penalty to Nina’s killer. Except Connecticut has convicted the wrong man. And the real killer is dead set on finishing the job.

A Stranger Is Watching

Want more suspenseful novels? Sign up for Murder & Mayhem's newsletter, and get our mysterious picks delivered straight to your inbox. 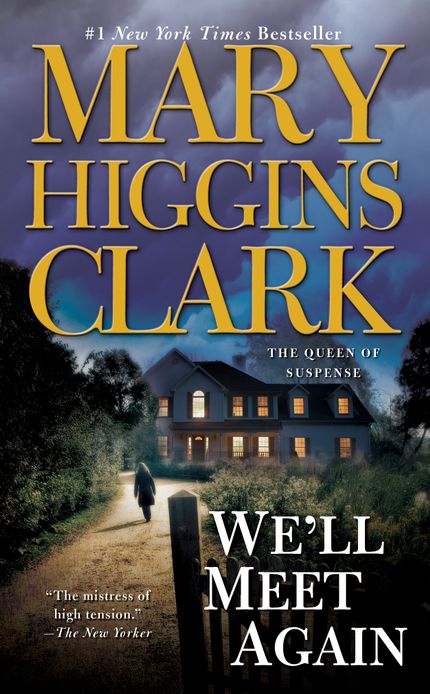 Gary Lasch has been murdered in his home. His wife, Molly, is covered in blood. Coming just days after Molly’s discovery of Gary’s infidelity, there’s no reason to look anywhere else for the killer. Despite her insistence that she’s innocent, Molly accepts a plea deal to spend just a few years in prison. Upon her release, Molly finds an old friend, Fran, and convinces her to use her journalistic skills to investigate the murder case. Fran agrees, and soon unearths a conspiracy that goes far beyond Gary’s death. 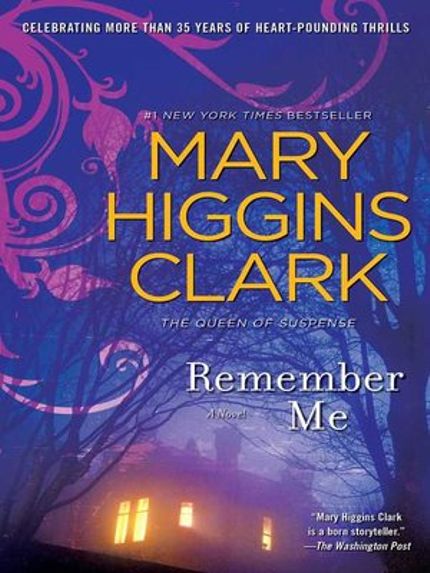 Menley Nichols is traumatized by the tragic death of her son, Bobby. So she and her family set out to Cape Cod in hopes of finding peace. But something eerie haunts this seaside home known as the Remember House–and soon Menly fears for the safety of her young daughter, Hannah. Meanwhile, Menley's lawyer husband takes on the defense of Scott Covey, who stands accused of drowning his wife. The seemingly disparate plot points crash together in one thrilling climax set upon a Cape Cod beach. 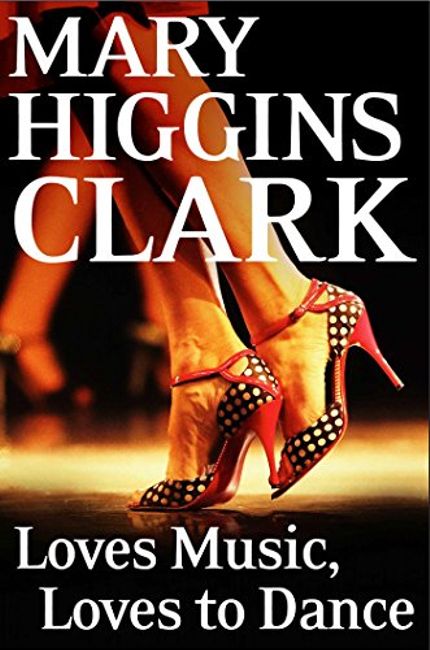 Erin Kelley and Darcy Scott have been best friends since college. Now, they’re living in New York City, working their way up the ranks as a jewelry designer and interior decorator, respectively. When their friend recruits them to look into the sort of people who place personal ads for dates, Erin vanishes. Her body is found on the pier–with a dancing shoe on one foot. Erin’s body is not the first to turn up wearing unusual footwear, and it’s definitely not the last. This creepy-crawly story will appeal to those who enjoy a streak of serial killer menace to their thrillers. 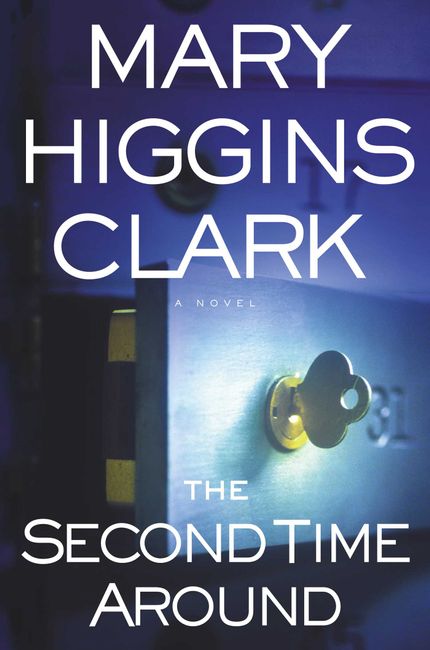 The Second Time Around

The disappearance of Nicholas Spencer, the CEO of a profitable pharmaceutical company is big news. Wherever he’s gone, he’s taken most of the company’s money with him. His wife, Lynn, has become the scapegoat, and she’ll do anything to prove her innocence. Lynn convinces her stepsister Carley, a reporter assigned to the story, to help. But powerful forces lurk in the shadows—and they're determined to stop the two women at any cost.

The Second Time Around 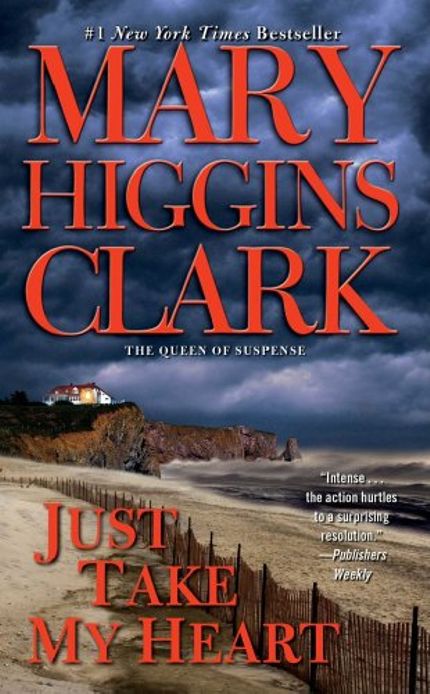 Two years after actress Natalie Raines is shot and killed, an ex-con reveals that Natalie’s husband tried to hire him to kill her. Without his confession, the police had been unable to charge Natalie’s seemingly-guilty husband. Now, Emily Wallace, an assistant prosecutor, is tasked with building the case. Does she have what it takes to bring down the killer?