She's a master of the mystery genre. But where, exactly, does one begin with her work?

If you walked into a hospital in London in the 1950s, you may have met a woman named Phyllis Dorothy James working hard to provide for her family. You may not have guessed that she was also hard at work on her first novel. Released in 1962, Cover Her Face launched P.D. James's career and introduced readers to a cunning new literary sleuth–what case would Detective Chief Inspector Adam Dalgliesh of Scotland Yard solve next?

Over the next 52 years, James penned 14 Dalgliesh mysteries, five other novels, and an array of short stories. Unsure where to start? We've got you covered. These nine P.D. James books are perfect for newcomers and seasoned fans alike.

Unnatural Causes puts the fox in the coop. Dalgliesh, long awaiting a vacation, finally gets the chance to join his aunt Jane in a quaint English seaside village. Although Dalgliesh expects a relaxing time, he arrives to discover that a number of writers have also taken up residence in aunt Jane’s house, including a detective novelist. When that novelist shows up dead, Dalgliesh finds himself sucked into the investigation.

Related: 10 Murder Mystery Books You Won't Be Able to Put Down 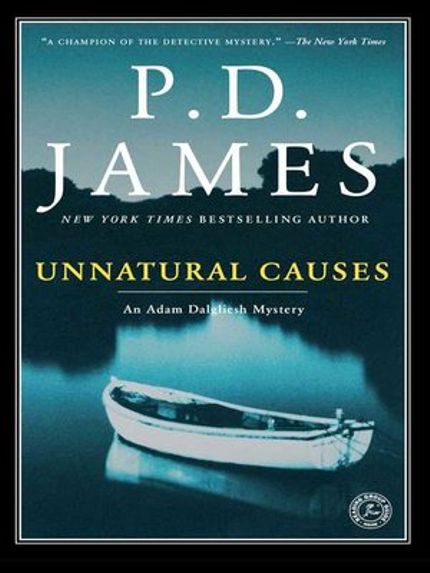 Published in 1962, Cover Her Face was both P.D. James’s and Dalgliesh’s debut. Sally Jupp is found murdered in a locked room, leaving behind a young son. The victim was far from popular with her fellow townspeople. Now Dalgliesh must sift through the grudges and resentments to find who hated her enough to kill. 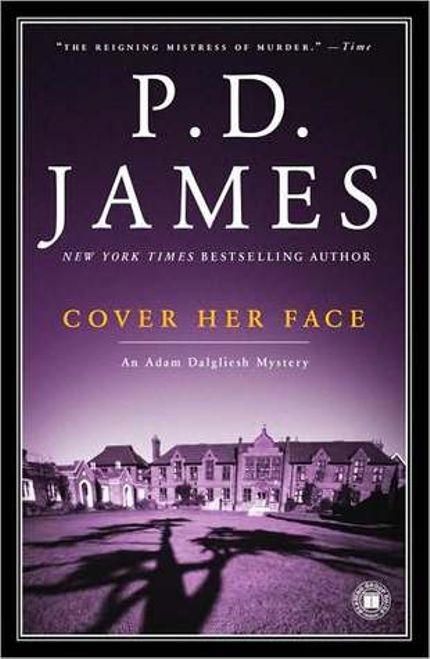 Looking to dip your toes rather than dive into a full novel? Try out Sleep No More, published in 2017 but featuring tales written by James over the course of her career. Although these stories don’t feature Inspector Dalgliesh, they do show why James’s writing is so engaging. James delves into the minds of the perpetrators and tries to uncover what drove them to commit their crimes. This collection proves to readers that James is both a master of the novel and short story form. 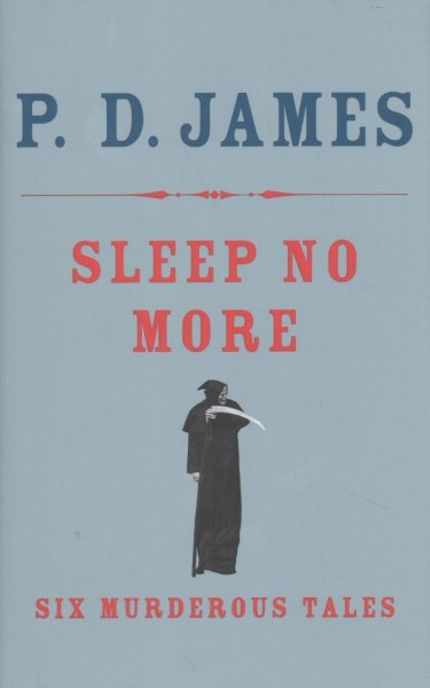 Dalgliesh has just overcome a deadly illness when he is called to an isolated nursing home on the coast of England. The elderly chaplain needs advice, and so he’s reaching out to his old friend, Dalgliesh. But by the time the detective arrives at the nursing home, Father Baddeley and one of his patients are dead. While Dalgliesh mourns the loss of his friend, it becomes apparent that Father Baddeley’s death was no accident.

As the bodies begin piling up, the detective’s own fragile health is at risk. He is about to learn of the evil truth behind his friend’s death, racing against time to prevent even more. James’s storytelling in this one takes a darker turn, inviting readers into one of Dalgliesh’s most harrowing cases yet. 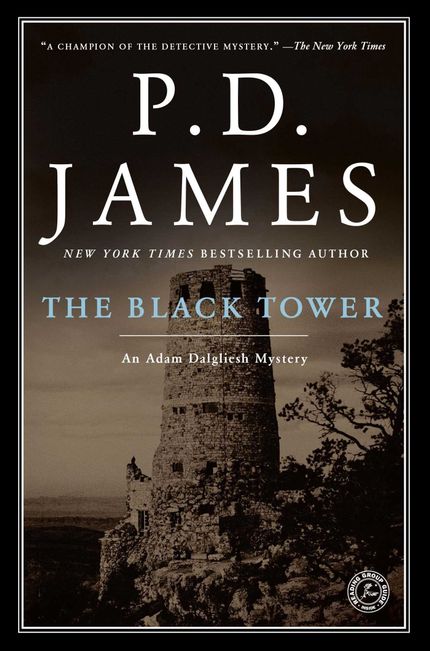 An Unsuitable Job for a Woman

In her second series, James introduces readers to Cordelia Gray. When handsome Cambridge dropout Mark Callender is found dead, hanging by his neck, with a faint trace of lipstick on his mouth, the case is ruled suicide. However, his wealthy family doesn’t agree. They hire Cordelia Gray to uncover what led to their son’s untimely death.

As she soon learns, there is a long history of twisted family secrets that may have contributed to Mark’s death. Meanwhile, Cordelia must deal with her own stresses: This is the first case taken on alone after her mentor, Bernie Pryde, killed himself. Strained with the loss of her close friend and grappling with this new case on her own, Cordelia must learn how to protect herself while solving her first solo case. 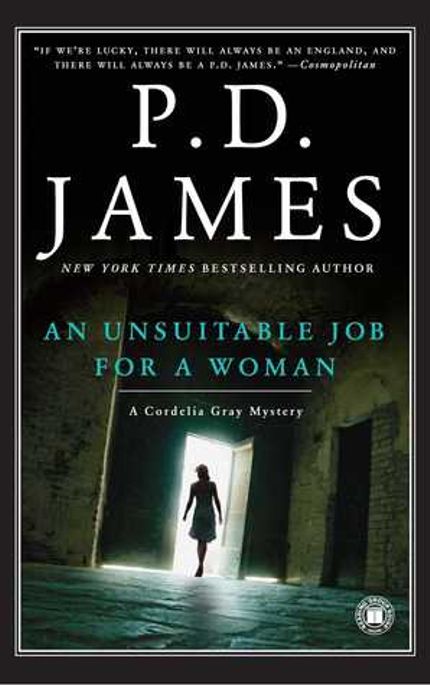 Looking for more iconic mysteries? Sign up for Murder & Mayhem's newsletter, and get our most thrilling tales delivered straight to your inbox.

Adam Dalgliesh takes on a baffling new case when a murder rocks the entire London book publishing industry. The managing director of one of the city’s most prestigious publishing houses is found dead in his office. As anyone familiar with publishing knows, the opportunities for jealousy, hatred, lust, and ambition are nearly endless. Can the Inspector discover which motive led to Gerard Etienne’s death? 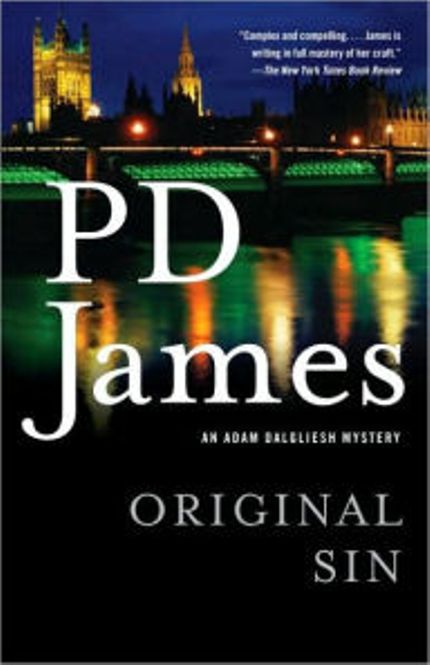 Looking for something a bit different? This Jane Austen mystery will do the trick. Set six years after the end of Pride and Prejudice, Death Comes to Pemberley finds, well, death at Pemberley. Elizabeth and Darcy are happy, their sons are beautiful and healthy, and beloved sister Jane lives close enough to visit. Life seems perfect.

That is, until Lydia Wickham is found screaming that her husband has been killed, and the peaceful life at Pemberley is thrown into chaos. She’s confident her husband was murdered, but who would have any reason to want him dead? James’s story offers a thrilling new look into the lives of Austen’s beloved characters and a shocking mystery that will hook readers until the very last page.

Related: 7 Anne Perry Books About Sleuths and Murders of the Past

On the cliffs of the East Anglian coast sits a small theological college, overlooking the sand and sea. One morning, the body of a student is found buried in the sand. Thanks to the victim’s influential father, Detective Dalgliesh is brought on to investigate the case. When it becomes apparent this is not the work of an amateur, Dalgliesh finds himself unexpectedly caught in a world of good and evil and of concealed dark pasts that may be motive for murder.

Dalgliesh’s final case may be his most perplexing–and fascinating. The detective is called up to Cheverell Manor in Dorset, owned by George Chandler-Powell. Chandler-Powell has been using the home as a private plastic surgery clinic for the rich and powerful, for years operating in near silence. But when investigative journalist Rhoda Gradwyn arrives to have a facial scar removed, she is instead found dead. Is it just the result of a surgery gone awry? Or is something darker afoot? 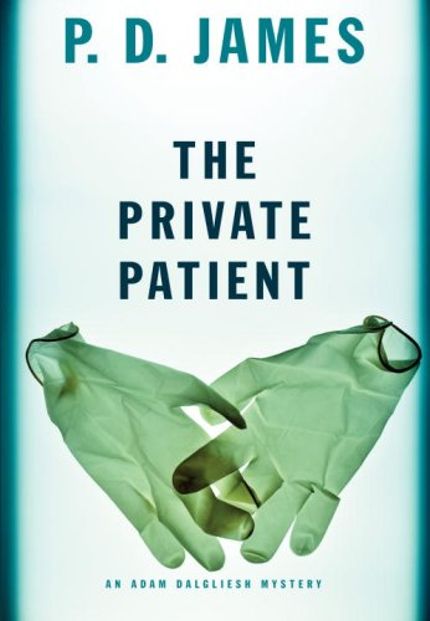