Born in 1951, Galway native Ken Bruen has become one of the most prominent Irish crime writers in the world. Best known for characters like disgraced former police officer-turned-private eye Jack Taylor and Detective Sergeant Tom Brant, Bruen’s books offer an unflinching look at life in Ireland during the last few decades. Immigration and substance abuse are recurring themes. Critical moments in modern Irish history—from the Catholic Church's fall from power to the economic boom of the 1990s—also inform many of the best Ken Bruen books.

Aside from his successful career as a novelist and short story writer, Bruen also spent years teaching English in Africa, Japan, Southeast Asia, and South America—including a harrowing stint in a Brazilian jail. While these world travels may influence Bruen’s fiction, the vast majority of his work is set in and around his hometown of Galway, where he still lives today.

But Bruen’s readership extends far beyond Ireland, and his widespread appeal has led to literary accolades and screen adaptations. He has received the Shamus Award, the Barry Award, the Grand Prix de Literature Policiere, and multiple nominations for the Edgar Award. Meanwhile, his most memorable characters have been brought to life by such acting powerhouses as Iain Glen, Jason Statham, Keira Knightley, and Colin Farrell (to name but a few).

In November, Bruen is set to publish the hotly anticipated Galway Girl, the fifteenth entry in the author's long-running Jack Taylor crime thriller series. In celebration of the upcoming release, we're rounding up our favorite Ken Bruen books. For those who haven’t read the author's thrilling mystery and crime novels, or those who have and are looking to journey once more into Bruen's gritty world, here are the best Ken Bruen books worth investigating. 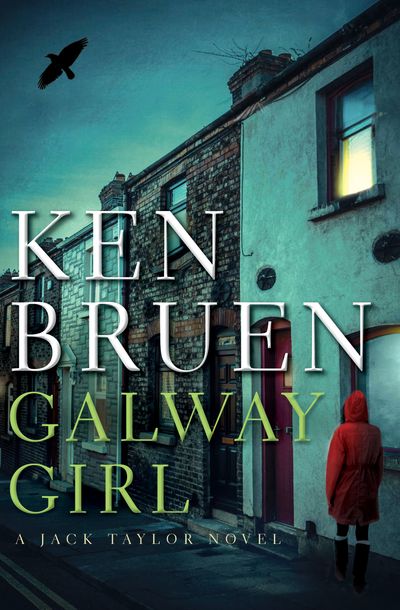 Releasing in November 2019, Galway Girl is the fifteenth installment in the Jack Taylor novels, Bruen's longest-running series. While reeling from a personal tragedy, the flawed Jack Taylor is dragged into an investigation involving three young killers targeting members of Ireland’s police force. But Taylor's colleagues are just collateral damage—the trio's true quest, spearheaded by the titular Galway girl, is to bring Taylor down. It's a predicament with which he has much experience, but is he equipped to handle it in the wake of such unfathomable loss? 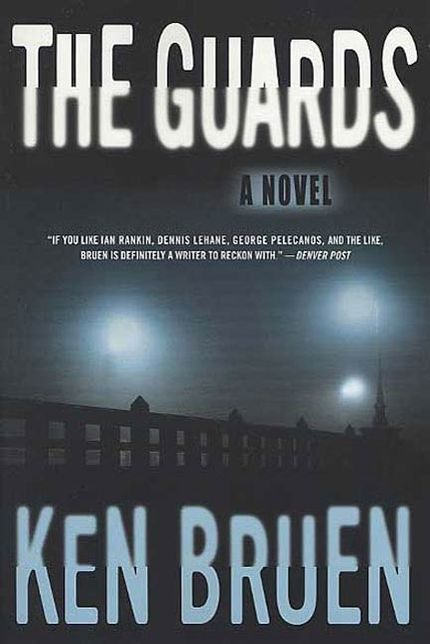 For those who haven’t met Jack Taylor—Ken Bruen’s most popular protagonist—Bruen’s 2004 Edgar Allan Poe Award nominee is the perfect introduction. The first of an ongoing series, The Guards picks up when Taylor is at his lowest. Devastated by his dismissal from the police force, he tries to make a go as a private eye—though he often searches for answers at the bottom of a pint glass. When a mysterious woman walks into the bar with a strange request, he's given a chance at redemption ... but at what cost? One of the best Ken Bruen books out there, The Guards is an “outstanding debut mystery” that features Bruen's signature combination of dark humor and grit (Publishers Weekly). 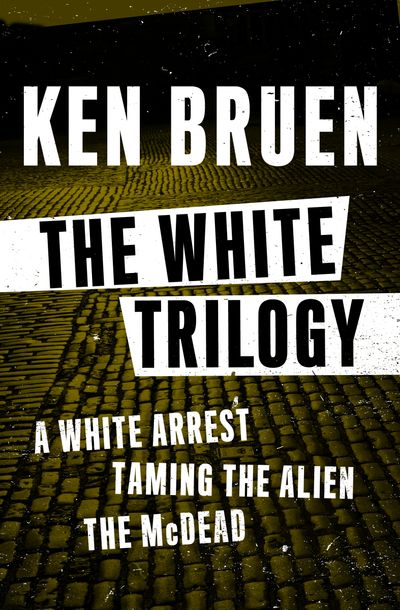 Before he introduced the world to Jack Taylor, Ken Bruen created a ferocious pair out of police officers Chief Inspector James Roberts and Detective Sergeant Tom Brant. While the duo has since starred in more than half-a-dozen novels, they first debuted in the The White Trilogy. The three-book series kicks off with A White Arrest, in which they chase a bat-wielding lunatic—a hitman who got his nickname by carrying out a hit during Ridley Scott’s Alien—and a criminal kingpin in London.

Want more crime fiction? Sign up for Murder & Mayhem's newsletter, and get our best recommendations delivered straight to your inbox. 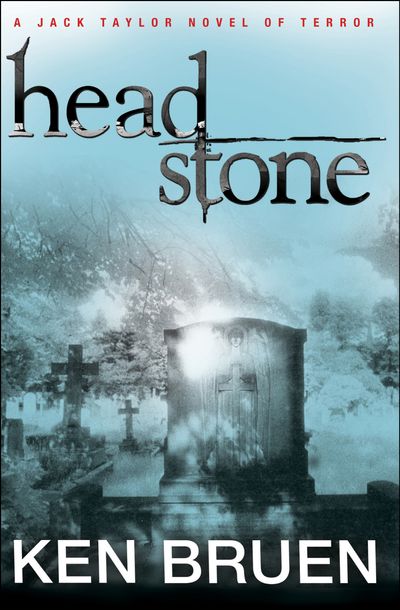 One of the darkest entries in the Jack Taylor series, Headstone finds Bruen’s alcoholic ex-cop going up against an unpredictable foe. A sinister organization called “Headstone” is committing acts of seemingly random violence throughout Galway. The lack of a discernible pattern is disarming, but it doesn't take much for Taylor to realize that—if he doesn't play his cards right—he, too, will wind up dead. 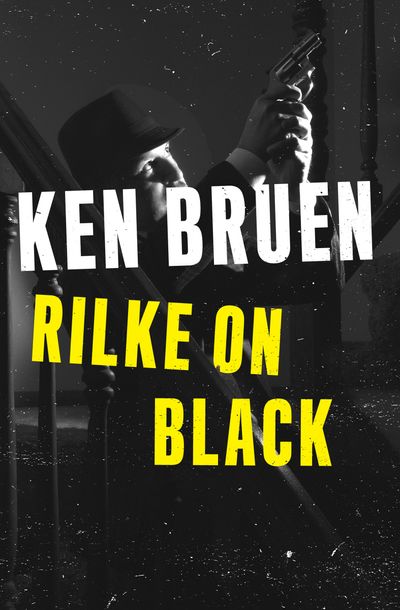 A South London businessman with a softness for Rilke should be an easy target, right? Wrong. In this early Bruen noir, a ragtag group of kidnappers realize a simple mission can go off the rails when the participants are working toward their own ends. Anchored by a vibrant trio of criminals—an ex-bouncer, a firecracker of a junkie, and a sociopath—Rilke on Black is a “startlingly original” novel about betrayal and obsession (GQ). 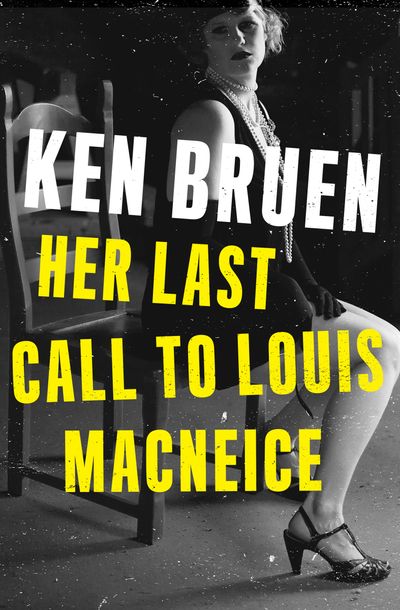 Her Last Call to Louis MacNeice

Cooper is an ex-con with a straight-laced business—he even has an accountant—but he still likes to rob banks on the side. Enter Cassie, a beauty with a taste for Irish poets, metaphysics, and all kinds of trouble. She’s also extremely territorial, expressing in no uncertain terms that Cooper can have her and only her. It's all fun and games until Cooper wakes up drugged and robbed at Cassie's own hands, with a note implying she hasn't finished with him yet . . .

Her Last Call to Louis MacNeice 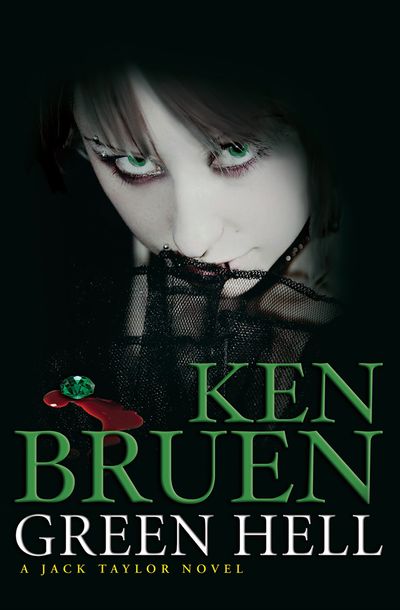 Jack Taylor may have hit rock bottom, but that doesn’t mean he’s going to stop fighting criminals. Aided by an unexpected new sidekick, he continues his vigilante campaign against a prominent and sadistic literature professor. But the true twist in this case comes when Emerald, a young Goth girl, enters the picture with an invaluable connection. With her help, can Taylor finally bring down de Burg once and for all? Or will Emerald serve the final blow that results in Jack’s complete dissolution? 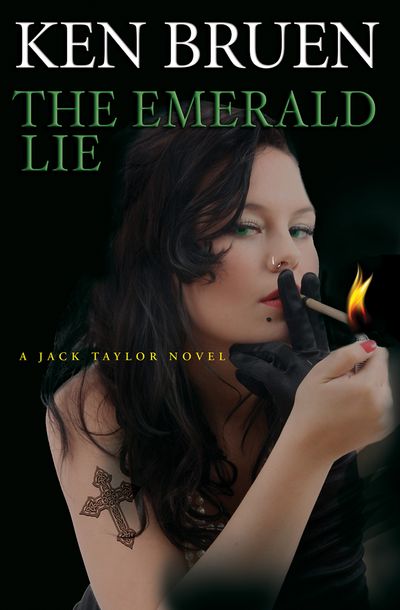 Emerald is back in the twelfth Jack Taylor novel, which sees the iconic private eye go up against one of his strangest enemies. A new serial killer, dubbed the Grammarian, is on the prowl—and he targets victims based on their use of bad grammar. While the case itself may be absurd, it is no less deadly. A man’s daughter has been brutally raped and murdered, leaving Taylor with the task of avenging her death. Already a daunting prospect at the outset, the investigation is further complicated by Emerald, whose violent methods of meting out justice threaten to derail all of Taylor’s hard work.

Most Ken Bruen books take place in London or Galway, but in American Skin, the focus is on the Irish fascination with the American Dream. Shuttling from one character to another—not to mention different time periods—Bruen writes a dazzlingly dark odyssey into the American southwest featuring bank robbers, contract killers, and a bloody-minded psychopath with a penchant for the music of Tammy Wynette. 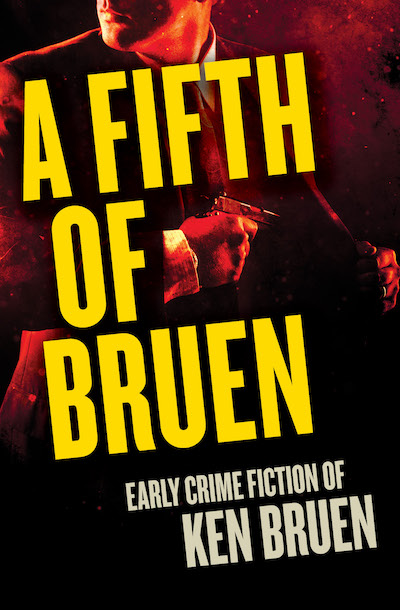 A Fifth of Bruen

For those wanting more of Ken Bruen’s most grim and poetic work, there’s no better place to dig than A Fifth of Bruen. Containing several of his early novellas and short stories, this collection showcases Bruen’s ability to pack a punch in just a small amount space—reminding readers why critics have hailed him as one of the “most original and innovative noir voices of the last two decades” (Los Angeles Book Review).

A Fifth of Bruen

Want more crime fiction? Sign up for Murder & Mayhem's newsletter, and get our best recommendations delivered straight to your inbox. 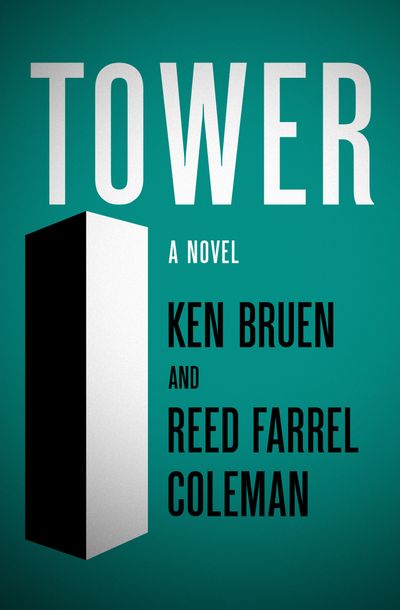 Nick’s father is a rent-a-cop working security in the north tower of the World Trade Center. Nick’s best friend, Todd, is a con artist with ties to the Boston mob. As much as Nick admires his old man, his true allegiance lies with Todd, who gradually brings him under his wing. Together, both Nick and Todd descend deeper into a criminal underworld from which they cannot return ... Co-written with Reed Farrel Coleman, Tower switches between Nick and Todd’s perspectives to tell a story about crime and friendship in the shadow of tragedy. 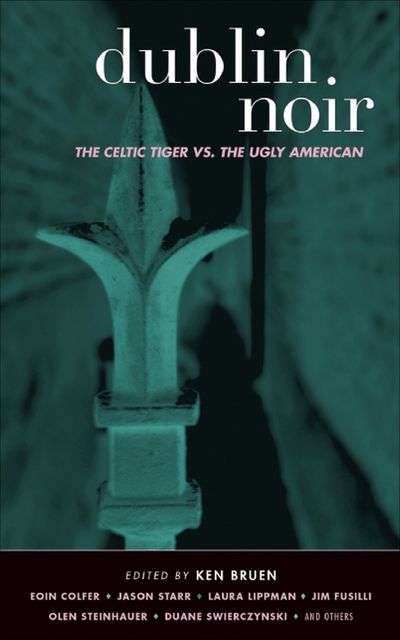 Ken Bruen gets out from behind the writing desk to edit this anthology of crime and punishment in the streets of Dublin. It’s a smorgasbord of talent, with stories by Eoin Colfer, Laura Lippman, Duane Swierczynski, Reed Farrel Coleman (Bruen’s co-author on Tower), and even a new piece from Bruen. Subtitled “The Celtic Tiger vs. the Ugly American,” Dublin Noir is an exploration of Irish identity as viewed through outsiders and the Irish themselves. 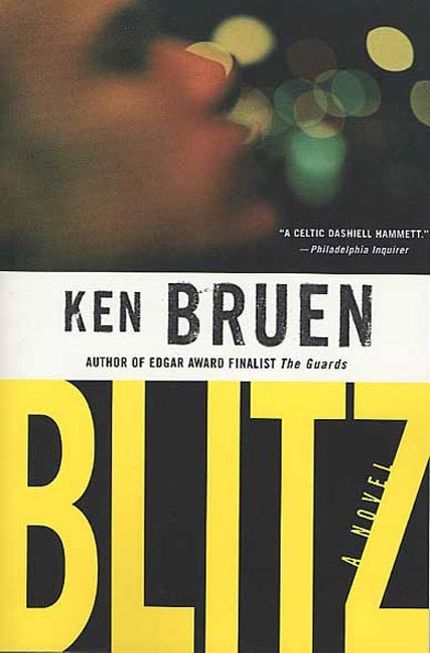 Adapted into a film starring Jason Statham, Blitz is Ken Bruen’s fourth novel featuring Detective Sergeant Tom Brant and Chief Inspector James Roberts. They’re down on their luck in this installment, with Brant paying the price for workplace misconduct and Roberts grieving the loss of his wife. Just when they think things can’t get any worse, a new serial killer unleashes a bloody reign of terror throughout London. Nicknamed “the Blitz,” Brant and Roberts’ new target has very specific targets of his own: cops just like them.