Murder Most Delicious: Where to Begin with Bestselling Cozy Mystery Author Joanne Fluke

Care for a tasty read with a side of sleuthing?

The cozy mystery genre doesn’t get much more appetizing than the adventures of Hannah Swensen, the amateur sleuth and baker who has now starred in more than two dozen books by New York Times bestselling author Joanne Fluke. The 25th and most recent installment, Coconut Layer Cake Murder, sees Hannah leave behind the frigid Minnesota town of Lake Eden for sunny California, only to be pulled back by yet another mystery that requires her uncanny detecting skills.

Like the protagonist of her popular series, Joanne Fluke grew up in a small Minnesota town where “her neighbors were friendly, the winters were fierce, and the biggest scandal was the spotting of unidentified male undergarments on a young widow’s clothesline.” An avid baker herself, Fluke was inspired to pen the Hannah Swensen series when she wanted to write a recipe book and her agent suggested a murder mystery. Fluke thought, why not combine the two?

Related: Dead Good Recipes from The Mystery Writers of America

The popular series has been adapted into a handful of films, called Murder, She Baked, for the Hallmark Movies & Mysteries channel. Though just as sweet and striking as the book series, the films are missing one key ingredient—the mouthwatering recipes embedded into the plot that give the books their signature flavor. Fluke has even gained a reputation for baking chocolate chip cookies for her fans—who flock to her cozy mystery novels not just for the sugary confections, but for the tart tales of crime.

Fluke’s large bibliography can be intimidating at first glance, but if you’re interested in sampling her books, you’ve come to the right place. We’ve rounded up the tastiest cozies by this bestselling author. Keep reading to indulge in the 11 best Joanne Fluke books. 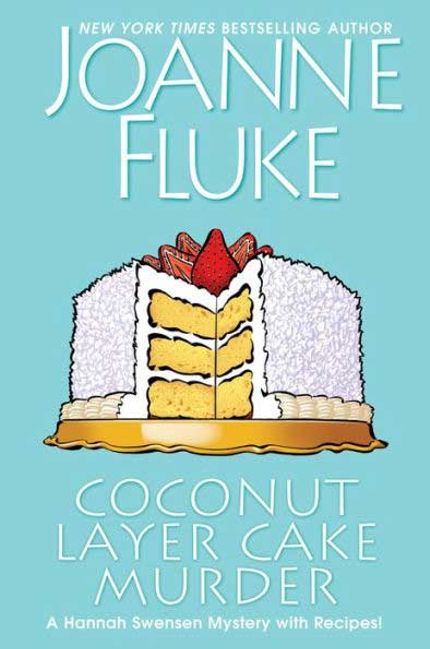 Set for publication on February 25, 2020, Joanne Fluke’s 25th book starring Hannah Swensen finds the baker-slash-amateur sleuth leaving behind her Minnesota hometown for Southern California—just as the author did herself. But when her sister’s boyfriend, Detective Lonnie Murphy, becomes the prime suspect in a murder case, Hannah finds herself flying back to Lake Eden to solve a seemingly unsolvable crime. Lonnie doesn’t remember much of the night in question, and Hannah is as short on clues as she is on time. 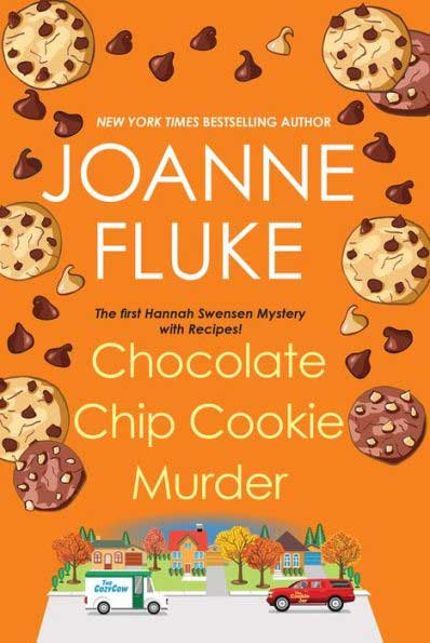 This is where it all started. In the first Hannah Swensen book, released way back in 2001, the quirky heroine is running the most popular bakery in Lake Eden while trying to dodge her mother’s attempts to marry her off to every eligible bachelor around. When the delivery man from the Cozy Cow Dairy is found murdered behind her shop—with crumbs from her famous Chocolate Chip Crunchies scattered all around—it seems that someone is trying to frame Hannah for the murder…or at the very least, ruin her cookies’ good reputation! 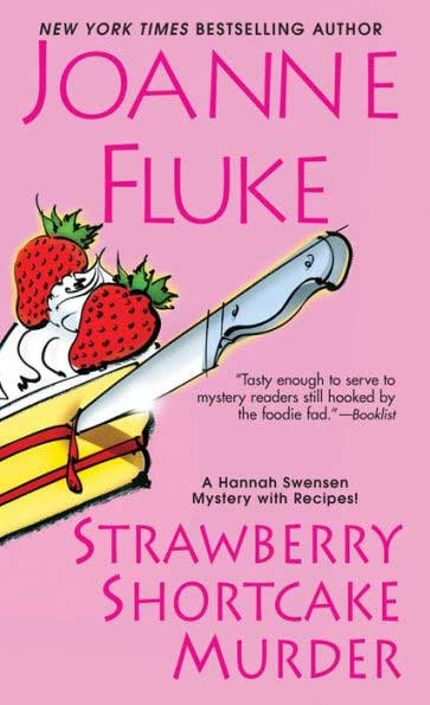 Hannah Swensen is judging a dessert baking contest in Lake Eden when one of the other judges turns up dead—face-down in Hannah’s delicious strawberry shortcake! Could the culprit have been one of the contestants? And if so, are the other judges on the chopping block? Naturally, Hannah can’t rest until she finds out. Publishers Weekly called Joanne Fluke’s second Hannah Swensen mystery “a superior cozy sure to leave readers satisfied…but hungry for more.” 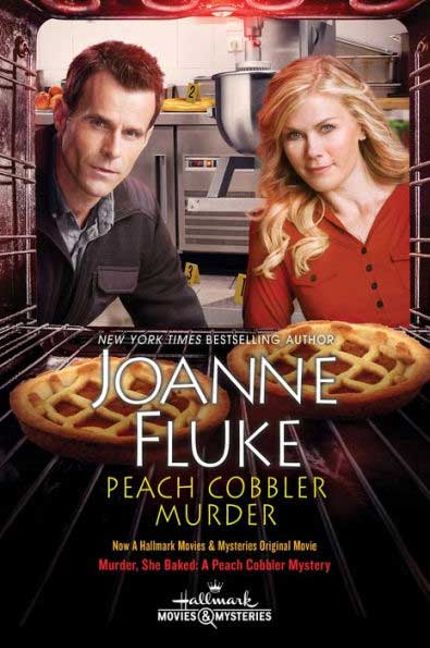 When the Georgia Peaches—a sweet-as-pie sister act from down South—move to Lake Eden and open up a rival bakery, Hannah Swensen’s Cookie Jar starts to lose business. That puts her at the top of the list of suspects when Hannah finds one of the sisters dead in the Magnolia Blossom Bakery. But while the sisters may have grated on Hannah’s nerves, she certainly didn’t kill one of them—which means she has to figure out who did! 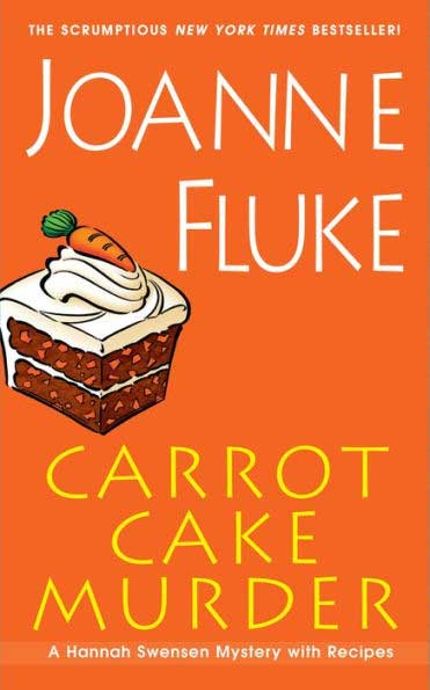 “There is just something so inviting about the town of Lake Eden and its residents that you’ll want to pull up a chair and sit a spell,” the Book Reporter said of Joanne Fluke’s tenth Hannah Swensen novel. “It’s almost like having your own family reunion when you get to catch up on what’s going on in Hannah’s life and visit with her mother, two sisters and close friends.” When Uncle Gus turns up dead at the family reunion that Hannah’s business partner has been planning, suspicion immediately falls on Grandpa Jack, who is stricken with Alzheimer’s. Hannah thinks there’s more to the crime than meets the eye, however, and sets out to solve the murder with her usual wit and insight. 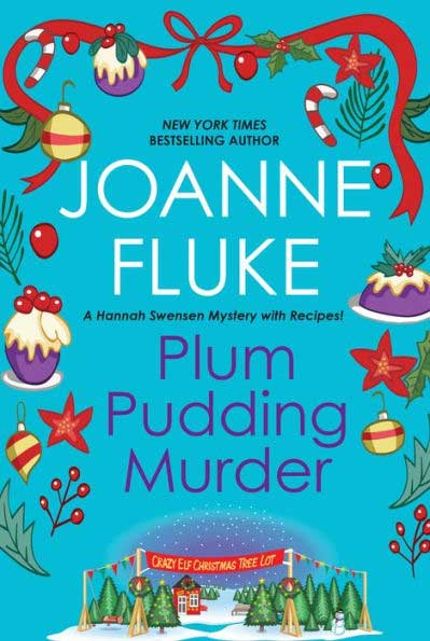 One of the novels adapted into the Murder, She Baked film series, Joanne Fluke’s Plum Pudding Murder sees Hannah Swensen getting ready for her busiest season—the Christmas season! It also sees a murder take place, as the eponymous owner of “Lunatic Larry Jaeger’s Crazy Elf Christmas Tree Lot” is found dead in his office. Now, as the twelve days of Christmas count down, Hannah has to solve a murder while also keeping up with all the holiday baking demands. 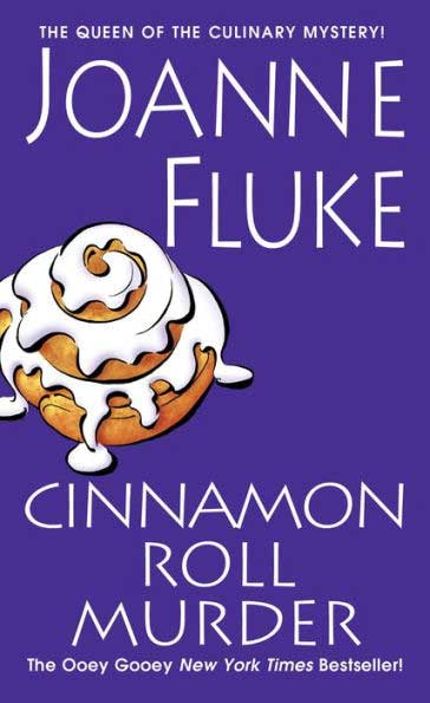 Spring is in the air, and Hannah Swensen is busy baking sugary confections for Lake Eden’s Weekend Jazz Festival, which will be hosting the Cinnamon Roll Six jazz band. At least, it was supposed to. On the way into town, the tour bus overturned and now the band’s keyboard player is dead—but not from his injuries. Instead, it was the surgical scissors someone stuck in his chest. Fortunately, Hannah’s on the case in this book that offers “plenty to enjoy for foodie crime fans” (Booklist). 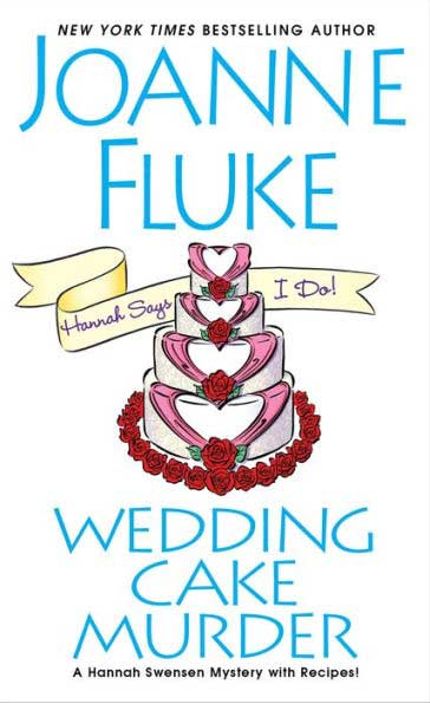 After nearly 20 books of solving mysteries and baking delicious treats, wedding bells are ringing for Hannah Swensen as she gets married to her college crush. She also flies out to the Big Apple to compete on the Food Channel’s dessert chef contest—only to find that she has won the Hometown Challenge and the entire show is coming back to Lake Eden! That’s a lot of pressure, even before celebrity chef Alain Duquesne winds up dead in the walk-in cooler at Lake Eden Inn. Now Hannah will have to solve the murder while also trying to win the show. 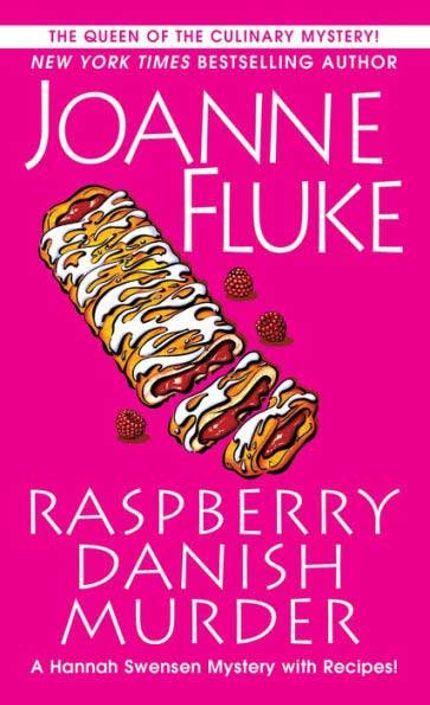 Newlywed Hannah Swensen Barton isn’t having a very good Thanksgiving—not since her husband Ross vanished without a trace. To make matters worse, Ross’s assistant at KCOW-TV has turned up dead. Was he the victim of an elaborate plot, or did Ross know that something was amiss before he disappeared? Hannah will have to sift the clues to solve the murder and hopefully save her marriage. 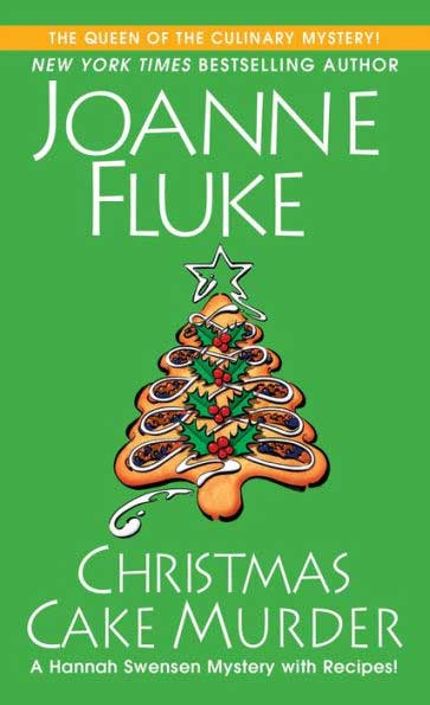 A divisive one among die-hard Hannah Swensen fans, this book jumps backward in time to tell the story of how Hannah first opened The Cookie Jar bakery in Lake Eden. Of course, Hannah also has a mystery to solve, and this one involves the enigmatic history of Essie Granger, a local woman in hospice care. As the past collides with the present, readers are treated to the sleuth’s origin story, as well as a mystery straight out of the past. 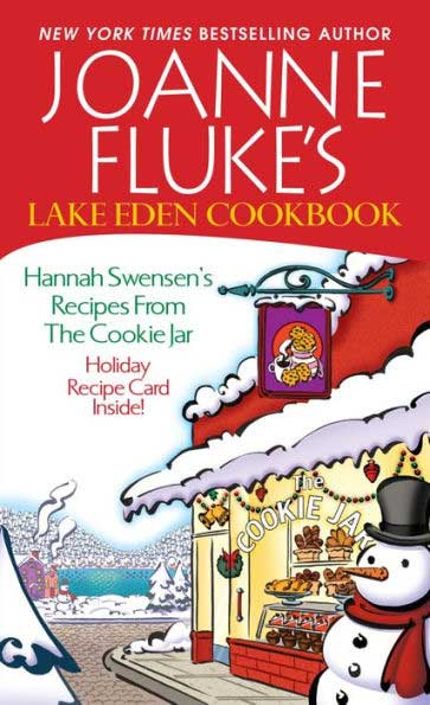 The Hannah Swensen series got its start because Joanne Fluke wanted to write a cookbook, and her inspiration has come full circle with this volume of short stories about Lake Eden at Christmastime and accompanying mouth-watering recipes. Equal parts recipe book and short story collection, Joanne Fluke’s Lake Eden Cookbook is perfect for those who can’t get enough of Hannah Swensen, her friends and family, or her delicious desserts and baked goods!