There’s something inherently mysterious about mazes and labyrinths. As you find your way to the center, it’s almost like solving a mystery yourself! So it’s really no surprise that mazes and labyrinths have featured in many mystery books. After all, you never know what could be waiting right around the next turn.

This book is a true classic. In 1327, Brother William of Baskerville arrives at a Benedictine abbey in Italy to investigate the resident monks who have been accused of heresy. However, all thoughts of theological disputes are quickly forgotten when seven strange murders occur in quick succession. As Brother William begins his murder investigation, aided by the young novice Adso of Melk, he will have to rely on all his knowledge from the philosophy of the Greeks to the worldly observations of his fellow monastic scholars if he ever hopes to find the killer. It seems that the answers lie in the abbey’s labyrinth, but as Brother William digs deeper, he may find himself lost. 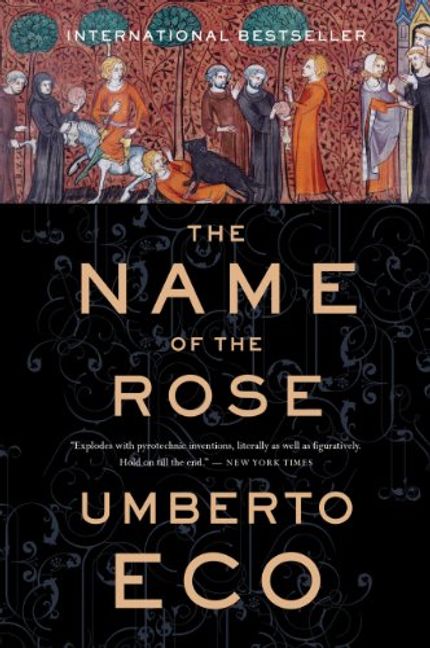 Equal parts Da Vinci Code and Indiana Jones, Labyrinth begins in the Pyrenees mountains of France in 2005. There, Dr. Alice Tanner is volunteering at an archeological dig when she makes a shocking find. After wandering into a long-forgotten cave, she discovers two nearly shattered skeletons, a strange message carved into the wall, and what appears to be a drawing of a labyrinth. That same drawing also appears on the backside of a ring she found.

Meanwhile, 800 years earlier, as her home in southern France is threatened by an approaching crusade, a young woman named Alais is entrusted with an important gift by her father. He explains that both the book and the ring will lead her to the Holy Grail and reveal all its secrets. It’s up to Alais to keep the secret of the labyrinth and the Grail safe...and to make sure it doesn’t fall into the wrong hands. 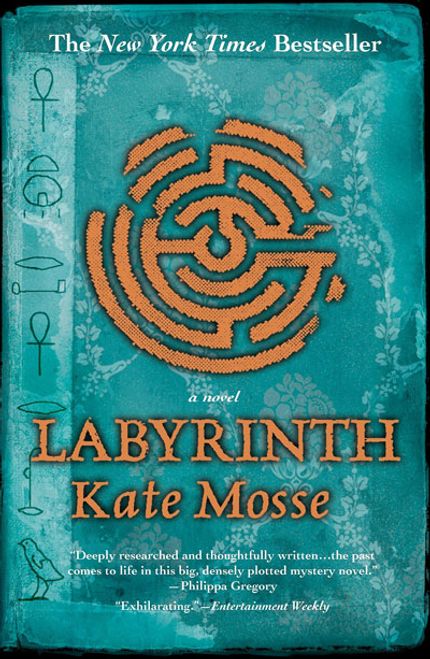 Murder in the Corn Maze

By G. A. McKevett

It’s Halloween in McGill, Georgia, and Stella Reid and her seven grandchildren are eager to participate in the town’s festivities. After a successful trip out trick-or-treating, they head to Judge Patterson’s mansion to make their way through his annual corn maze. Only 12-year-old Savannah and Granny Reid are brave enough to take on the maze. Or at least they think they are...until they discover the human skull sticking out of the mud at the maze’s center.

Who would have hidden a body in the middle of a corn maze? Now, Granny Reid’s Moonlight Detective Agency is on the case. It turns out this case has roots deep in McGill’s history. But Granny Reid could have never expected the connection to her mother’s own murder decades before. 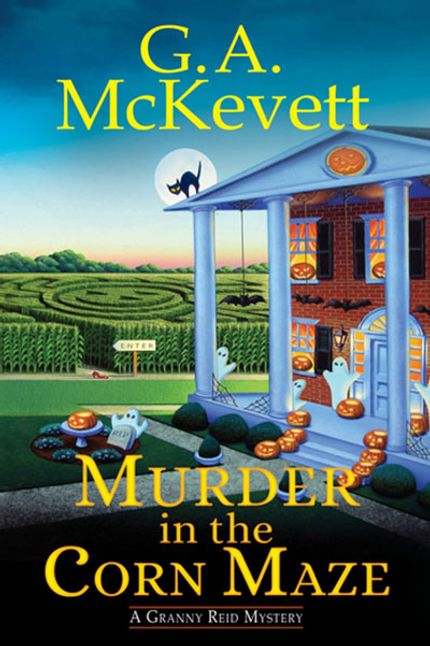 The Shadow of the Wind

In 1945, as Barcelona emerges from the horrors of the Spanish Civil War, Daniel, the son of a bookshop owner, is introduced to a fascinating world by his father. The Cemetery of Forgotten Books, as his father calls it, is a sprawling labyrinth-turned library that houses rare, long-forgotten, and banned books. There, Daniel discovers The Shadow of the Wind by Julián Carax and becomes absolutely enthralled with it. But when he goes in search of Carax’s other works, Daniel learns that the author has not been seen in decades and that someone has destroyed every copy of his works.

As Daniel grows up, he begins a quest to learn the truth about the books and Carax himself. Who would want to erase every trace of Carax’s books, and how did Daniel’s copy escape? But Daniel’s investigation will lead him down a dark road of secrets, passion, and murder. 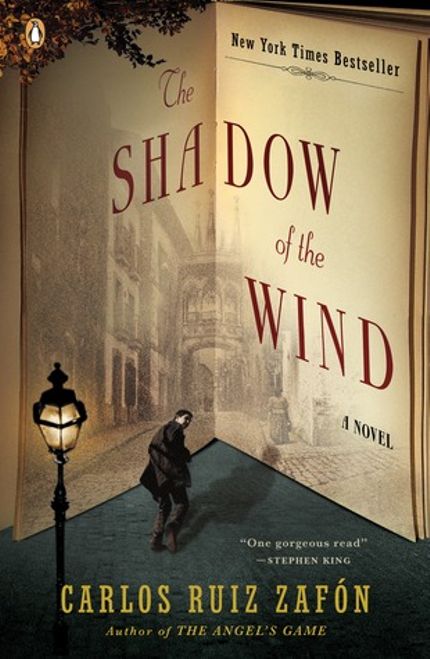 As a wave of the Black Death wipes through London, Queen Elizabeth I and her courtiers escape to Hampton Court Palace in the countryside. It’s far from the worst place to wait out the plague, with its sprawling grounds and impressive hornbeam maze. But as Elizabeth shows the maze off to a famous lawyer who has come to stay, the duo is suddenly attacked and the lawyer is killed. With her own palace now the site of a murder, Elizabeth calls on her closest advisors to track down the killer.

Even when the plague forces the court to move again—this time to Hatfield House—Elizabeth is still confident they can unmask the killer. She turns to William Cecil, her chief advisor, to set a trap in the maze at his own estate. But if their plan succeeds, will the queen and her advisor be prepared to face the shocking truth of the culprit’s true identity? 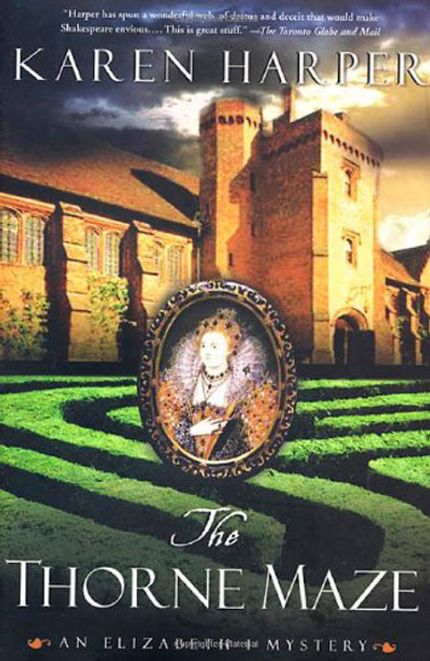 After finishing school, nurse Kerstin Kvist takes a job at Lydstep Old Hall in Essex, home of the wealthy Cosway family. She is to be a caregiver to John Cosway, a 39-year-old man who was once hailed as a mathematical genius who is now plagued with a mysterious condition. Though his mother and sisters insist that he has fallen victim to a type of madness common in their family, Kerstin is skeptical.

When not caring for John, Kerstin spends her days writing in her diary and exploring the Hall. It becomes increasingly clear to her that there is more going on in its ancient walls than the family lets on. As tensions between family members begin to rise, Kerstin searches for the truth. But hidden in the labyrinthine halls of Lydstep Old Hall are secrets that could drive anyone to madness...or murder. 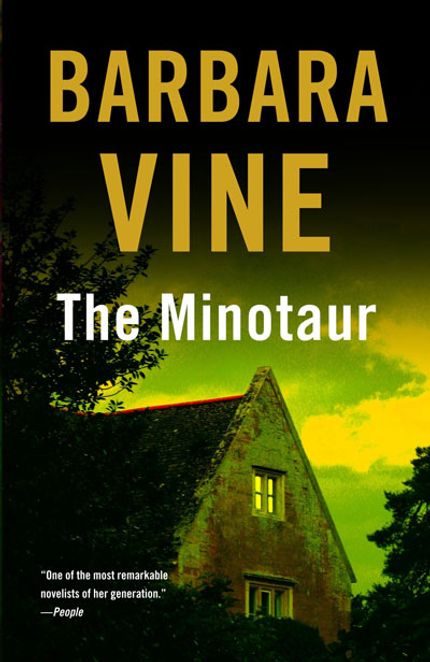 Murder in the Secret Maze

Landscape architect Tory Benning is excited to settle into married life...but then her husband Milo disappears. Tory doubts that he just ran out on her right after their perfect wedding at the Hotel Santa Sofia, although that’s what the police think. Fearing the worst, Tory begins an investigation into Milo’s last known movements around the resort. It shouldn’t be too hard, after all, Tory designed the entire place herself.

All clues point to the hotel’s secret maze as the site of Milo’s possible murder, but as Tory digs further into the mystery, she climbs higher on the suspect list. But the cops aren’t the only ones with their eyes on her, and when a second body turns up, Tory realizes this mystery is a lot more than she bargained for. As she gets closer to the truth, she learns more about the husband she thought she knew and puts herself right in the path of a killer who will do anything to avoid being found. 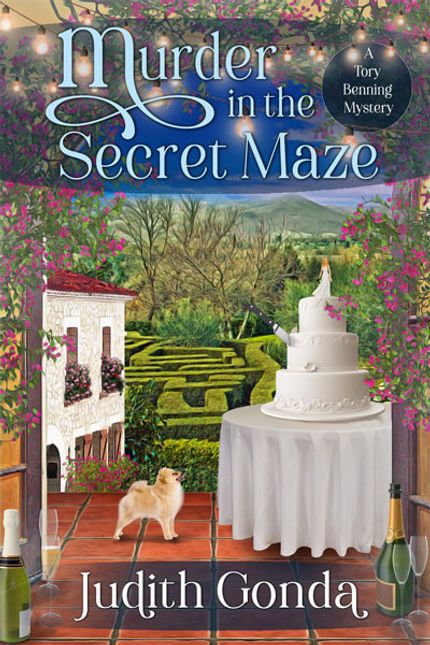 After his success translating an anonymously authored detective novel from 16th-century China, Robert Van Gulik put his own spin on the subject in this classic crime novel. In the town of Lan-fang, magistrate Judge Dee does his best to keep the peace. Tensions are high as word spreads that the Mongol armies are preparing for invasion. Soon, Judge Dee is saddled with three mysteries that involve poisoned plums, a strange picture on a scroll, love letters, and a sadistic killer.

As he investigates these three cases, Judge Dee begins to realize that they’re all connected, and all the clues lead right to the center of the governor’s garden maze. 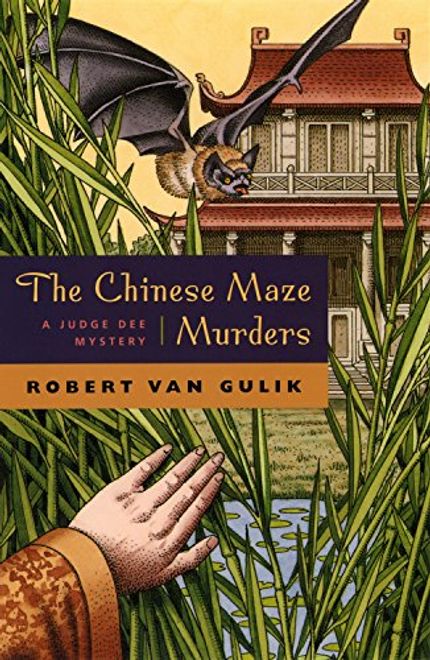