The hype is well-deserved.

If there’s one aspect of trade publishing that can still shine a light on a book and give it a leg up with readers, it’s a literary award. Whether it’s the Pulitzer Prize or the Edgar Award, the very special act of receiving an award changes the course of both an author's life and a book's shelf life. Hundreds upon hundreds of books end up on longlists, and nearly as many end up being award-winners. But it’s more than the accolade, it’s the signal boost; it’s the book getting into a reader’s hands. It’s being able to discover a book that you might not have heard of otherwise.

Case in point: I never would have stumbled upon the following books if it weren’t for the gracious spotlight of a literary award. Read on and you might just find a few new favorites for yourself. 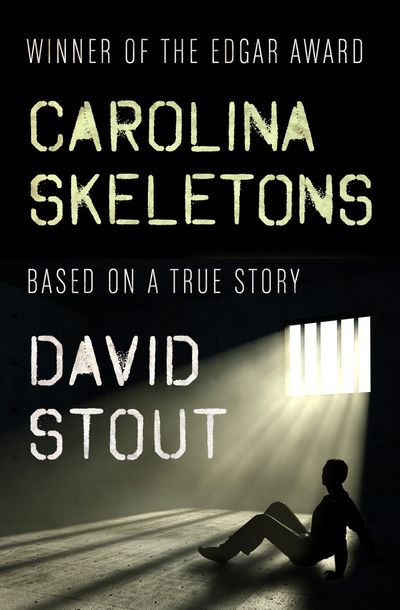 David Stout won the highly prestigious Edgar Allan Poe Award for Best First Novel in 1989 for Carolina Skeletons. Based on real events, the novel reimagines the story of George Stinney, a 14-year-old black boy from South Carolina who became the youngest person in America to be sentenced to death and executed. A mystery through and through, the boy’s confession is suspect, and Stout threads the conviction through the heated racial tension of 20th century America. 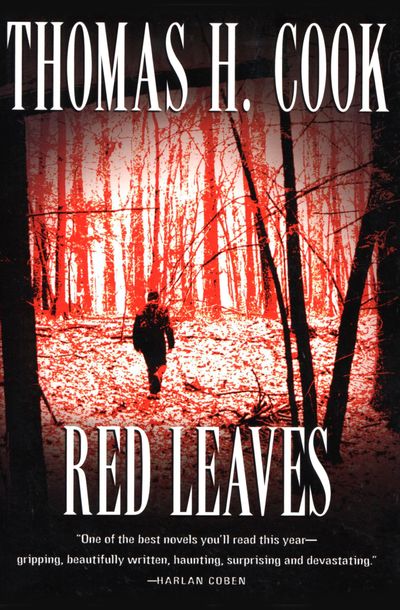 When a young girl named Amy goes missing one night, it’s Keith Moore, the teenager babysitting her, who gets blamed. Written from the perspective of Keith’s father, Eric, author Thomas H. Cook explores the tenuous nature of family and trust as Eric begins to doubt if his son is really as innocent as he says he is. Cook is no stranger to literary prizes—his 1996 novel, The Chatham School Affair, landed him the Edgar Award. But it was Red Leaves that got extensive praise and multiple award nominations. The 2006 novel managed to win the Barry Award, which is awarded annually by the editors of Deadly Pleasures. 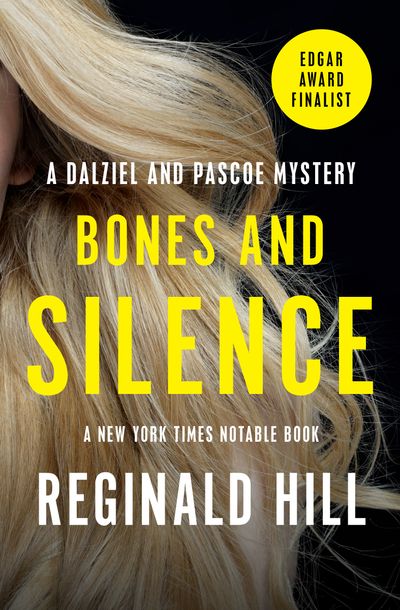 Late crime writer Reginald Hill left a lasting mark on the genre, so much so that he won the 1995 Crime Writers’ Association Cartier Diamond Dagger for Lifetime Achievement. His Dalziel and Pascoe series was as popular as it was acclaimed—Bones and Silence won the 1990 CWA Gold Dagger Award for Fiction, while On Beulah Height nabbed the Barry Award for Best Novel in 1999. Bones and Silence, the 11th installment in the series, sees Detective Superintendent Dalziel witness a murder while drunk, leaving him uncertain of the truth. An anonymous suicide letter and a reconstruction of a medieval pageant also factor into the novel’s breakneck narrative. 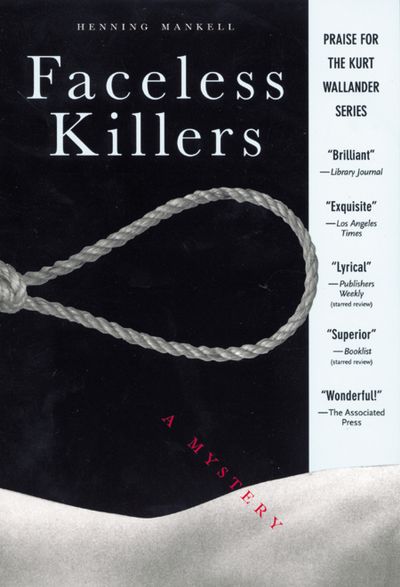 Faceless Killers won the Best Swedish Crime Novel Award back in 1991. Part of the acclaimed Kurt Wallander series, which also includes the CWA Gold Dagger Award–winning Sidetracked, Faceless Killers sees series star Inspector Kurt Wallander tackling a gruesome case. Out in the remote countryside, a farmer was bludgeoned to death, and his wife was left hanging by a noose to die. Mankell masterfully paints a picture of Wallander losing himself to the case, and becoming increasingly obsessed with solving it at all costs. The Return of the Dancing Master is another Wallander novel that explores obsession and self-destruction, and it too has been critically acclaimed, winning the 2005 Gumshoe Award for Best European Crime Novel. 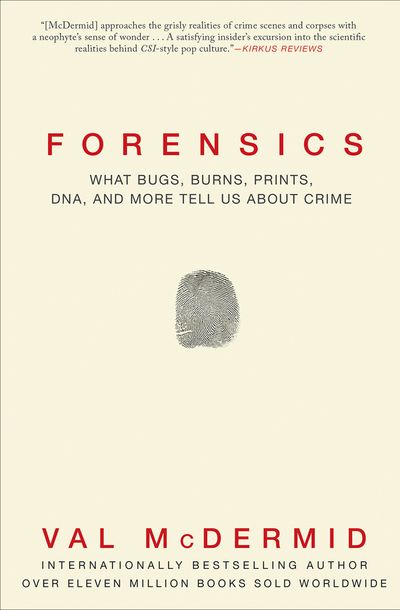 One of two works of nonfiction on this list, Forensics landed bestselling author Val McDermid the 2016 Anthony Award for Best Critical/Non-Fiction Book. From modern-day crime-solving techniques to famous case histories, Forensics explores how accurate science can steer the course of a mystery’s outcome. This book is the result of McDermid’s countless hours of research and her prowess in penning riveting crime thrillers. 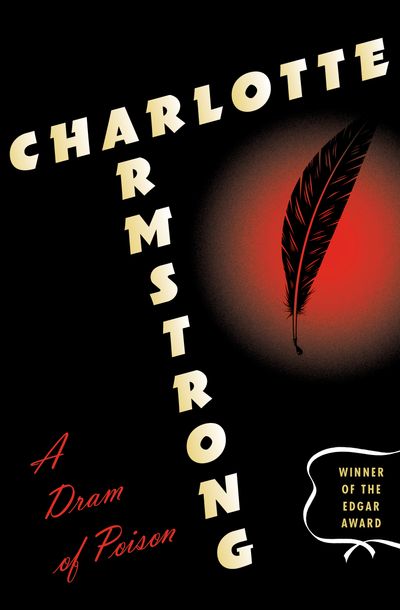 A Dram of Poison

Winner of the 1957 Edgar Award for Best Novel, A Dram of Poison has all the makings of a great mystery: a character with a cushy job and an equally comfortable life inexplicably finds himself set on a course of subterfuge and intrigue. Meet Kenneth Gibson, a married professor of poetry at a small college in the suburbs. A car accident and other life-disrupting events lead him to a suicide attempt via poison, only to accidentally leave his lethal chemical of choice on a bus. Hence the titular dram of poison, which becomes the center of a high-stakes search to track it down before it falls into the wrong hands and potentially kills an innocent bystander.

A Dram of Poison 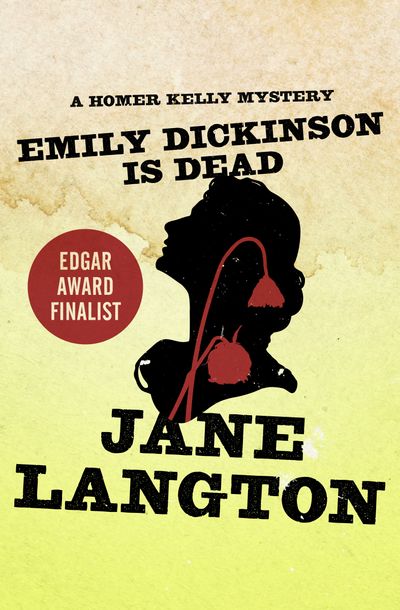 This is a particularly fun one. Winner of the Nero Award, Jane Langton’s aptly titled Emily Dickinson is Dead takes place at a symposium celebrating the centennial of Emily Dickinson’s death. Tension is brewing among the attendees in the form of illicit love affairs and jaded former employees who want revenge. Meanwhile, scholar-sleuth Homer Kelly, the star of the series, visits the symposium and is intent on enjoying the festivities. But there’s just one problem—dead bodies keep piling up. 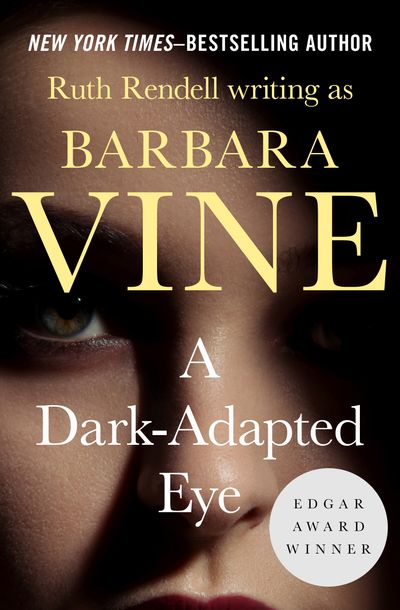 Winner of the 1987 Edgar Award for Best Novel, A Dark-Adapted Eye pertains to the crime and subsequent execution of one Vera Hillyard. It isn’t until years after her death that a reporter, intent on writing a book about the crime, seeks out Vera’s niece to aid in digging up the real story. Naturally, memory and all its failings play a big part in the plot, and the book has enough twists and turns to make any reader unable to guess what’s coming next. 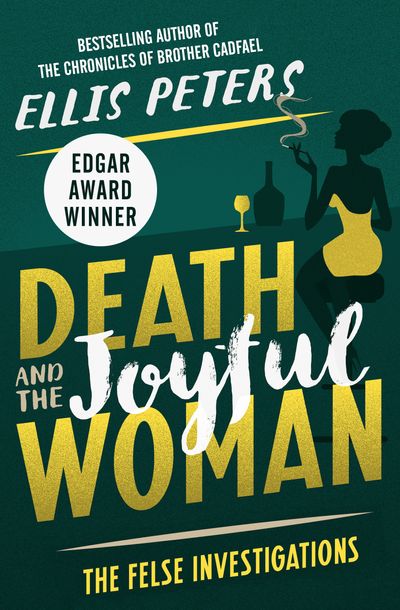 The second book in the Felse Investigations series, Death and the Joyful Woman concerns the murder of millionaire beer tycoon Alfred Armiger. Detective George Felse is dispatched to the scene of the crime, and ends up with a seemingly never-ending list of enemies who would potentially have a motive to harm Armiger. Everything about the book is a page turner, the sort of mystery that gets the heart pounding. No wonder it won the 1963 Edgar Award for Best Novel. 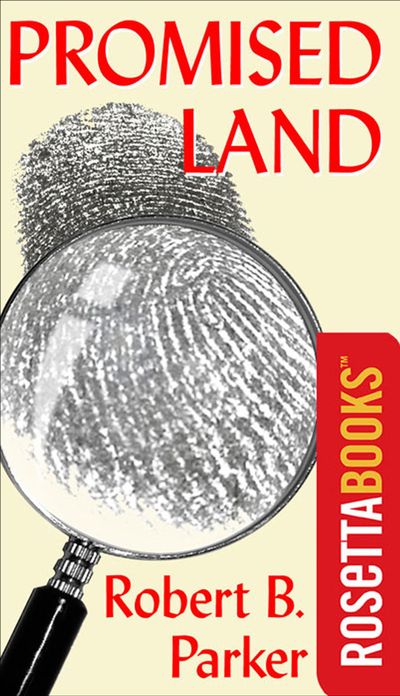 By Robert B. Parker

Winner of the 1977 Edgar Award and part of Robert B. Parker’s Spenser series of mysteries, this novel sees Detective Spenser taking on a new case. The pro boxer-turned-PI meets a businessman named Harv Shepard, who enlists Spenser’s help in searching for his runaway bride.

By Robert B. Parker 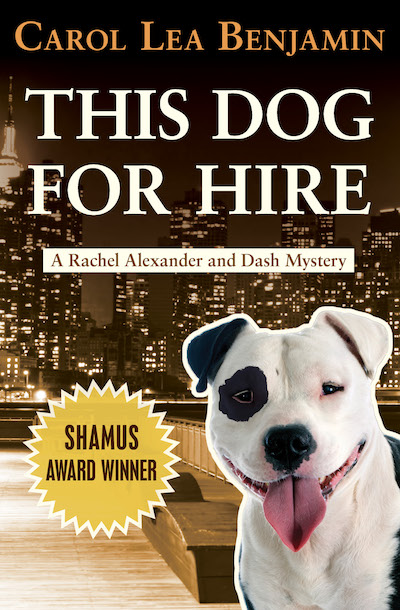 This Dog for Hire

In a sea of mysteries with male investigators, it’s particularly refreshing that Shamus Award winner This Dog for Hire features one Rachel Alexander—complete with a canine partner, a pitbull named Dashiell (a nod to hard-boiled author Dashiell Hammett). Here, we see Rachel investigating the death of a struggling artist and the disappearance of a dog that won’t bark. Carol Lea Benjamin expertly weaves the element of a canine character into this book and every other installment in the Rachel Alexander series, which is a win-win for mystery fans and pet lovers everywhere.

This Dog for Hire 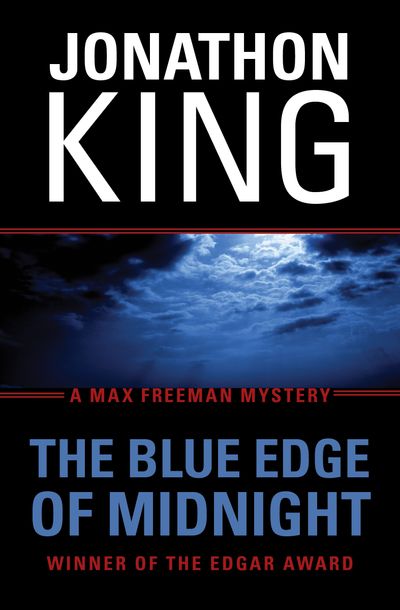 The Blue Edge of Midnight

This novel managed to be longlisted for multiple awards in 2003, and it ended up winning that year's Edgar Award for Best First Novel. Max Freeman, an ex-cop camping out in a cabin in the Everglades, is continuously haunted by the night he was shot during a robbery call. Likewise, he’s tormented by guilt in the aftermath of shooting and killing one of the robbery accomplices: a young boy who was just 12 years old. His unresolved trauma resurfaces when he discovers the body of a young girl, and though he’s not on the force anymore, Freeman can’t shake the need to solve one last mystery.

The Blue Edge of Midnight 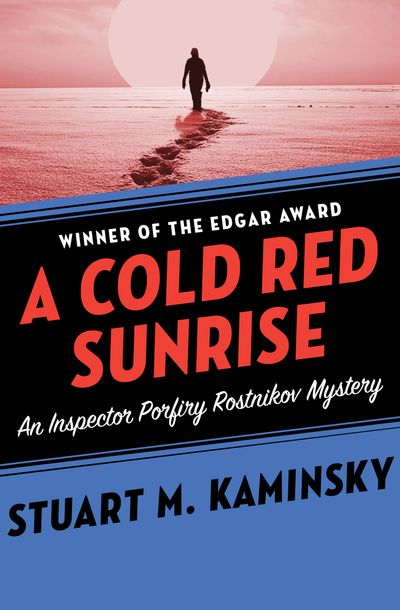 With a nuanced portrayal of Russia and its rich culture, this mystery won an Edgar Award for Best Novel in 1989. A hard-edged, troubled inspector named Porfiry Rostnikov has been given a seemingly impossible case—tracking down the person who murdered a fellow inspector’s child, and is believed to be hiding out in the middle of Siberia. The history woven into the novel is enlightening and breathes originality into the mystery. 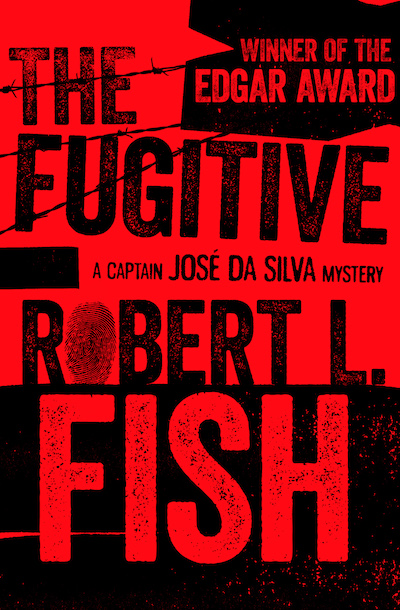 Robert L. Fish’s The Fugitive won the 1963 Edgar Award for Best First Novel—an effective start to a successful new series. Though the odds are stacked against him, Captain José Da Silva goes against an underground world of neo-Nazis in an attempt to topple their quietly-growing regime. Fans of World War II narratives will particularly enjoy this one. 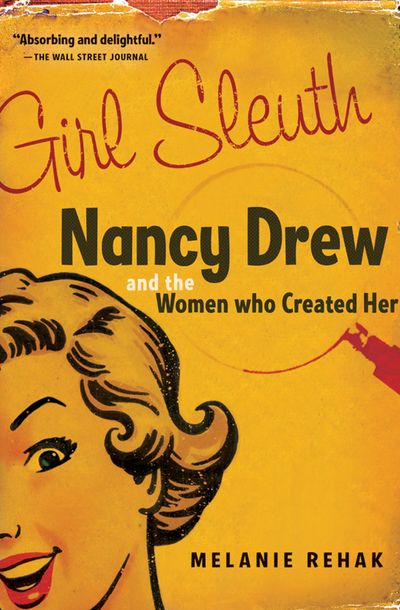 Melanie Rehak’s Edgar Award-winning nonfiction book answers one of the most important questions in the mystery genre: who created Nancy Drew? A quick search reveals that she was dreamed up by publishing magnate Edward Stratemeyer and brought to life by Mildred Wirt Benson, aka Carolyn Keene, but there’s so much more to the story. Rehak explores the mystery surrounding the bestselling character in this fascinating deep dive.

Related: Delve into the Mystery of Nancy Drew’s Legacy with Girl Sleuth 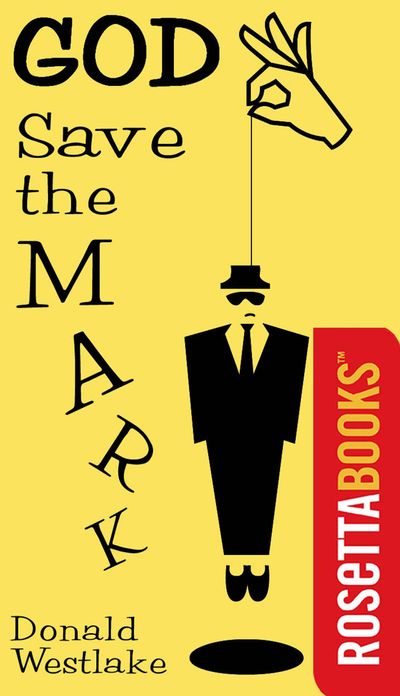 God Save the Mark

Donald E. Westlake’s Edgar Award-winning novel is about a freelance researcher named Fred Fitch, who digs up information for writers and other professionals in libraries across New York City. The book is already a fun premise for librarians and bibliophiles, but it's Fitch’s unique character as an “old soul” with a gullible streak that sets the book apart from the masses. Fitch receives a call claiming that an Uncle Matt, whom he’s never met, has died and left him half a million dollars in inheritance money. Naturally, there are strings attached, and Fitch becomes a player in a bigger game that he doesn’t yet understand.

God Save the Mark