Without the guiding hand of this Bostonian gothic, the modern detective genre would be very different.

Despite writing just three short detective stories, Edgar Allan Poe looms over mystery writing as The Batman does over Gotham. Indeed, without the Bostonian’s gothic guiding hand it’s unlikely crime fiction as we know it today would have existed at all. As Sir Arthur Conan Doyle observed, Poe’s trio of tales featuring the pale and glowing amateur sleuth C Auguste Dupin are “the root from which a whole literature has developed.”  The American’s output may have been tiny, but its impact was incalculable.

Poe’s interest in the concepts of logical detection was sparked by an encounter with one of the philosophical wonders of the early nineteenth century. The Mechanical Turk had been built by Wolfgang von Kempelen of Austria in 1870. A clockwork automaton (an early form of what we’d now call a robot), The Turk played chess to such a high level it could defeat most human opponents. Amongst those who were amazed by the steel-and-wood contraption were Empress Maria-Theresa, Napoleon Bonaparte, and Benjamin Franklin.

Poe saw the Turk in whirring, jerking action in Richmond, Virginia in the 1830s. Curious, he tasked himself with finding out if the mechanical marvel was genuine, or a hoax. To do so, he collected evidence through keen observation, analyzed all that he could read on the mechanical man, and tested various hypotheses against the facts. His essay on the workings of The Turk—published in the Southern Literary Messenger in 1836—was not accurate to the finest detail, but Poe’s conclusion—that the miraculous automaton was actually operated by a skilled chess player hidden inside the machinery—was soon proved to be the truth.

The methods Poe had used in exposing The Turk as a fraud, would later be refined in his cryptographic mystery tale "The Gold Bug", before blossoming bloodily into life in 1841, when readers were introduced to the Chevalier Dupin in "The Murders in the Rue Morgue".

The Murders in the Rue Morgue 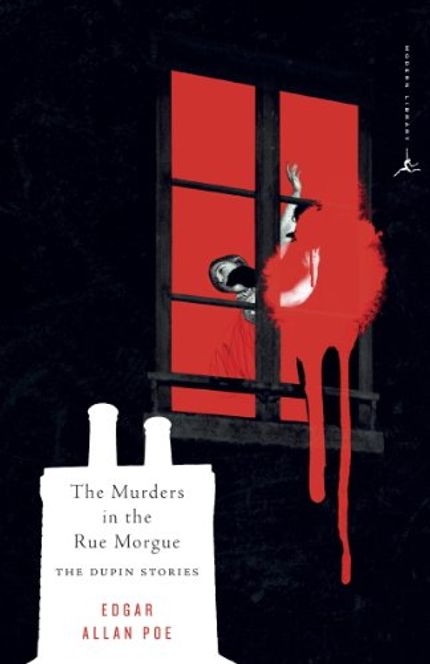 This grizzly story of a bloody double homicide begins with the anonymous narrator—who shares a “time-eaten and grotesque mansion” with Dupin in central Paris—outlining his companion’s methods of analysis (fittingly chess features in the explanation). To illustrate Dupin’s process, he offers a striking example: a miraculous piece of “mind-reading” that is revealed to have been the result of observation, imagination, and mental sharpness (Conan Doyle was so impressed with this dazzling performance, he has Holmes pull off the same trick on Watson not once, but twice—in The Adventure of the Cardboard Box and The Adventure of the Dancing Man).

"The Murders in the Rue Morgue" are not only English literature’s first true detective mystery, but also the first instance of a “locked room” plot—the brutally mutilated body of one of the two victims is found in a bedchamber, locked from the inside—and from which there is no other apparent exit. In what would become another tradition of the genre, the regular police are blundering and baffled. Only Dupin has the wit and the powers of “ratiocination” (Poe’s word for the process of analysis) necessary to crack the case.

Though it is more gruesome in its detailing of the crime than anything Conan Doyle would have written, "The Murders in the Rue Morgue" establishes a blueprint for mystery fiction. It is a stone-cold whodunit in which the reader has all the same clues as the detective, yet struggles to keep pace with him.

Dupin is an eccentric loner with a passion for antiquarian books and—a typical Poe touch—a powerful aversion to daylight. Living in a house in which the shutters are closed at dawn and not reopened again until darkness falls, Dupin ventures out onto the streets of the French capital only at night. His knowledge of the world is augmented by the careful study of magazines and newspapers (another trait Holmes—who keeps newspaper clippings in an extensive filing system—shares). His singular character marks him out as the model for the brilliant detectives who’d follow. Dr John Watson even references the Parisian when he first meets Holmes in "A Study in Scarlet": “You remind me of Edgar Allan Poe’s Dupin. I had no idea such individuals did exist outside of stories.” Ever eager to be the intellectual top dog, Holmes rebukes Watson over the comparison, dismissing Dupin as “a very inferior fellow.” His creator felt very differently, of course, asking rhetorically, “Where was the detective story until Poe breathed life into it?” Sherlock might not like it, but he is the literary son of Dupin—and every private detective inspired by Holmes is his grandchild.

The shadow-loving sleuth would appear again the following year, this time in a tale based on a true life case: the death in New York of Mary Rogers, a beautiful cigar store clerk and minor celebrity whose body was found floating in the Hudson River in 1841—a time when Poe, drinking heavily and grieving his recently deceased wife, was living in Manhattan. The unsolved death of Mary Rogers became The Mystery of Marie Roget, which was Poe’s attempt to solve the real mystery using his fictional French detective.

The Mystery of Marie Rogêt 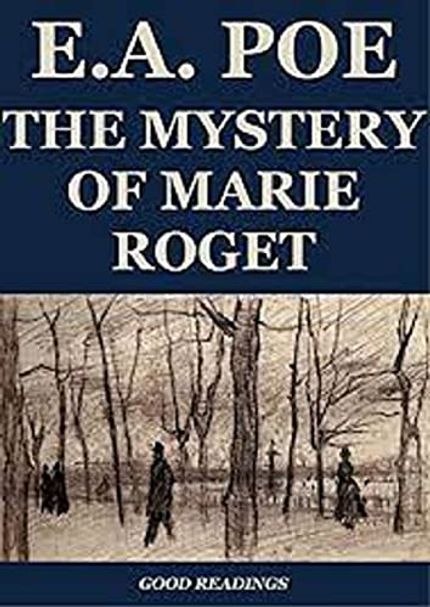 In the final Dupin story, "The Purloined Letter", the Chevalier sets his acute mind to finding a love note belonging to the Queen of France that has been stolen by a blackmailer. The plot has echoes of the Holmes case A Scandal in Bohemia and also features one of the first examples of an object being hidden “in plain sight.”

"The Purloined Letter" appeared in 1844. Five years later Poe was dead, aged just forty. Largely ignored, or dismissed as an erratic, drunken troublemaker during his lifetime, Poe’s literary reputation and legacy would grow as the years past.

Conan Doyle was not the only great crime writer to be inspired by the creator of Dupin. Dame Agatha Christie took the French sleuth as one of her models when she began working on her 1920 novel The Mysterious Affair at Styles, which introduces dandyified Belgian investigator Hercule Poirot to the world. Dame Agatha acknowledged her debt in a later novel, Third Girl which reveals that Poirot has spent his time between cases writing a biography of… Edgar Allan Poe.