Hair-raising reads that will make you question every creak.

What’s more suspenseful than reading a good mystery? Listening to it being read aloud. Whether you love listening to audiobooks—and the convenience of being able to read a book wherever you are—or you find something extra compelling about having your favorite chillers echoing across the room, the following recommendations are perfect for your next listen. From Alex Michaelides' much-anticipated story of a husband-killer who refuses to speak to Tami Hoag’s haunting murder mystery, there’s something for everyone.

You can get one of the books below (or any other audiobook you like) for free when you sign up for a Walmart eBooks audiobook trial. After the first free month, you'll get one audiobook per month for only $9.99. 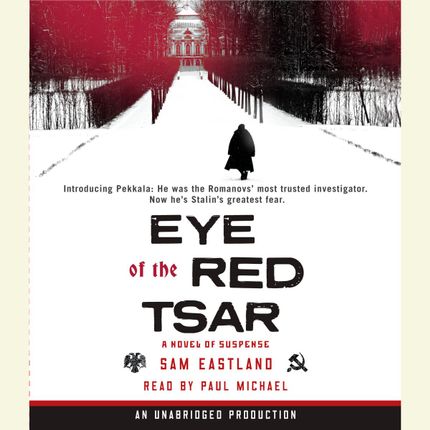 Eye of the Red Tsar

The first book in the Inspector Pekkala series introduces readers to the secret-agent-turned-investigator. Before the Russian Revolution, Pekkala was one of the Romanovs’ most trusted agents. But a decade later, the Romanovs have long-since been murdered and Pekkala is imprisoned in Siberia. Secrets and rumors still surround the Romanov murders, and now Pekkala is needed for a final mission: Find the assassins and any survivors of the massacre, and he’ll be freed. As he dives into his past, old secrets and betrayals come to the surface in this compelling mystery.

Eye of the Red Tsar 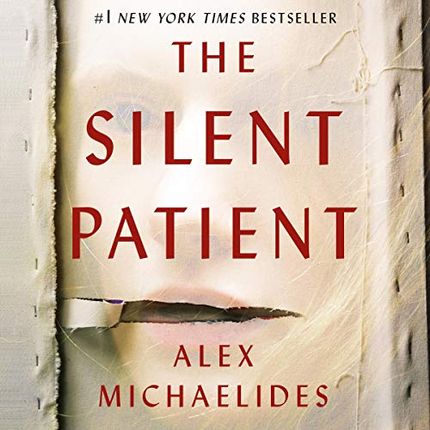 This much-anticipated psychological thriller centers on Alicia Berenson—a famous painter with a seemingly perfect life. That is, until she shoots her fashion photographer husband Gabriel five times and then goes silent. Her refusal to talk lands her at the Grove, a secure forensic unit in North London where she meets Theo Faber. Faber is a criminal psychotherapist who is determined to figure out why Alicia shot her husband. Narrated by the psychotherapist, this compelling book dives deep into the psyche and will leave you restless. 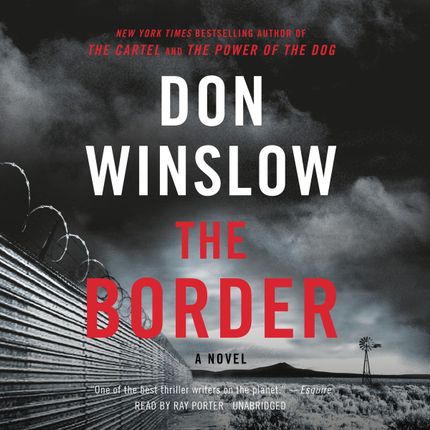 DEA Agent Art Keller is back in the final installment of Don Winslow’s Cartel series. This time, Keller’s up against the heroin epidemic facing America. The problem? His own government is involved with the drug traffickers he’s trying to destroy. This story takes Keller from South America to the United States, as the agent faces his most challenging battle yet. 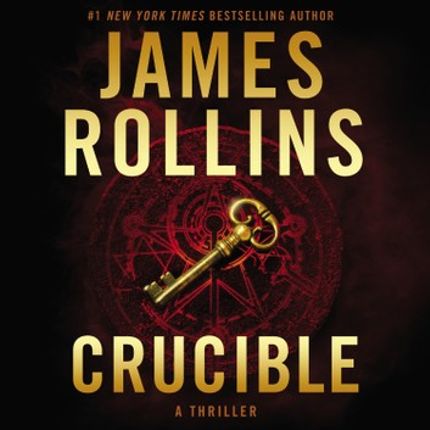 The latest book in the Sigma Force series finds Commander Gray Pierce discovering a gruesome scene on Christmas Eve—his pregnant lover is missing and her best friend, Kat, is unconscious on the floor. The only witness to what happened, an advanced neurological technology is used to briefly awaken Kat from her coma. But what she tells Pierce leads him and the rest of the Sigma Force on a dangerous journey to find the assailants who are trying to steal AI technology and “cleanse” the world. 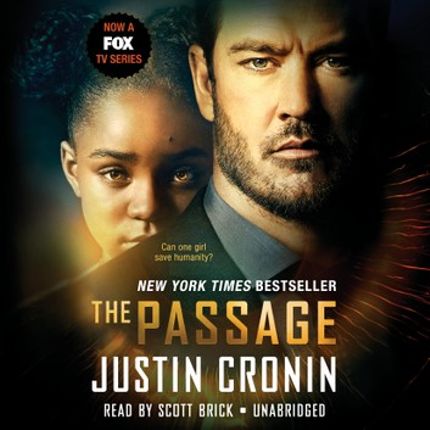 The first book in the Passage Trilogy, which is now a television show, introduces readers to Amy—a young girl who is abandoned by her mother and imprisoned by members of a government experiment. Special Agent Brad Wolgast has been sent to save her, and while he succeeds, he can’t stop the horrific experiment from altering society forever. Author Justin Cronin weaves together a compelling narrative that combines suspenseful action with dystopian science fiction. 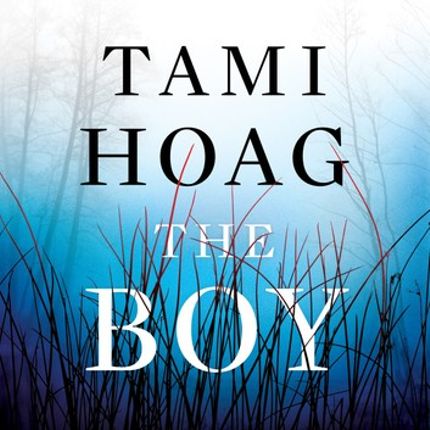 Two detectives must determine if a mother is victim or killer in this gripping novel. When Detective Nick Fourcade steps onto the horrifying crime scene in Bayou Breaux, Louisiana, he’s confused about how the bloody disaster unfolded. Seven-year-old KJ has been murdered by an alleged intruder—who also allegedly let his mother, Genevieve, survive as a witness. But when KJ’s 12-year-old babysitter goes missing, and details about Genevieve’s criminal past are revealed, Nick and his fellow detective wife Annie will have to do whatever it takes to uncover the truth. 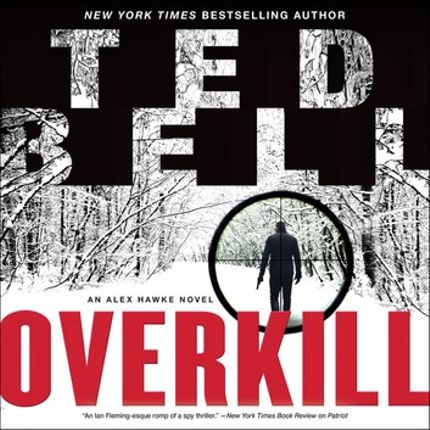 When counterspy Alex Hawke’s son Alexei is kidnapped while the pair are on a ski vacation, he must summon a crack team of his most trusted colleagues in order to figure out why Alexei was taken and how to get him back. At the same time, Vladimir Putin is plotting to make his return to Moscow—using any weapons available to him. As Hawke and Putin’s worlds collide, this thrilling action-packed adventure will keep you turning the page. 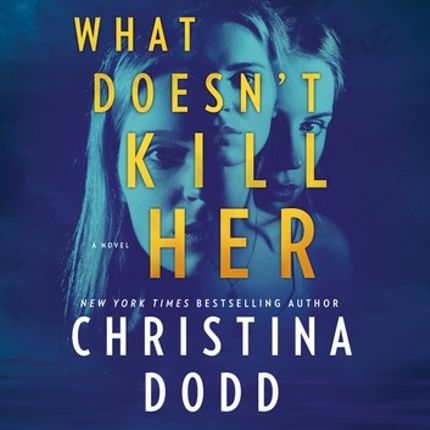 What Doesn’t Kill Her

The second book in the Cape Charade series finds Kellen Adams trying to connect with her daughter. Seven years ago, Kellen woke up in a hospital room—alone and missing a year of her life from her memory after a gunshot wound to the head. It was during that "lost" year, it seems, that Kellen escaped the grasp of her abusive husband, met Max, and got pregnant. Since then, she's reinvented herself as an Army Captain. But when Max's family, who have been raising her daughter Rae, find her and bring her back to their home, Kellen thinks she'll finally have a chance to get to know her daughter—and possibly reconnect with Max. But things don't go the way she plans. Someone is still trying to kill her...and won't stop until Kellen is eliminated. This suspenseful story ends in a cliffhanger that will make you immediately want to read the third book in the series, which comes out in October.

What Doesn’t Kill Her 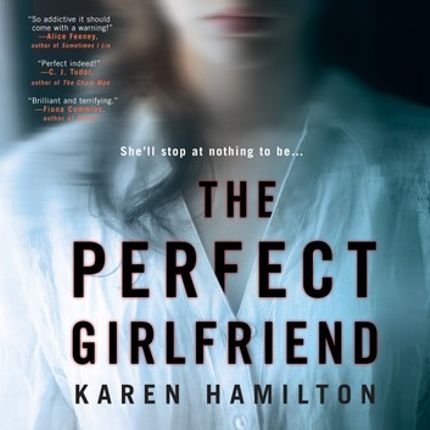 Karen Hamilton’s twisted love story follows Juliette—a woman who became a flight attendant to stay close to (read: keep an eye on) her pilot boyfriend, Nate. The real problem? Nate broke up with Juliette six months ago. In this thriller that delves into the human psyche, Juliette believes Nate will soon see the error of his ways...no matter what it takes. 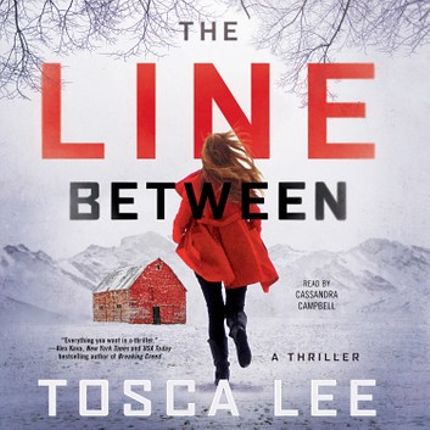 This suspenseful thriller with a side of romance centers on Wynter Roth—a young woman who’s been turned out of a doomsday cult, only to find that the world is on the brink of destruction. Early onset dementia has been rapidly spreading across the nation, but when Wynter’s sister shows up with medical samples, she realizes she has the key to understanding and containing the outbreak. Desperate to get the samples across the country to a lab in Colorado, she teams up with Chase Miller—a former military man who has his own motives for staying close to Wynter...and the samples.

This post is sponsored by Walmart eBooks by Rakuten Kobo. Thank you for supporting our partners, who make it possible for Murder & Mayhem to continue publishing the mystery stories you love.