A new look at an old detective fiction icon.

By Kelsey Christine McConnell | Published May 5, 2020

The curious and hardworking character Perry Mason, a criminal defense lawyer, first came to life on paper in Erle Stanley Gardner’s 1933 novel The Case of the Velvet Claws. Since then, Mason has appeared in over 80 novels and short stories, as well as several films, a radio show, and multiple television series. A reboot of the beloved franchise is slated to grace screens yet again, with an HBO limited series set to premiere on June 21st.

Related: What is Hard-Boiled Crime Fiction?

Want more mystery series? Sign up for Murder & Mayhem's newsletter and get our recommended reads delivered straight to your inbox.

Who is Perry Mason?

Between the source material and numerous adaptations of Perry Mason, the beloved investigator has been portrayed in a variety of ways. What hasn’t changed across media forms is his inquisitive nature, drawing him to cases centered on underdogs. The more difficult the case, the better, and if it seems hopeless, then it’s a perfect mission for Mason. Beyond that, his work ethic is unrivaled—nothing will stop his determination to ferret out the truth and carry out justice.

Mason straddles the line between detective and lawyer, and in Gardner’s novels he often wins cases by implicating another suspect during trial. Through his cunning investigations and his dedication to maintaining his client’s innocence, Mason typically presses a confession out of the true lawbreaker. And if Mason didn’t already seem like a swell enough guy, he often works for an incredibly low retainer.

Of course, beyond the scope of his courtroom and crime scene antics, not much is known about Mason—especially within Gardner’s novels. His history was expanded on a bit in the subsequent movies and television series. In one of the earlier films, Mason married his longtime secretary, Della Street, while one of the television series reached into his past to weave a story about his time in the Navy during World War II. However, these creative divergences from Gardner’s work are widely regarded as lying outside of canon.

Who's Involved with the HBO Project?

When buzz about this project first began back in 2016, rumors were up in the air that Robert Downey Jr. might be in the title role, with Nic Pizzolatto taking the writing reins. Four years later, RDJ is firmly in the role of an executive producer, alongside his wife Susan Downey. Writers for the series include Rolin Jones and Ron Fitzgerald, who are also stepping up as executive producers. But who will flex their on-screen talents to reel viewers into the series?

Related: 15 New Mystery and Thriller Movies We Can’t Wait to See in 2020

Three heavy-hitting Emmy winners are heading up the Perry Mason cast. The titular role will be portrayed by Matthew Rhys, who many may know from the mystery series The Americans. Orphan Black’s Tatiana Maslany is taking on the role of Sister Alice, while the notable John Lithgow will portray E.B. Jonathan.

Timothy Van Patten is credited as working behind the camera, directing six out of the eight slated episodes. Patten’s previous work can be seen in episodes of Boardwalk Empire, The Sopranos, and even episodes of Game of Thrones.

What Can Viewers Expect?

This HBO limited series will kick off as an origin story for Perry Mason. Set in Los Angeles in 1932, Mason’s story will begin at a low point. He’s reeling from the shock of his wartime experiences in France, and the pieces of his broken marriage weigh heavy on his shoulders. In fact, when viewers first encounter Mason, he’s living by the skin of his teeth off of paychecks earned as a private investigator.

Related: 7 Thrilling New Reads to Check Out in 2020 Based on Your Favorite Type of Mystery

But everything changes when an incredible case finds its way across his desk. As Mason gets entangled in a child-kidnapping case gone horribly wrong, he doggedly pursues the truth. Though it appears Los Angeles is recovering from the tragedies of the Great Depression—with a booming oil business, the joy of the upcoming Olympic games, and the buzz of excitement around talking pictures—Mason uncovers a slimy and fractured city beneath the veneer. And while L.A. may be striving for redemption, Mason may just find his own along the way.

The eight-episode Perry Mason limited series will premiere on HBO on June 21st. For a first look at the series, check out the teaser trailer below. Then download and read the Perry Mason mystery novels to dive even deeper into the history of this iconic detective fiction character.

Watch the trailer for the new Perry Mason HBO series below! 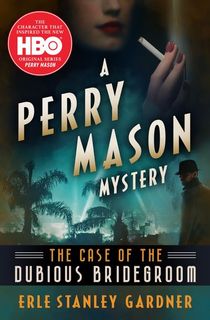 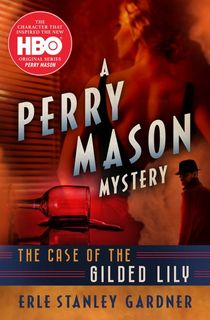 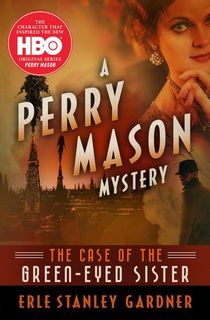 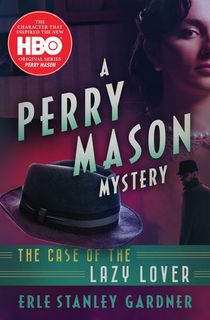 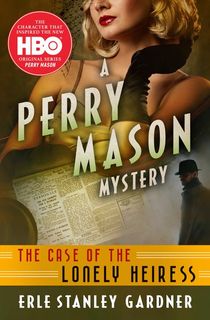 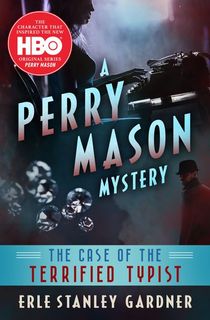 Want more mystery series? Sign up for Murder & Mayhem's newsletter and get our recommended reads delivered straight to your inbox.