This Enthralling Series is the Ultimate in Political Suspense

If you’re a political thriller junkie, it can be hard to decide what series to pick up next. There are just so many to choose from! If you’re looking for a tight action-adventure thriller, a series featuring a strong, smart female lead and a breathless style that sucks you in right from the get-go, we’d recommend cracking the spine on the Brooke Burrell Series by Tom Avitabile. Plus, you can get in on the ground floor of this great new series with the #1 bestseller, Give Us This Day, since its heavily anticipated sequel, Forgive Us Our Trespasses, is out now!

Both Forgive Us Our Trespasses and Give Us This Day, the first explosive book in the series, follow former FBI agent Brooke Burrell as she takes on the courts, a cut-throat media, and terrorists out for revenge who actually want to cut her throat! All she really wants is to be at home in Hawaii, coaching soccer at the local high school and trying to start a family with her husband, but she can’t say no when duty calls. And duty often does call because Brooke is the best of the best. She is the most decorated female agent in the history of the US government and has a direct line to the president.

Give Us This Day 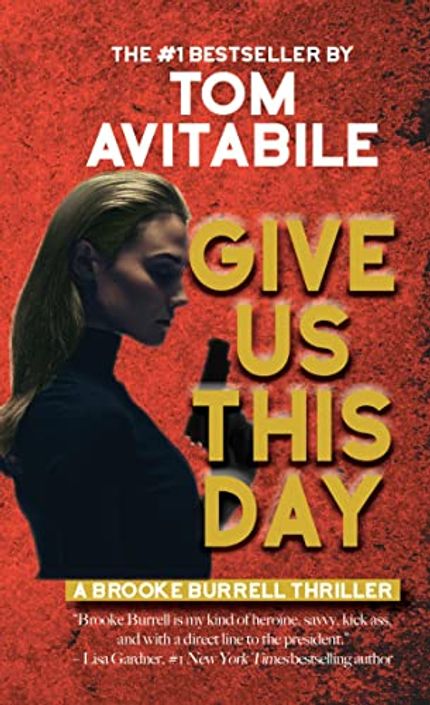 In addition to her long list of accolades, Brooke is a fantastic protagonist. And her stories feel like a breath of fresh air in a genre that doesn’t often feature women leads. As author Tom Avitabile said of the character, “In Brooke, I believe I have the best of what humans can be. A strong internal code, a nurturing being, and a fierce warrior when needed. Yet, vulnerable to all the vicissitudes of life.”

Readers will be intrigued to know that Brooke is also based on a real person. Avitabile shared with us the story of how he met a female FBI agent across a tennis net once—though he didn’t realize this about her at the time. Just a few days after their match, he saw her on the front page of the newspaper: she had just taken down a major drug kingpin.

Years later, they ran into each other again, and that’s when he noticed what would become the building blocks of Brooke. “She had swagger,” Avitabile said. “She exuded a cool confident demeanor, the other thing I noticed was a level of respect from her male agents. I had a funny thought, she hadn’t become one of the boys, she had made them one of the girls! She was someone I wanted to write about.”

In Forgive Us Our Trespasses, Brooke’s two worlds collide. She’s worried that one of the girls on the soccer team she coaches is being abused and can’t help but investigate her father. He’s a rough, unpleasant man who just so happens to hold a high-up position in the powerful tech startup in town. When a spat between him and Brooke nearly turns violent, she also realizes that the company is prepared to protect him—no matter what. 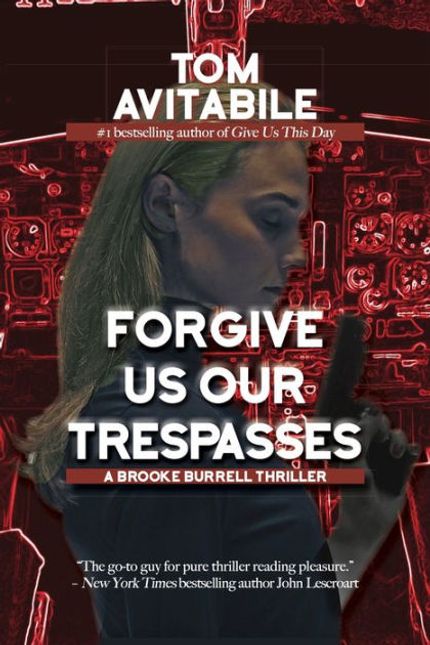 Further investigation sheds some light on why he’s hurting his daughter, but also reveals a link to a widespread international terrorist attack. But then the father is found dead, and Brooke is the main suspect in his murder. Now, Brooke will have to prove her innocence in court—and to the rest of the world, as very few people seem to believe her.

On top of all of that, she’ll have to use all her skills to foil the terrorists’ plot revealed by her while trying to avoid the death penalty. If she fails, untold numbers of people around the world could die in one terrifying instant. The entire fate of the western world’s economic nervous system is at stake. To find out what happens next, and next, and next you’ll just have to check out the book!

When you dig into any of Avitabile’s works, be sure to have the rest of your day free because you won’t be able to put these books down. They’re action-packed right from the start and are written with an engaging, cinematic quality. Avitabile has also written for TV and film, and that experience is infused into his novel writing. “A cinematic mind always sees what to show to engage and entertain the audience or reader,” Avitabile said. “That filmic discipline, namely that dialogue is action, and action is character-revealing helps me weave a tight, tense narrative in prose.”

He got into thrillers because of movies too. When asked why he’s attracted to writing thriller books, he responded, “the simple answer is [the film] North By Northwest. That out-of-the-box can go anywhere freedom—and the rollercoaster ride of situations that can change in a flash. That is so interesting to me.”

If all of this has you excited about Brooke Burrell and her exploits, be sure to check out Forgive Us Our Trespasses! It’s only the second book, but we’re sure Brooke and the other characters in the series will to be around for a long time. Avitabile builds his characters to last.

“I don’t burn them out in one book,” he said. “I add new challenges, mostly life challenges that have a major effect on the way they just can’t do what they did in the last book anymore as their life situation has changed. That keeps them challenged, innovative, fresh and lends a common touch.”