The Rise of the Millennial Cozy Mystery

A classic genre shifting to appeal to a fresh audience.

What does a pet groomer, a Filipino restaurant, and a bookstore/cafe Twitter account have to do with murder mysteries? These are all new series in Berkley’s initiative to bring cozies, aka mystery books without any gory parts, to Millennial readers.

Beginning in 2018, Berkley Books, an imprint of Penguin Random House, began thinking about how to develop new murder mystery series to appeal to Millennials. Angela Kim, editorial assistant at Berkley, explains that the imprint wanted to cater to a younger audience, as while many readers liked the genre, they may not connect with the protagonists. It’s also an opportunity to bring in younger readers who hadn’t been interested in the genre before. And finally, this imprint is a great way of bringing more diverse voices into the world of cozies, since they “want cozies to reflect the world we live in," Kim says.

Series from this initiative reached the market last year in 2020, including Lefty-nominated Jennifer J. Chow’s Mimi Lee Gets a Clue, featuring a pet groomer and her talking cat. Other titles that have subsequently come out include Olivia Blacke’s Killer Content, Abby Collette’s A Deadly Inside Scoop, and the recently published Arsenic and Adobo by Mia P. Manansala. Sequels and new authors are already in the works. The books tend to feature younger protagonists—women in their 20s or early 30s—and take place in more urban settings than traditional cozies (but not always), and have a fun voice.

Chow of Mimi Lee Gets a Clue finds these new developments really exciting for her. She grew up reading Encyclopedia Brown, Nancy Drew, tons of Agatha Christie with her mother. But when she reflects on her murder mystery reading as a kid, she said, “I didn’t really see main characters that were like me.” Chow is looking forward to seeing more diversity in the books that help readers feel more connected to the books. It opens up new worlds. “I like all these different books featuring various cultures,” Chow said, ”Just having main characters that are diverse, it helps me to get a glimpse of someone different from me.”

Berkley has been proactive in reaching out to authors of color. Chow said that they reached out to her to write a book with a young female Asian-American protagonist. That’s the genesis of Mimi Lee Gets a Clue, also known as the Sassy Cat Mysteries series.

Mimi Lee Gets a Clue 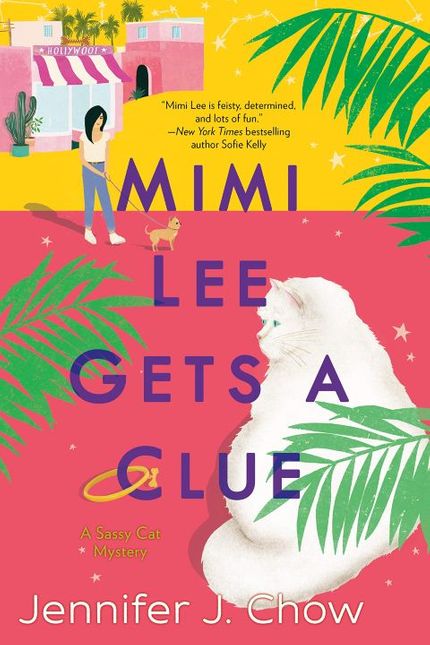 Chow is also excited to see how the books can be more reflective of the world around us. She cites the use of modern technology in Blacke’s Killer Content: “the way she is weaving in some of the modern day technology into her books, I think that’s fascinating to see more on the page.” Blacke’s book includes Twitter, livestreaming, YouTube and Etsy, to name a few. But Chow notes, “you have to work around more with plot with a lot of technology.”

For Blacke, it’s important that folks can relate to the characters in her books. She mentions how some cozies often relied on miscommunications that could have been resolved with picking up a phone; nowadays that would seem odd since we have portable phones and all these social media accounts. Her characters tweet, stream video, and share videos with each other. For Blacke, “it’s important that readers see something themselves of their world” in the books.

Blacke has also had some fun upending some of the traditions in cozies. She grew up reading similar authors as Chow, and has enjoyed reading cozies today. For her, cozies are an escape and “a lovely safe place” where you solve a puzzle. But she’s noticed that many books tend to feature a woman, sometimes after a divorce or a family event, moving from the big city to a small town.

Instead, Blacke’s protagonist Odessa moves from a small town in Louisiana to Williamsburg, Brooklyn, where she finds work as a waitress in a popular bookstore/bar while making her own outfits out of thrift store clothing. It’s something that millennials and younger generations may be able to identify with. Blacke also puts in little touches that would resonate with Millennial readers, like the glory of pockets. “I make pocket jokes every other page. My editor was like if I get one more pocket joke from you, I’m throwing this book out,” she said laughing. 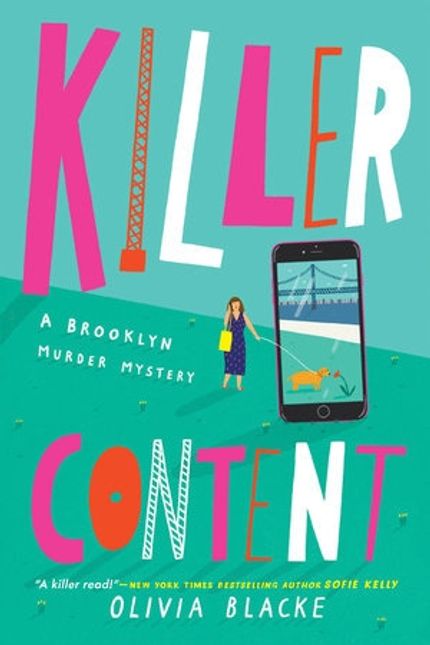 Many of the newer cozies are also trying to reflect some of the harsher realities in the world. Manansala’s Arsenic and Adobo definitely brings up issues with police and race. But it’s a balancing act between talking about these difficult issues and the lightheartedness-escapist aspect of the genre, Manansala said in an earlier interview. Kim explains that it’s on a case by case basis. She notes that folks are more aware of what’s going on in the world and are more disposed to discuss it. But ultimately, “it depends on the author as well and how much they are willing to share with their readers,” Kim says. It must also fit with the rest of the story.

While the books themselves are full of juicy morsels for new readers, it’s impressive to look at the supportive community that the Berkley writers have created. First, there was a Facebook Group for people with 2020/2021 book debuts, but then smaller groups formed as folks realized they had common cause —same editors, same agents, or same agencies—Blacke said. It’s been an opportunity for the Berkley folks to talk through their concerns and questions, especially given the challenges of releasing a debut book during the pandemic.

On Twitter, they’ve developed a hashtag #Berkletes, which rhymes with athletes, for Berkley writers (not just those involved with the Millennial initiative) to support each other, like celebrating one another’s book releases, as well as other good news or to share fun internet things or creations. Talking with Chow, Manansala, and Blacke, I got a glimpse of that support network in real life; they were eager to suggest more folks to interview for this story, as well as books I had to check out. For me, it was gratifying to see this spirit of shared joy that makes me want to read more books in this initiative, knowing that the authors have built a community of their own. 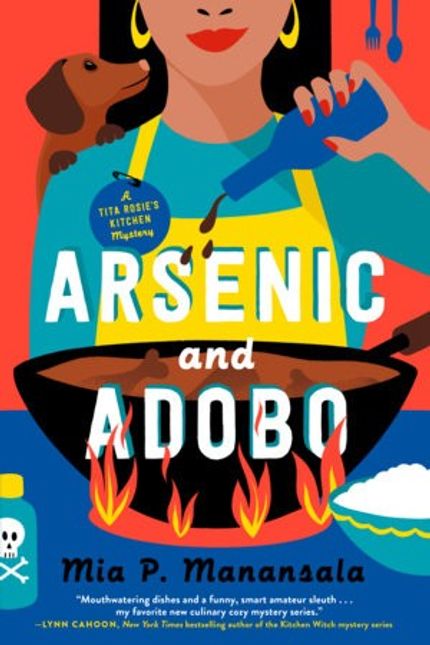 The books released so far have been well-received critically, Kim noted. Publications that don’t typically review cozies have been giving them media coverage, like the New York Times.

So what does the future hold for the initiative? Fans of Blacke’s Killer Content will be pleased that the sequel, No Memes of Escape, which has a murder in an escape room, comes out in October. Homicide and Halo-Halo, the sequel to Arsenic and Adobo, is tentatively scheduled for February 2022. On top of the Sassy Cat Mysteries, Publishers Marketplace just announced that Jennifer J. Chow’s Night Market Mysteries is forthcoming as well.

Related: Take a Bite Out of Crime: 11 Culinary Cozy Mysteries Bursting with Recipes for You to Try

When asked about the future, Kim said, “I’m excited about all the authors we currently have on our list... I’m just really excited to see that people are interested that we do have this millennial cozy program and hopefully be able to add more authors to the list to get more diverse stories out there that millennials will relate to and enjoy reading.”