Don’t miss out on these gems from one of the original Queens of Crime.

Thrills and chills are always in store when Ngaio Marsh is at the helm, as anyone who has dived into this Queen of Crime’s books can attest. Born Edith Ngaio Marsh on April 23rd, 1895 and later known by her official title, Dame Ngaio Marsh, this mystery writer grew up in Christchurch, New Zealand during the turn of the 20th century. Along with Dorothy L. Sayers, Margery Allingham, and Agatha Christie, Marsh dominated the Golden Age of detective fiction—publishing 32 novels between 1934 and her death on February 18th, 1982, as well as several short stories and four nonfiction books. She's best known for creating her iconic character Chief Inspector Roderick Alleyn, a British gentleman detective featured in all of her novels.

While you can’t go wrong with any Ngaio Marsh books, the riveting reads below stand out as Marsh's most fascinating, fun, and compulsively readable works. Read on to discover the best Ngaio Marsh books.

Published in 1934, this is Marsh’s first novel and first work to feature Chief Inspector Roderick Alleyn. The inspiration came to her after reading a detective story by Dorothy Sayers, and Marsh wondered whether she could hold her own in the genre. Little did she know that she would come to be remembered among their ranks as a Queen of Crime, and that this freshman effort would be adapted into a British television series, The Inspector Alleyn Mysteries. The plot of A Man Lay Dead concerns itself with a party game that was popular at the time, in which one guest is selected to be “the murderer” and chooses a victim. The lights go out, and when they come back on, the remaining guests are tasked with guessing who the murderer is. It’s all in good fun, but when Alleyn plays while on a weekend getaway at a country house, the seemingly harmless game ends in an actual murder. A fun puzzle reminiscent of Clue, A Man Lay Dead is a great introduction to Marsh’s work. 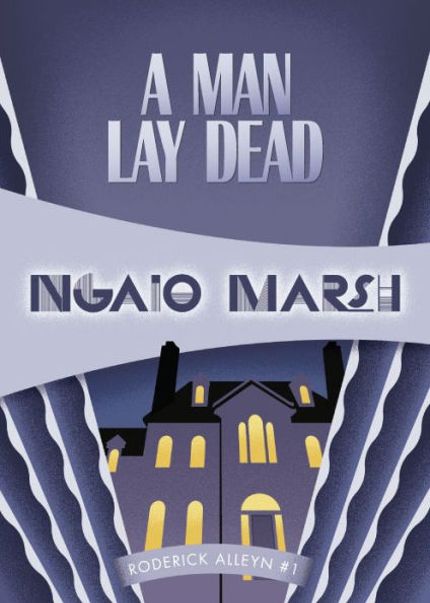 Died in the Wool

Though most of Marsh’s novels take place in England, this one sees Det. Alleyn traveling to New Zealand on a counter-espionage mission during World War II.  Flossie Rubrick, a parliamentarian overseeing a top-secret invention, disappears from her remote sheep farm. Three weeks later, her body is found packed inside one of her own bales of wool. Inspector Alleyn is called in to investigate the clues left behind in this cold case, and find out who wanted Flossie dead...and why. 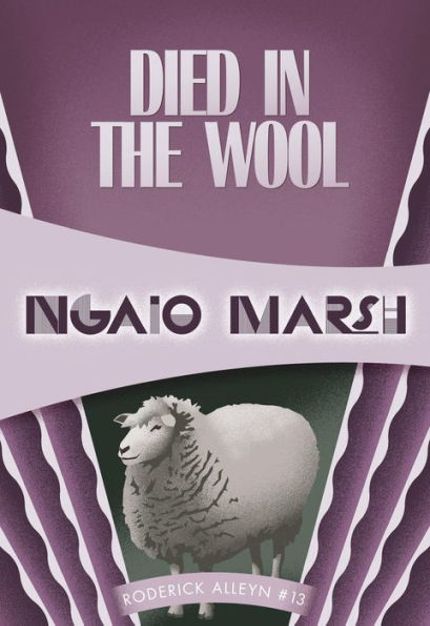 Night at the Vulcan

Marsh had a lifelong love for theater and the arts, a theme which weaves its way into many of her books. Night at the Vulcan (also known by its British title, Opening Night) is a mystery set at the theater, and one of Marsh’s most well-known works of fiction. Nineteen-year-old Martyn Tarne has traveled all the way from her native New Zealand to try to make her big break on the London stage. Though she wanted a starring role, she does manage to get a job as a backstage dresser at the Vulcan Theatre. From her superstitious colleagues, Martyn learns that the theater has a mysterious past: just five years ago, someone was murdered there. Tragedy strikes again when a cast member commits suicide. But Alleyn sees through the ploy and knows that a murder was committed. Can he wade through the cast drama of scandalous affairs, alcoholism, and jealousy to find the culprit? 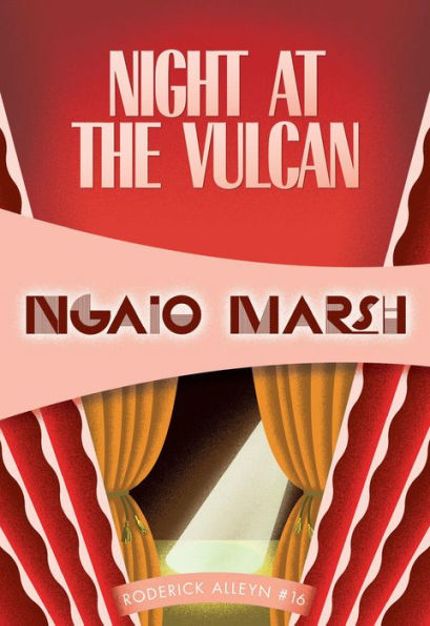 Published in 1968, Clutch of Constables is one of the last books in Marsh’s detective series. Readers familiar with Marsh’s earlier work can see how the iconic Roderick Alleyn has developed over time, getting married and rising in the ranks of the police force to become a Chief Superintendent. This book deviates from Marsh’s usual format by alternating between Alleyn deconstructing a case for a class of new recruits and flashbacks to the actual action, experienced by his wife Agatha. The “constables” in question refer not to police officers, but landscape paintings by the 19th-century artist John Constable. A painter herself, Agatha takes a solo trip on a river cruise through “Constable Country” in England to learn more about the famed artist and see the places in which he was inspired. However, it soon becomes apparent that Agatha’s ticket only became available because a previous passenger was murdered in his cabin. Can she put her amateur sleuthing skills to the test and help stop Jampot, the notorious criminal responsible, before he strikes again? 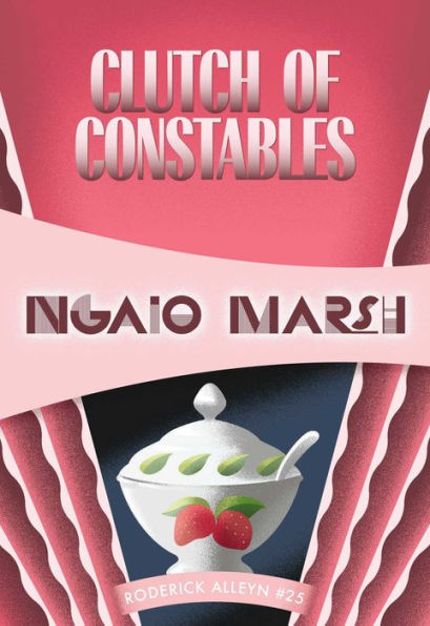 Want more Queens of Crime? Sign up for Murder & Mayhem's newsletter, and get our recommended reads delivered straight to your inbox.

The last novel that Marsh wrote, Light Thickens, returns to her first love: the theater. Specifically, the plot takes place at a staging of Macbeth, a play that Marsh had directed for The Canterbury University Players in 1946 and 1962. Marsh used her intricate knowledge of the play and of the evolving theater world to inform the plot, which concerns an on-stage beheading that turns out to be real. As usual, Roderick Alleyn is on the case—sorting through fact and plentiful fiction surrounding the unlucky “Scottish play” to find out which one of the cast members is the villain. 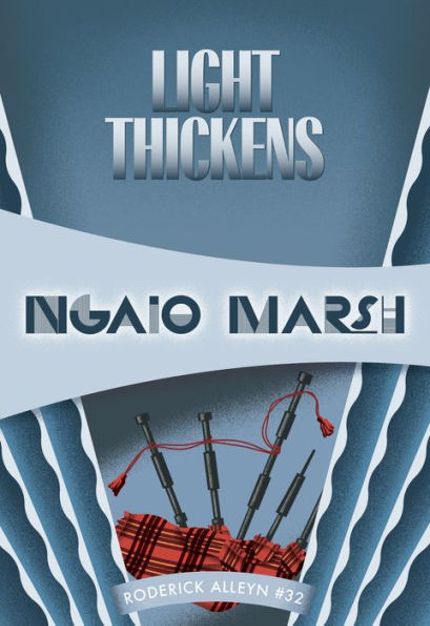 Black Beech and Honeydew is Marsh’s autobiography, originally published in 1965 and fully revised in 1981. This is an excellent read for those wanting an intimate glimpse into Marsh’s life, from the origins of her unusual name (Ngaio is a Maori word for a flowering tree) to her attachment to her birthplace of New Zealand to her career as a writer, theater director, and aspiring painter. Readers of Black Beech and Honeydew will see that Marsh’s charming and entertaining writing style was not limited to fiction, and are certain to enjoy this rare glimpse of the woman behind Chief Inspector Alleyn. 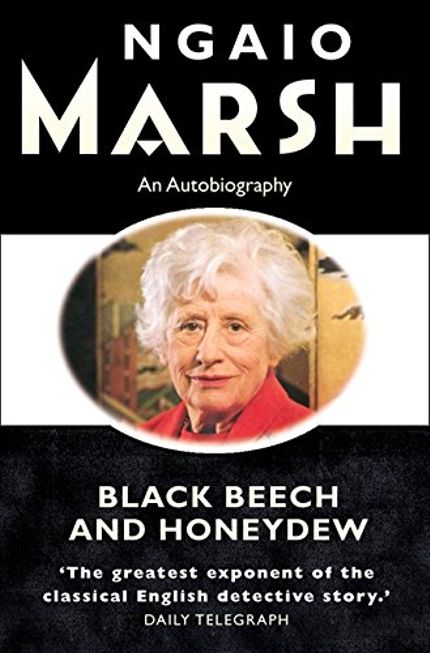 Though Marsh excelled at writing novels, she occasionally switched it up and tried her hand at short fiction. This book is a collection of short stories, one of which is her first ever published work, “The Figure Quoted.” This collection will appeal to a wide range of readers, as some of the stories feature the beloved duo, Roderick and his wife Agatha Troy, and some of them focus instead on new characters. A television script that Marsh wrote is also included. This is a great collection for readers who have breezed through Marsh’s novels and can’t get enough of her work, as well as people new to the author looking to get a taste for her style before diving into a novel. 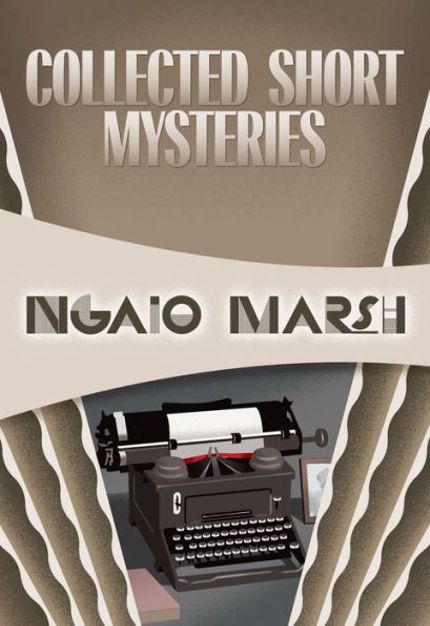 Money in the Morgue

Money in the Morgue is the 15th novel Marsh worked on, though she abandoned the project before its completion and turned to other stories in her detective series. In 2018, Money in the Morgue was completed by Stella Duffy, who worked off of Marsh’s title, first three chapters, and some notes. This is a fascinating read for Marsh fans who have been curious about the late author’s incomplete manuscript. Though Duffy had to determine the villain and his/her motives, we’re guessing Marsh would have approved of this creativity, given that she participated in a similar project: Marsh once guest starred in a television series based on Charles Dickens’ unfinished mystery novel, The Mystery of Edwin Drood, in which audience participation guides the ending. 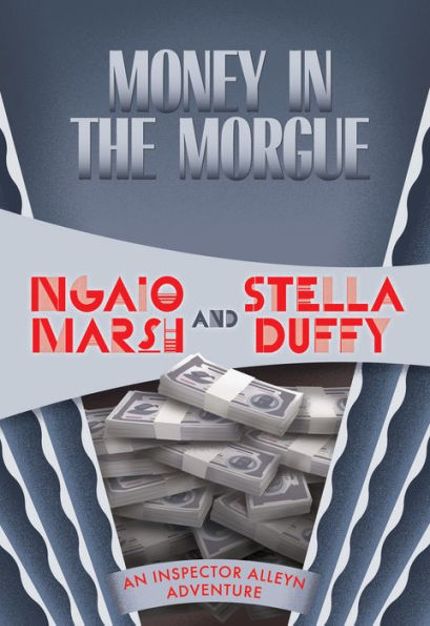 Want more Queens of Crime? Sign up for Murder & Mayhem's newsletter, and get our recommended reads delivered straight to your inbox.