14 Sherlock Holmes Gifts for the Supersleuth in Your Life

The gift-giving mystery is now elementary.

In search of the perfect gift for the Sherlock Holmes fan in your life? It can be a tough case to crack, detective. No matter how many clues your mystery-loving friends and family leave behind, it’s not always easy to deduce the gift they seek. That's why we scoured the web's cobblestone streets and gaslit alleys to track down the best Sherlock Holmes gifts for your nearest and dearest supersleuth—even if that sleuth is you.

The following Holmesian gifts offer a little something for every kind of mystery fan, from stylish Sherlock Holmes wearables and immersive mystery games to DVD boxsets of BBC's Sherlock and special collections of Sir Arthur Conan Doyle's best Sherlock Holmes tales. The game is afoot, and the gift-giving mystery is now elementary!

It’s tempting to go for the classic tobacco pipe to complete one's quintessential detective outfit, but caffeine is a strong enough vice. This coffee mug depicts a variety of Sherlock Holmes quotes and imagery, including the trademark pipe!

There's a special kind of satisfaction in receiving compliments on your socks. These cozy foot coverings feature the silhouette of the classic sleuth and are sure to garner some sock-centered compliments from fellow Holmes fans.

Perhaps your friends and family double as a collective of clever sleuths. If this is the case, cooperating with one another to solve a crime is a great way to pass the evening while flexing your deductive skills. This immersive Holmesian game delivers a wealth of fun and is good for 1-8 players, ages 12 and up! 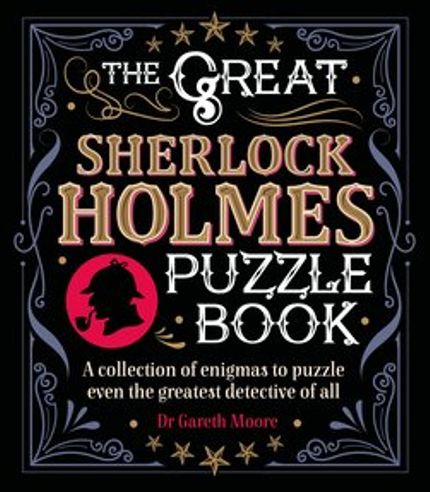 As Sherlock declares in The Sign of the Four: "My mind rebels at stagnation." We wholeheartedly agree. Keep your sleuthing skills sharp with this collection of over 130 entertaining puzzles and enigmas, featuring riddles, word games, and mysteries centered on mathematical principles. 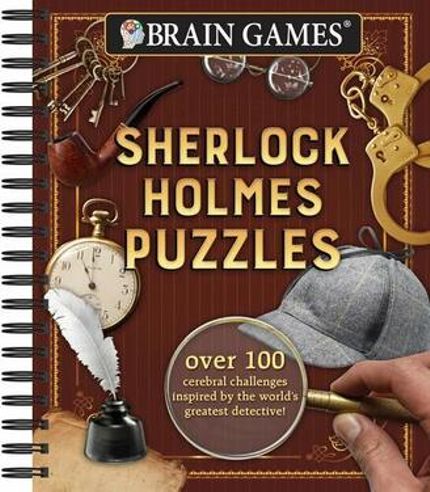 For those in need of a second set of mysteries to crack, check out this perplexing collection of detective games and puzzles. The collection focuses more on visual hints, logic puzzles, cryptograms, and word searches to test how you see and process information. 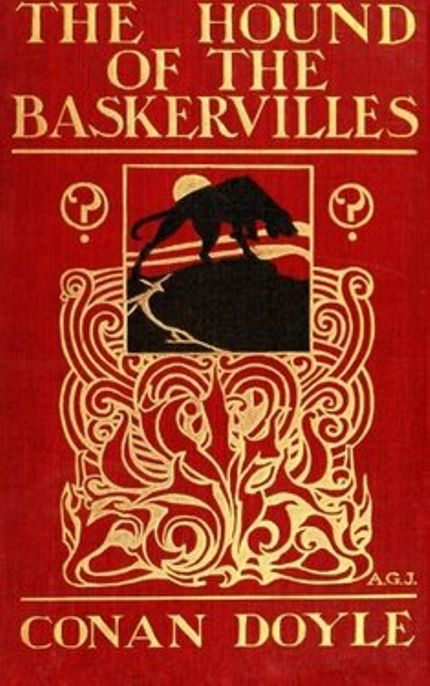 The Hound of the Baskervilles Hidden Journal

A great 2-for-1 gift for the secret keeper in your life. This special edition of Sir Arthur Conan Doyle's The Hound of the Baskervilles contains the entire text of the classic mystery tale. The cover is even a recreation of the design that graced Baskervilles' first edition printing. Hidden in the middle of the book, however, is a set of blank pages designed specifically to be used as a secret journal. Prying eyes will never suspect the treasure trove of secrets (or doodles) recorded within!

The Hound of the Baskervilles Hidden Journal

No list of Sherlock Holmes gifts would be complete without the iconic deerstalker hat. Stylish, sophisticated, and perfect for all your Holmesian cosplay needs.

Looking to show off your Sherlock Holmes love? Try on this handsome tee—designed by the Murder & Mayhem team! The wearable is available now in our TeePublic shop in a variety of colors, sizes, and styles.

If you're looking to further diversify your wardrobe, check out this shirt featuring a silhouette of Sherlock Holmes. Even better, this shirt includes a variation on one of Sherlock's wisest declarations: "Life is infinitely stranger than anything which the mind of man could invent." Alas, good sleuth, your words ring truer with each passing year.

In today's digital age, sending a physical letter to a loved one speaks volumes. The more effort you put in, the more cherished the recipient feels. So really, by gifting this Sherlock Holmes wax seal stamp to a loved one in your life, you’re just setting yourself up to feel appreciated when a beautifully prepped envelope arrives in your mailbox. It won’t take a detective to find out what they might be thanking you for.

Sometimes people just want a print of Benedict Cumberbatch on their bedroom wall. More than fair. But when it’s a calligram made of Sherlock quotes from the BBC series? Maybe order an extra for yourself.

Speaking of the BBC series, sometimes you just need to binge a quick season of the charismatic duo of Cumberbatch and Freeman. Don't be surprised if the lucky recipient of this gift has binged every episode, special, and deleted scene by the next time you see them.

Related: The Memoirs of Sherlock Holmes 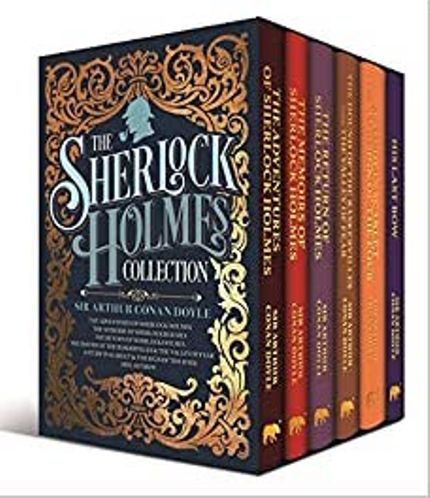 Whether the Sherlock Holmes fan in your life is a lifelong devotee or brand-new to the sleuthing game, this slipcase set comprised of six essential Sherlock Holmes novels is a must-have—and is a fine complement to one's library collection.

Featured photo from the cover of 'Sherlock Holmes: The Complete Granada Television Series'