“Miss Marple is a white-haired old lady with a gentle, appealing manner—Miss Weatherby is a mixture of vinegar and gush. Of the two Miss Marple is much more dangerous.

That’s from the first full-length novel featuring Miss Marple, The Murder at the Vicarage. Part of her power is that she is often underestimated and ignored by people in power but she has a keen eye for observation and always solves the case. While she may not be as flashy as Hercule Poirot, she gets the job done in her own wonderful way. Fans of Miss Marple are in for a new treat with the recent publication of Marple: Twelve New Mysteries (9/13/22).

The book features short stories centered on Miss Marple and the regular cast of characters around her, written by twelve well-known authors in crime and literary fiction,  such as Lucy Foley and Kate Mosse. Murder & Mayhem talked with ​Julia Elliott, United States editor of the collection and an associate editor at HarperCollins’ William Morrow imprint. 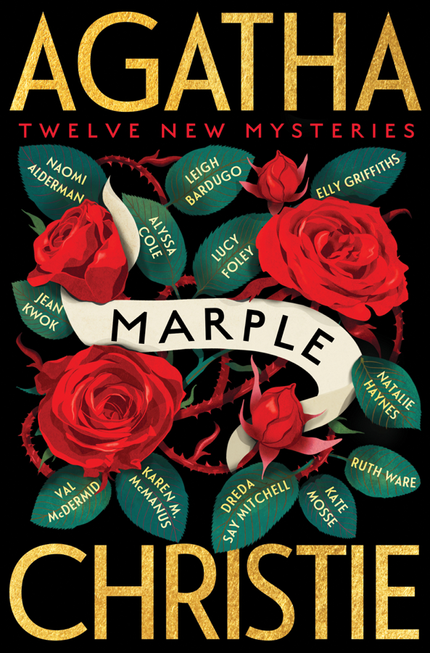 What prompted the creation of a new Miss Marple anthology?

The past few years we've spent a lot of time with Poirot in the two major movies from Kenneth Branagh. We were really excited to start utilizing some of the other Christie IP (intellectual property).  Miss Marple sometimes gets overshadowed by Poirot but she’s probably the most famous female detective in fiction, but sometimes just a little overlooked. Christie herself, in interviews, had said that she wrote the Miss Marple character because she wanted to represent the voices of women who are often overlooked.

Given the general conversation that's happening around women right now, it felt like a good time to revisit the fact that this character was really innovative. There are so many prevalent female crime writers today that Christie was kind of a trailblazer back in the day, and it felt like the right time to honor that legacy. [They asked] 12 writers if they'd be interested [who each have] such lovely stories about how Christie inspired them and [was] really important to their careers. So it all kind of came together and became a collection [where] we showcase that legacy, but also show how women have evolved in the crime genre.

Why do you think Agatha Christie is so popular?

Will we see an update to Miss Marple? Like in the present day?

We wanted this collection to remain as true to the character that Christie envisioned and the work that we have as much as possible. We wanted all of the authors to approach the characters as if she's just leaping right out of Christie's own books. That means that she's always an older woman.  That was important to us, because it's part of what makes her character so unique is that she's the underdog, because she's an elderly woman who people tend to overlook, because she's “just” a spinster; she's quiet and she lives by herself.  Making her younger, giving her a love interest, things like that take away from what ultimately is so interesting about her underdog character.

All of the writers that we approached are such huge fans of the original stories and have such a depth of knowledge of the books and weaved in a lot of iconic characters, locations, and cover references. I think that people who are coming to this book for the first time are really going to enjoy it.

But if you do have the knowledge of the original stories, you're going to get this deeper experience, feeling like you're in the hands of 12 experts, and they really want you to capture the Marple that they fell in love with. What we really wanted the authors to do was bring their own ideas and, and the spark of what makes their voices so enjoyable on the page, but these are all Christie devotees.

I think you'll really feel that the voice feels consistent, and very Christie-esque, but that each story also has its own kind of fresh twist that each of the writers brings to it as well. She goes everywhere from solving a mystery on the Broadway stage in New York, a cruise ship going to China, the Italian Riviera, [and] all across the globe.

How did you decide who would be involved? You’ve got a great lineup of authors.

When we conceived the idea, we wanted to center it around the voices of women but we didn't want to limit ourselves necessarily just to crime writers.  We wanted to find writers across the board who have been influenced by Christie no matter where that has taken them in their careers. You can see a pretty straight line from some writers; we asked of course Ruth Ware and Lucy Foley because they have styled themselves as modern-day Christies. There are some writers like Leigh Bardugo, Jean Kwok, and Alyssa Cole, who are less of a straight line; they're writing more in women's fiction or in the case of Leigh Bardugo, speculative fiction.

It was the easiest thing in the world to get 12 incredible writers signed up. We thought it might be a little bit harder, but for each one, it was like a treat to be asked. They just love Christie and the idea of being able to play in that sandbox. It was such a fun challenge and opportunity.

What do you want people to get out of these stories?

We really want it to serve as an introduction to Christie's Marple character for a new generation, but also to be a celebration of Marple's legacy for her longtime fans. We recently celebrated 100 years since the first book was published. This is a character who just hasn't really had her chance in the limelight in a while. We wanted to celebrate why her character is so enduring and beloved and how timeless she has been.