A World of Sherlocks

Detectives around the globe have been inspired by the English supersleuth.

The success of Sir Arthur Conan Doyle’s famous consulting detective, Sherlock Holmes spawned a legion of imitators. These imitators were not just in Britain, but all over the globe. By the 1930s, “The Sherlock ofs…” were to be found wherever there was a readership for detective fiction.

While Holmes is a blue-blooded English gentleman, his Australian equivalent is a biracial foundling. Detective Inspector Napoleon “Bony” Bonaparte of the Queensland Police is the product of what was, at that time in Australia, a forbidden relationship between a white settler and an indigenous woman. Bony’s creator, Arthur Upfield, was a member of the Australian Geological Society and had a deep and empathetic knowledge of Australian Aboriginal culture and the wild country of the Outback.

Upfield's detective is a Sherlockian supersleuth—highly educated, insubordinate, and arrogant—who uses his tracking skills and his understanding of people and nature to solve crimes that have baffled his white colleagues. Given the lead character and the setting, it’s unsurprising that the great US detective writer Tony Hillerman, creator of Jim Chee, was a massive Upfield fan. In all, Bony appeared in 29 novels, the second of them, The Sands of Windee (1931,) is a genuine classic. 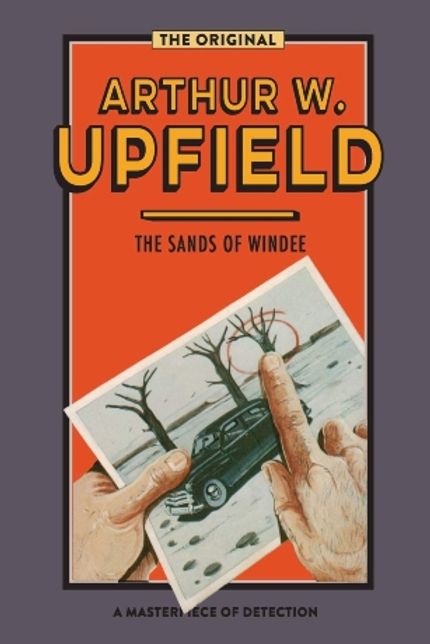 Fans of Vienna Blood will be unsurprised to learn that at the start of the 20th century, the capital city of the Habsburg Empire was home to not one, but two “Austrian Sherlocks”—Dagobert Trostler and Joseph Muller.

The former was the creation of Viennese journalist Balduin Groller, and appeared in a series of short stories from 1895 until 1910. Trostler is a wealthy retiree, a fine singer and songwriter, and, unlike Holmes, he’s a bit of a party animal. His investigations generally centre on society scandals amongst the Vienna glitterati and have a sharp, witty edge.

Auguste Groner’s detective Joe Muller—who made his debut in 1890—is Trostler’s polar opposite: a small, modest man who serves diligently in the secret service department of the Imperial Austrian Police. Like Holmes, he’s a human bloodhound, but often finds himself battling as much with maddening government bureaucracy as against the criminals. 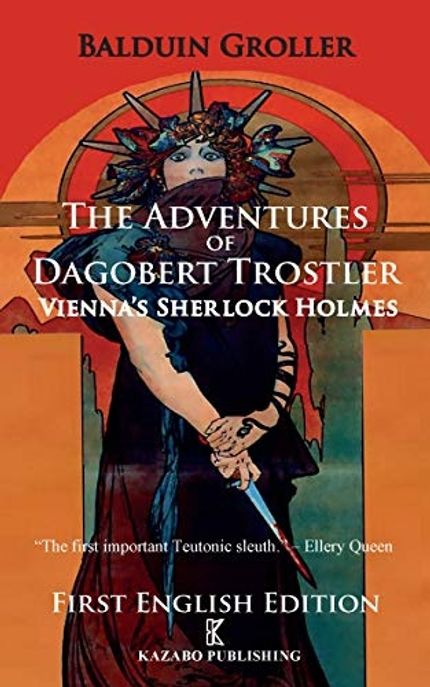 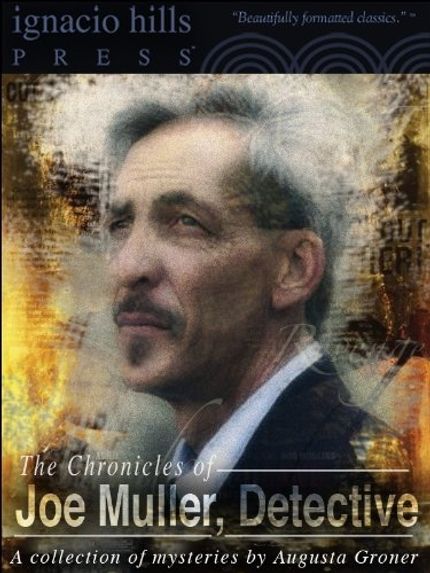 Until he was denounced during the Cultural Revolution and forced into retirement, Cheng Xiaoqing was China’s most popular crime writer. Inspired by reading Sherlock Holmes stories in a Shanghai newspaper when he was a young man, Cheng Xiaoqing created detective Huo Sang in 1914.

Related: 14 Sherlock Holmes Gifts for the Supersleuth in Your Life

“The Sherlock of Shanghai” has a sidekick, Bao Lang, who narrates the tales and generally bumbles about in a Watsonian manner. Sang also has a passion for exotic tobacco and a Moriarty-like nemesis in the form of the supervillain known only as South-China Swallow.

Cheng Xiaoqing knocked out his Huo Sang stories at a rate even the prolific Sir Arthur Conan Doyle would have been amazed by, and it’s said that, by the 1940s, there were close to 30 volumes of them. As well as being satisfying whodunnits, the Huo Sang stories also offer a window into the lost world of 1930s China. 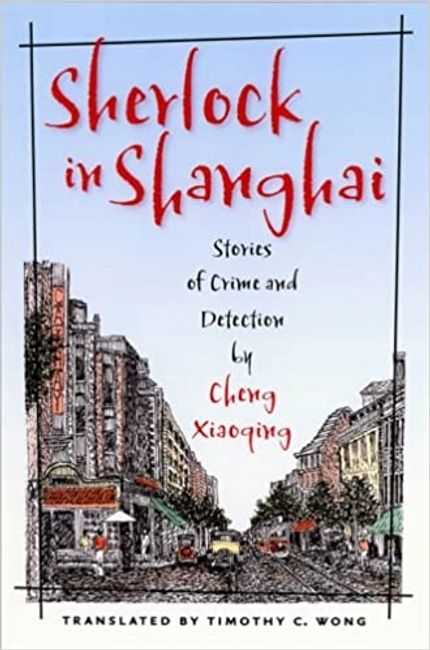 In Kolkata and Bengal, the expression “Thank you, Bakshi!” is the equivalent of “No shit, Sherlock!" This sarcastic retort to a statement of the blindingly obvious honors the man often called “The Indian Sherlock Holmes,” Byomkesh Bakshi.

Created by future Bollywood screenplay writer Sharadindu Bandyopadhyay, Bakshi first appeared in a short story in 1932. Unhappy with the job description of detective or investigator, Bakshi, who lives in the sprawling Kolkata bazaar area, styles himself as “The Inquisitor.” His cases involve everything from smashing international drug gangs to solving domestic thefts, and are narrated by his friend Ajit Kumar Bannerjee.

In all, 32 stories featuring Bakshi were written. The character also spawned numerous comic books and cartoon strips and features in several Bollywood movies. 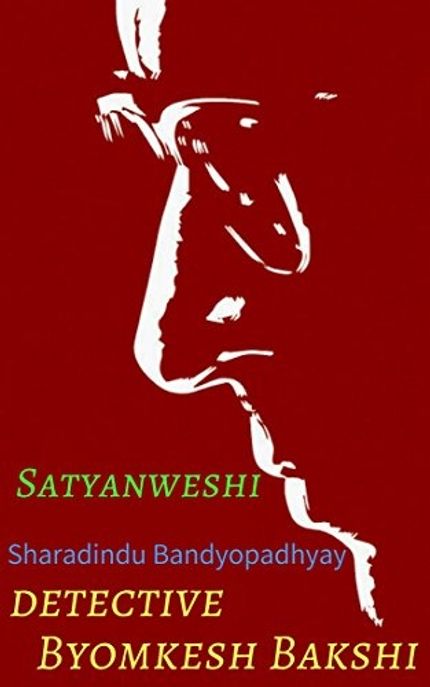 Hirai Taro, who wrote under the pen name Edogawa Rampo (a mangled version of Edgar Allan Poe), is the Godfather of Japanese crime writing. When Conan Doyle’s stories first appeared in Japanese translations at the start of the 20th century, the young Rampo devoured them. When he turned to writing in the 1920s, Rampo quickly created his own brilliant but eccentric sleuth, Akechi Kogoro—a tall, lean, snappily dressed genius who operates mainly in Tokyo.

Related: The 8 Best Sherlock Episodes to Jump-Start Your Obsession

Akechi is married, and adventures such as The Black Lizard—featuring a tattooed female master criminal—have a darkly sexy edge that’s definitely not part of the Holmes universe. Mainly though, Rampo sticks faithfully to Conan Doyle’s template. Akechi is a master of disguise, a judo expert, and even smokes Egyptian cigarettes. There’s a Tokyo equivalent of the Baker Street Irregulars in the form of The Boys Detectives Club, and the Moriarty element is provided by The Fiend with 20 Faces.

In an amusing diversion, Akechi’s main sidekick is a teenage boy, Kobayashi Yoshio, who often disguises himself as a woman. Something John Watson refrained from. At least as far as we know. 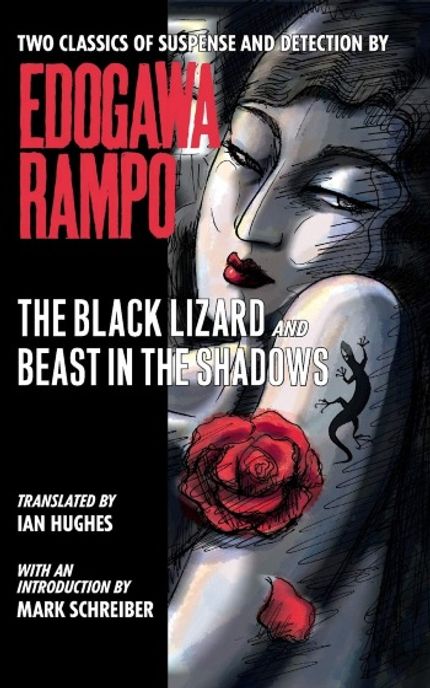 Born in northwest Spain in 1851 and inspired by French heavyweights Victor Hugo and Emile Zola, Emilia Pardo Bazan was a writer of strong feminist principles and a lifelong campaigner for equal rights for women. Given Sherlock Holmes’ ingrained male chauvinism, it’s perhaps unsurprising Pardo Bazan was unimpressed with Arthur Conan Doyle’s detective. Thus she created her own, Ignacio Selva.

A wealthy dandy from a well-to-do Madrid family, Selva—like Holmes—takes to detection to overcome his boredom. After Selva appeared in the short story The Drop of Blood in 1911, Pardo Bazan declared that she was writing a novel about him that would have a Freudian depth the Sherlock Holmes stories lacked. After that, silence. Then, a few years ago the manuscript of Los Misterios de Selva was finally discovered. It was published in Spain for the first time this year, the centenary of Pardo Bazan’s death. 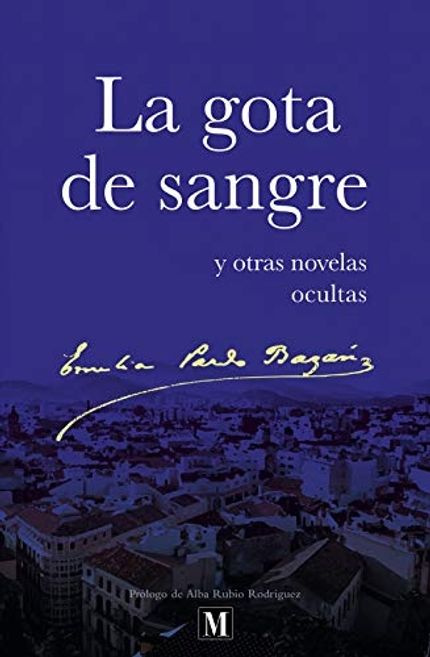 While a case can be made for Jacques Futrelle’s brilliant creation Professor Augustus SFX Van Dusen (The Thinking Machine) being The American Sherlock Holmes, the title is more usually awarded to another fictitious East Coast academic, Craig Kennedy.

Created by Arthur B. Reeve, Kennedy first appeared in Cosmopolitan magazine in 1910. A professor of chemistry at Columbia University, Kennedy smokes a pipe, is an expert in unarmed combat, a crack shot, and has an extensive knowledge of everything from bacteriology to the invisible rays of the electro-magnetic spectrum via snake venom and psychoanalysis. He’s also the inventor of a lie-detector machine. Kennedy’s “Watson” is newspaper reporter Walter Jameson, whose ability to be constantly amazed by the Professor’s genius stretches over 170 stories and 30 novels. 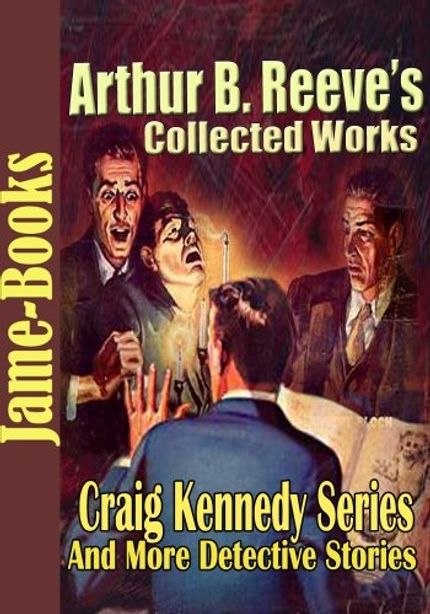 Though he was billed as “The King of Detectives, The Viennese Sherlock Holmes,” most of the adventures of Jewish sleuth Max Spitzkopf take place in Galicia, then part of the Austro-Hungarian Empire, but now in the Ukraine.

Related: The Memoirs of Sherlock Holmes

The tough and brilliant, Spitzkopf, who appeared in 15 stories written around the time of the First World War, was the creation of Yoyne (Jonas) Kreppel, a successful writer, historian, and publisher from Drohobycz. Written in Yiddish, the stories had a profound influence on future Nobel Prize-winner Isaac Bashevis Singer, who read them as a boy in Warsaw.

Spitzkopf is tough, resourceful, and able to fight or think his way out of every tight corner. Sadly, the cruel advance of history was not so easily dodged. Following the 1938 Anschluss, Kreppel was arrested by the Nazis. He was murdered in Buchenwald in 1940.