How Did Murder Become Cozy?

The fascinating history of this paradoxical genre.

For many murder mystery writers, cozy mysteries are exactly that: comforting and fun. These books lack the more serious aspects of crime, such as gore and sexual violence, as well as swearing or sex. Usually, the main character is an amateur, often a woman, with an adorable pet, and working in their dream profession, usually a store of some kind like a bookstore or bakery.

The genre is meant for readers to have a safe place to read about crime but not be too disturbed by it. But it’s a bit of an oxymoron.  In a 2021 Atlantic article, Alyse Burnside called it a “paradoxical concept of a feel-good murder.” The history of detective/crime fiction might help understand how we got the cozy mysteries that we know and love today.

While most people are familiar with the work of Agatha Christie as the Queen of Crime, few may realize that “the father of horror” Edgar Allen Poe is credited with writing the first detective story, “The Murders of the Rue Morgue”, in 1841. Even more surprising is that both the first full-length mystery novel and first full-length detective novels are The Woman In White (1859) and The Moonstone (1868) respectively by Wilkie Collins.

The Woman in White 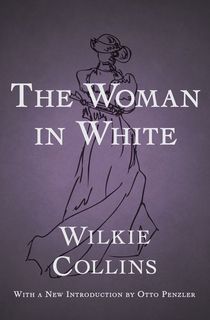 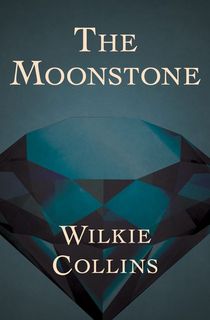 In Towards a Theory of Whoddunits: Murder Rewritten, edited by Dana Percec, scholars have argued that detective fiction and closely related mystery fiction as “the legitimate offspring of the Gothic” (Forward). Gothic literature became popular in the late 18th century all the way through the 19th century, evolving into the more familiar Victorian Gothic literature. From this world of the supernatural and the dark corners of the mind, mystery fiction was born.

Initially, both genres shared a lot of commonalities such as transgression against the rational world, suspense, and fear, as well as secrets that will be revealed (Theory of Whodunits, Chapter 2). Instead of focusing on dark forces of the supernatural in Gothic stories, early mystery/detective fiction seems to focus on understanding the dark recesses of the criminal’s mind, exemplified by Sir Arthur Conan Doyle’s beloved Sherlock Holmes. 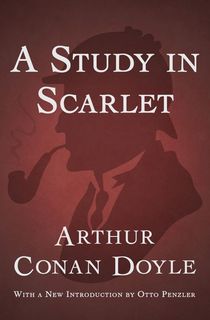 While G. K. Chesterton of the Father Brown series may be considered the “father of cozies,” according to Amy Manikowski, most writers cite the start of cozies with Agatha Christie and her fellow writers in the 1920s and 1930s.

While Christie's work is usually labeled Golden Age of Mysteries rather than cozy mystery (which may have been a more recent label), her novels presented a different type of detective. There is less of the brooding detective (amateur or not) parsing out the psychological underpinnings of a crime. Instead of twisted minds plotting murder and mayhem in dark alleys, now murders were taking place between British aristocrats for love, money, and revenge (broadly speaking). The murder, while grisly by definition, was not quite as disturbing and gory for the most part. Plus readers had a fighting chance of picking up the clues that would lead to the final suspect. 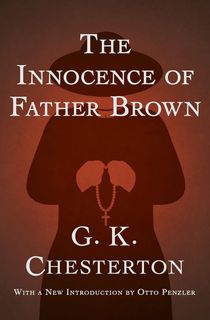 It does seem curious that these lighter mysteries took off in the Interwar years. The horrors of World War I are very much in the recent memories of people. People may be looking for something to feel better about the world. Lord Peter Whimsey said it best in Thrones, Dominations written by Dorothy L. Sayers and Jill Paton Walsh: “Detective stories keep alive a view of the world which ought to be true... They feed a hunger for justice ... you offer to divert them, and you show them by stealth the orderly world in which we should all try to be living.”

That sounds like it could apply really well to the cozy genre.

The Golden Age of Crime faded around World War II and a new interest in a different kind of mystery style rose. Emily Martin writes, “In contrast to the Golden Age detective novels that came before them, these hard-boiled mysteries were less about the puzzle and more about revealing the dark side of crime and detective work.” That’s when we see the rise of Raymond Chandler’s Philip Marlow and Rex Stout’s Nero Wolfe. (Note there are significant overlaps of publication with Chandler, Stout, and Christie).

Again it seems coincidental that this turn to the darker side of life happened after the second World War. In his 1949 Cultural Criticism and Society'' essay, German philosopher Theodor Adorno wrote that ''after Auschwitz, to write a poem is barbaric.” While he was not advocating the complete end of literature as result to the horrors of the Holocaust, the comment suggests that literature could no longer be light and fun. There is too much horror in the world for that now.

Eventually, the pendulum swung in the other direction. Martin wrote, “The term ‘cozy mystery’ was coined in the late 20th century at a time when contemporary writers were trying to recreate the feel of the mystery novels from the Golden Age of Detective Fiction…” She explained that the genre emerged as a response to those hard boiled mysteries. She said, “cozy mysteries were a way of going back to the Golden Age times when mysteries would be solved, and that solution would lead to a satisfactory closing of the case, much to the comfort of the reader.”

(Of course, Sally Davis pointed out that there were writers who still held the torch for cozies such as writers Lilan Jackson Braun and Rita Mae Brown in the 1960s and 1970s.)

Growing up with Agatha Christie novels and Murder She Wrote, many people associate murder mysteries with cozies. Sure, there is murder but it’s in a comfortable environment. Burnside wrote, “Cozies make it easy for a reader to create a boundary between themselves and the murders they read about, in part because the characters themselves tend to maintain lighthearted distance from the crime they are investigating.”

These days, we’re seeing an explosion of subgenres in cozies, whether it’s food, romance, and the supernatural. There are historical cozies, many written in the time period that Christie and her contemporaries were writing, and even further back. Interestingly we’re seeing some evolution of the genre that brings a little bit more of the real world into the world of cozies. Often it includes more reference points to the present day, such as smartphones, social media, escape rooms, and in the near future, cannabis. But these books are also including some of the darker parts of life, from racism to sexual harassment, which is of course a fine line to walk.

But while things may be a little darker than in the past, these books still provide the escape and sense of justice that people have come to expect from the genre.