Murder & Mayhem: How did you get started with mysteries?

Gigi Pandian: When I was little, there were so many things that pointed at why I should be [into] mysteries. My parents were professors—before retiring—so I grew up in a house filled with books, but I always gravitated towards the mysteries. When I was super little, we also had these little Scooby Doo books that had little supplemental mysteries in them.  I would always want to know more stories than were in the books. I would make my parents keep telling me stories, but then I didn't like where they were going. So I would start making up these stories. I guess my little four year old foray into fanfiction began right there.

Since I'm an only child, I went with them on various research trips that they were doing for their anthropology research. While there would be other children, a lot of the time, I was just left to my own devices to entertain myself. I would start making up stories about all of these different places that I was traveling and cool things. So they were always adventure mysteries. 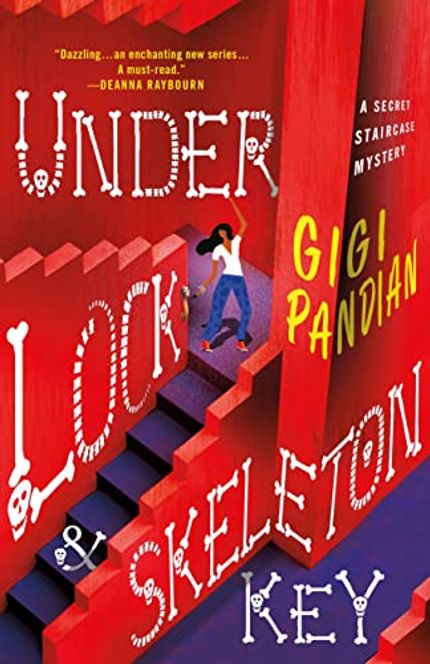 Could you talk about your award-nominated “The Locked Room Library” short story?

It takes place in the library of someone who converted her Victorian house in San Francisco to be on the first floor of a private library that she curated. It’s open to the public that focuses on Golden Age histories, especially locked room mysteries. It's her passion. That is my passion, too.

It's one of those things that I have been really nerdly obsessed with forever.  Locked room mysteries really were really popular about a century ago in the Golden Age of detective fiction in the 1920s and 30s. Then they kind of fell out of fashion, when it was less about the puzzle and more about the why and the psychological reasons for things, which I've never gravitated towards those books as much.

I love the puzzles, especially when they have an atmosphere that's really cool. It's only recently that they're starting to come back a little bit, which I'm thrilled to see.

As I was a baby writer, I was just figuring out how to write mysteries and develop my craft and get more skill. I would play with writing locked room mystery short stories. But the “Locked Room Library,” I feel like it is the best one that I have ever written.

With your new series, what made you decide on a magician for the central story? Did Clayton Rawson’s Great Merlini influence you?

Those stories and books are some of my favorites but he's not as much of a favorite as John Dickson Carr. Magicians are just such cool characters to have impossible crime stories because it's so much the same thing of misdirection. So the mystery that a stage magician creates is parallel to the misdirection that somebody who has created an impossible crime situation. I love that parallel.

It was actually the book from the Golden Age of detective fiction that got me into stage magic in the first place. I wasn't one of those kids who got a magic set and started learning how to do those things.

One fun thing I got to do for one of my book tours for my Accidental Alchemist mystery series when I was in Southern California, one of my friends in Southern California is a magician. He taught me how to do this one routine with him and then he then joined me at a couple of events where we did this little mini mentalism act on the tour. It even related to the plot in the series. 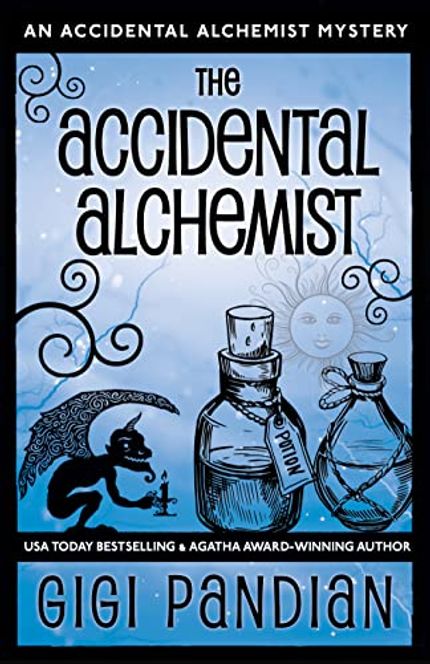 Could you talk about the family curse at the core of the book?

One of the things that why I think that puzzle plots sometimes get a bad rap is that on one level, you can have something that is a perfectly fair play puzzle plot that is fairly clued. The reader could guess it but that's only an intellectual puzzle.

That's great if that's what you want but that's not personally what I want to get out of a puzzle plot. I want the added Gothic atmosphere. I think of all the books that I write as Gothic cozies, which isn't a thing but I want to make a thing because I think it is the perfect way to describe a certain type of cozy puzzle plot mystery that John Dickson Carr is a perfect example.

There really is this gothic atmosphere that's created; there's a ruined castle or this cliff that witches were supposedly hung at. It seems like the only possible answer could be a curse but there actually is a rational explanation. I have lots of fun playing with the idea of Tempest being from a long line of stage magicians, but there is this curse that the eldest child dies by magic. So is there really something to this curse? Or is there something else going on here?

I want readers to be able to curl up with a ghost story, but also know that they're getting clues there and there is going to be a rational explanation. I want you to be able to get caught up in the story and have this cool, creepy, Gothic atmosphere. You can follow along with Tempest, following the clues and getting to the twist that you won't see coming, but that you could have.

You get that fun aha moment at the end that I love getting in books, because even though I love puzzles, I don't actually want to solve them. I want to have that, “of course!” head slap moments that are just really satisfying because you can look back and see it.